It's been a crazy few weeks and I haven't been as consistent with my Mid-Week Munchies!  I figured I should update you on a bunch of the interesting FINDS I have been into lately as well as several other things!

As far as some semi-'normal' grocery type things I have purchase the last week or two I have found in random order from various stores: Apples, Carrots, Celery, Walnuts, Tortillas, Hot Dog Buns, Oatmeal(s), Dates, Pineapple, Tomatoes, Avocados, Bottled Water (since my tap water has been questionable lately), Cashews, Green Beans, Chickpeas, Stewed Tomatoes, etc.  As for more 'interesting finds' - I recently came across good prices on Tofurky Italian Sausage and Kielbasa at a semi-local "Tops" as well as Eden's Sauerkraut and Vegenese.  I was also very excited to local and purchase Full Circle Organic Popcorn - Vegan!, Orgran Falafel Mix, and Peanut Butter Company's Mighty Maple Peanut Butter!  Over at my local Herb Store - I bought a few things including Organic Lemon Juice but more recently (today) I bought in Bulk - Organic Barley for $1.19, Red Lentils for Sprouting for 90 cents, and Cacao for just 79 cents!  Last week over at Aldi I found Coconut Milk, Vanilla Extract, and Tequila Lime Salsa!  From Wildtree I recently got the new Hearty Oatmeal Mix-In Sugar & Spice which I blogged about PLUS the brand new Asian Skillet Meal - I'm thinking about doing Asian TVP Sloppy Joes/Sliders with it!  AND...at Big Lots I found an AWESOME Granola!  LOVE CRUNCH from Nature's Path.  I assume it's just seasonal for Valentine's Day, tho...sigh...OH!  And...many of you saw that my SeedsNow.com order came in so I have those Sprouting Seeds, too!

A new thing I will start doing here at My Blissful Journey will be Mason Jar Meals.

A while back I blogged about ALL of the Mason Jars I bought and what I did with them!  Knock on wood - STILL - So Far So Good!  YAY!  (You'll have to read the post to see what I mean by that!)

So...I still have a bunch of unused Mason Jars and have been doing TONS of research on Mason Jar Meals!  They sound like they would be right up my Alley!

Here you will see a few examples of Mason Jar Meals!

The Photos I didn't take and I found them on Wildtree.com.  They have a growing Recipe Section featuring these Mason Jar Meals!

With a few small changes I think I can veganize most of them!  Of course when and if I do I will be sure to report my results, here!

And I am sure I will come up with some others along the way!

I LOVE that you can see everything that is IN each jar but also LOVE that it's easy to store and transport to work and other travel.

Of course I will have to play around with this well in advance and feel comfortable with it myself before sharing workshops with others.  But it DOES seem like a great idea, to me!

I listened in on some of the Global Juice Fasting Day that Steven Prussack and Bo Rinaldi co-hosted today.  It was very informative like I knew it would be!  They had a few guests, too, including Jay and Linda Kordich and Health Pioneer Dr. Jameth Sheridan.

I've listened in on several of the calls that Steven has done in the past and he does a great job!  As a fellow radio person - that in itself IS a draw for me, too!  BUT...Steven was even MORE full of energy today than he usually is!  It was awesome!  He 'spilled the beans' on some of the near-future projects he's working on and one I am REALLY excited about it Juice Time Tuesdays.  He mentioned it would be FREE and I asked if there would be a blogging circle of people to list of participants - I think that would be cool...I will let you know if I hear any more about that!

If you would like to check out some sites he's involved with - here you go! 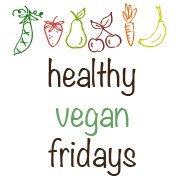 So...that is what's been happening in my world!  What's been happening in yours?  Any plans for the weekend?  REMEMBER...next week is Vegan Pakistani Foods Week where I will be attempting a few Veganized Dishes from Pakistan or Pakistani Inspired.  The follow week is Norwegian Foods Week!  Do you have a suggestion for an upcoming week?  Let me know!