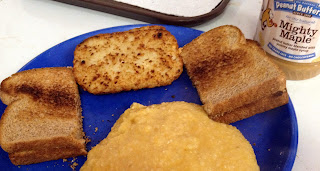 I'm optimistic this week will be better than last week.  That's all we can really, do, right?  Talk ourselves into a better week!?  Anyhow...I have LOTS to share with you today!  Lots of RANDOM Stuff but still - it's STUFF - at that!

I ended up LOVING the Peanut Butter Company's Dark Chocolate Dreams Peanut Butter and when I went to Tops on Saturday THEY had Mighty Maple so I got that one!  And BOY oh BOY is it GOOD!  I put it on toast yesterday for Breakfast and it was YUMMY!  I also did Vegan Cheesy Grits with Daiya Cheddar - those were pretty awesome, too!  I found Potato Cakes at Aldi's a while back and they didn't have any animal ingredients in them!  Woot!  I did two of those in a frying pan with some Earth Balance and that was my LARGE Sunday Breakfast.  I'm not usually a Breakfast person but I am REALLY trying to be because I know how important it is!  I made a Potato Cake for my husband and that is why I used Earth Balance instead of Grapeseed Oil.  I am out of my Nautral Flavor and I don't think he would have liked the Garlic or the Basil Pesto with this!  I also have a little bit of the Discontinued Chili left...I'll have to savor it!  I might have to try and make my own.  I know it won't be AS good but it will be an option to my flavored Grapeseed Oils. 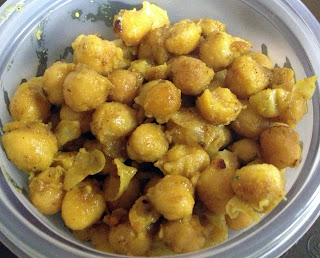 Last Week I did a few Ethiopian Dishes and I enjoyed them both.  This week I am going to try a few things from Thailand.  I do like Thai Foods but haven't MADE very many...YET.

Friday Night I was waiting for my Husband's Dinner to be done (in the oven) and while I was waiting I decided to do some "Thai Curry Chickpeas".

They turned out pretty awesome, if I do say so myself!  I would 'chalk this one up' as one I would do over and over again!


Here is what I did for these Chickpeas!

Dog Break!  Yes!  I have more food in this post but I have to add some pics from the furkids this weekend, too!  Eventho it was SUNNY it was COLD and WET and all-around questionable weather!  At least we didn't get the FEET of snow they were calling for!

Here is Riley and Suzie.  If you zoom in you might see that Riley was sticking his tongue out.  Suzie was barking at my husband.  He likes to mess with them sometimes.  He'll talk and she'll bark and half howl back. 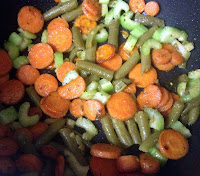 I ended up finding some Tofurky items at Tops, too!  I will post more about those on Midweek Munchies.  But I did jump right in with a dish last night for dinner.  It was a Saute of Sorts. 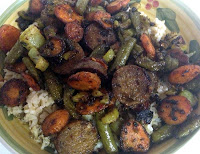 This is what it ended up looking like when it was done!  I decided to do some Brown Rice to put underneath.  This is WAY different than most of the foods I have been making flavor-wise.  I think next time I would add Potatoes and FOR SURE Some Balsamic.  It's pretty good the way it is here but I liked it even more when I tossed and mixed everything together!  I also added some Vegan Parmesan Cheese on top, too!

I stepped outside my comfort zone on this one and it was a pretty good attempt! 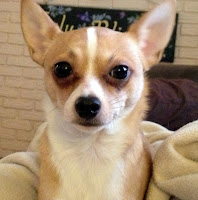 Another Furkids break!  This Furkids Break is being brought to you in part by...PACO!

This was a rare capture!  I just happened to have my iPhone on me and him on my lap FACING me and somewhat vegging-out for the afternoon on Saturday!

I'm so excited I got this pic of him.  He looks so serious...it makes me laugh!  Of course shortly after this photo he was back up and running around! 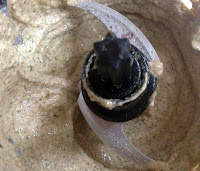 I warned you I had a lot to post today!  Here is ANOTHER thing I did Last Night!

It's a Mediterranean Walnut Sauce!  Again, VERY different from anything I have ever tried doing before but I was very excited about it!

I used one of my Ninja Blenders for this and it worked awesomely! 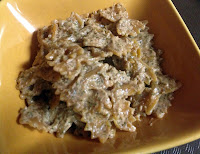 For this sauce I used...

I used half of this sauce to top Bowtie Pasta which you see here and I am going to use the other half to top Veggies, I think.  So...I think that is about it for now but I hope to do my Meal Planning later today and need to do another dish for tomorrow...so stay tuned for additional posts!