Pizza, Chi, and Me 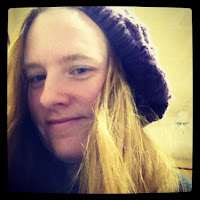 Another wicked crazy week is coming to a close.  It's been another Doo-Zee but I have been enjoying trying new things in the kitchen with foods!  I will be continuing Vegan Foods From Around The World Next Week, too!  A friend of mine suggested Thailand for my next Country.  Perhaps I will accept that challenge.  I do enjoy Thai Food when I have been able to have it.

Here I am sporting one of my many hats.  I LOVE hats!  This one was made by a local artisan.  I bought it from her well over a year now.  I love the purple color. 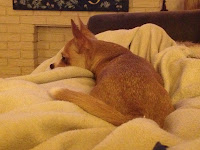 The little Chi Man has been a little terror lately.  I think it's his way of staying warmer, tho.  That - and - he LOVES to play!  Last night I snapped a photo of him FINALLY laying down...on a blanket on top of my legs while watching a few episodes of The Office on Netflix.  There are certain shows he LOVES.  Apparently The Office is one of them.  He does have sweaters but I usually only put them on while we go to visit someone or go outside.  He doesn't really like going outside much - so it's usually out to go and right back in. 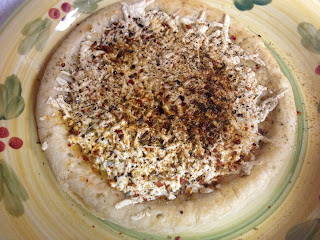 As far a food is concerned from last night...I was LAZY and did a Vegan Pizza.  I used Daiya Cheese that I had open and HAD to use and sprinkled a few Wildtree Spices on top.  I used the Hot Chili Pepper and Garlic Blend as well as the Spaghetti Blend...and maybe even a little Onion and Chive.  Inbetween the "cheese" and the "dough" I brushed Basil Pesto Grapeseed Oil on it.  I did brush Agave Nectar on the crust, too.  I found this single serving 'dough' in BigLots and for the life of me I can't remember the brand but it did NOT have dairy/eggs in it.  It certainly did the trick for dinner last night tho.