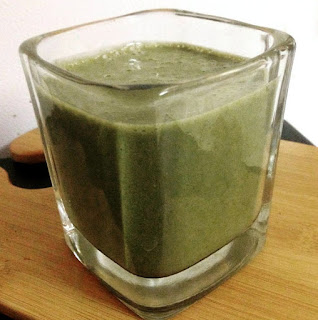 Happy Monday!  This is pretty much a Weekend Round-up of sorts but I guess I am starting backwards.  This morning I was successful with trying to stick with my Monday thru Friday Morning Smoothies!  Here's what I did for this morning:

It's pretty yummy!  I think I found the trick to doing smoothies with bananas for someone who doesn't like bananas like myself.  ADD DATES!  I wonder what tomorrow will bring for my morning smoothie?  I'm thinking Wheatgrass! 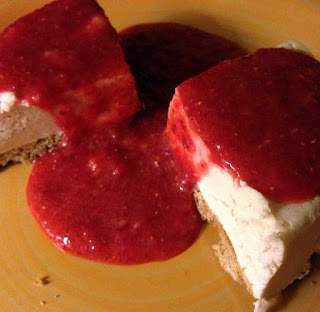 Last week I blogged about FINALLY finding Daiya's Cheezecake in my region.  I had some over the weekend.  Here's a photo of it.  I was looking for a vegan pie filling which I was able to find but I was really happy about the dyes and other not-so-great ingredients in them not to mention the PRICE.  So I found that buying a think of strawberries was actually cheaper than buying the canned stuff which is RARE where I live so I grabbed some and made my own.  All I did was throw some strawberries into my Ninja Blender (yes I still use this as a food processor mostly) and a bit of Organic Raw Cane Sugar.
*ADD 1 t of Garden of Life's Organic Plant Protein VANILLA.  It's optional but awesome! 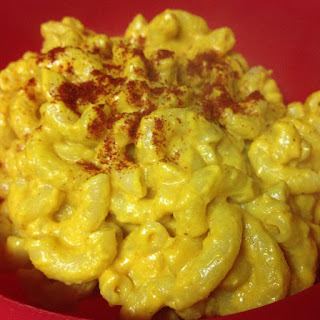 I'm kind of spoiling a little bit of my upcoming MidWeek Munchies but telling you some of these recipes but OH WELL.  I'll post about some of the ingredients TWICE this week!  Here's yet another Vegan Cheese Sauce I made this past weekend and I topped it with Spanish Paprika that I bought in bulk at my local herb store! 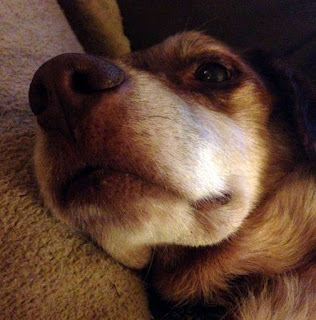 The sauce was tasty but I think I used a bit more Spanish Paprika then I would suggest to others that are just trying it for the first time.  I also noticed that 'regular' paprika has very little taste whereas this Spanish Paprika is POPPING with flavor!  If you can find it - BUY IT!  The difference is amazing!

The furkids enjoyed the weekend cuddling up to us.  We were around more than we had been but we still took a trip to Buffalo on Saturday.  More on that later in the week.

Here's a pic of Riley lazin' out in between me and the sofa.  What a SLUG! 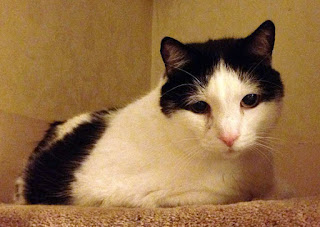 Friday night while I was writing I had Charlie sitting next to me on the stairs.  Yes...this is our feral cat Charlie.  He's pushing 15 years old and doesn't seem to be slowing down much.  He likes tormenting the dogs that is for sure!

Oh!  Yeah!  We also saw our first snow fall of the season.  As you might now I'm NOT a fan.

This morning it was 28 degrees.  Brrrr! 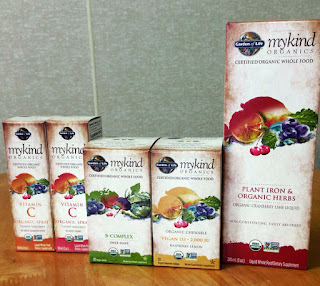 And in Friday's mail I received a box from Garden of Life!  YAY!  They sent me a bunch of their new products and I have to say I'm pretty stoked!  You may know I am not usually one for pill-taking but many of these are liquids.  I'm especially excited about the Vitamin C sprays!  I've tried them already and the flavors are pretty impressive.  I'm taking these NOW to fight off the germs of my co-workers!  I've also started taking Colloidal Silver.  More on that in a future post, too!  I'm also excited to announce that Garden of Life is allowing me to do weekly giveaways on the weekends starting THIS COMING WEEKEND so stay tuned for that!
Posted by Jennifer at 6:29 AM