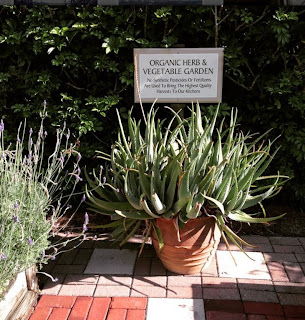 One of my FAVORITE parts of The Breakers was that they had an Organic Herb and Vegetable Garden on the grounds that they grew and maintained themselves.  They also used what they grew in their restaurants.

I had heard about their organic garden prior to our visit and I was super excited to check it out.

Dale and I took a stroll thru the gardens one morning and I took another walk thru them at least once.  I absolutely LOVED them.

In this first photo you can see a huge cactus/aloe-type plant they potted.  It was mammothly large!  They had a lot of potted plants and numerous raised beds. 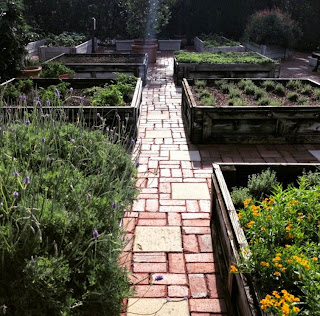 Here's a look at some of the raised beds.  We were free to walk in and take a look at any time, stop by touch/feel/smell the herbs - it was so neat!

They offered a weekly garden tour, too, but we weren't around while that was going on...I think we missed it by a day!

Some of the chef's would come out in the mornings to pick what they wanted to use for the day!  Talk about 'from garden to plate', eh?

The decorative bricks that surrounded the raised beds were delightful, too!

But it wasn't just this area that featured what they grew...many of the fruits were along side the one golf course walkway! 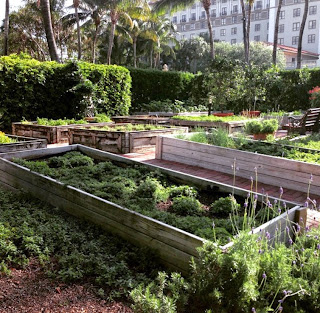 But before I get to those photos I thought I would post another shot of the herb gardens.

I counted at least 5 different kinds of basil!  Now that is impressive!

There were a few other raised beds that they were prepping for the next item to plant/grow but almost everything was well into the growing stages!

Nearly everything was clearly marked, too!  Which was super helpful for someone like me who was interested in what they were growing!

I probably nerded-out a little bit but it was so fun! 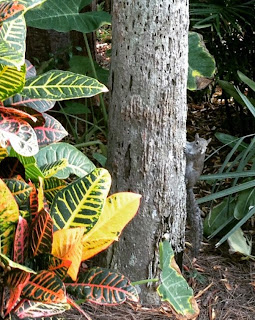 Just past the herb section of their garden was a walkway that ran along side the one golf course.  Again you could see the decorative brick under  your feet and green at every glance!

I mentioned in an earlier post that the salamanders and lizards were NOT afraid of humans and popped out to surprise passer-byes often.

The same went for the local squirrels.  As you can see this one didn't take his eyes off of me as he was ready to climb this tree.

I wish I had been able to more of the local birds - we did see some in the sky - flying by - but not as many on land as I had hoped but then again we didn't got outside of The Breakers all that much in the few days we were there either. 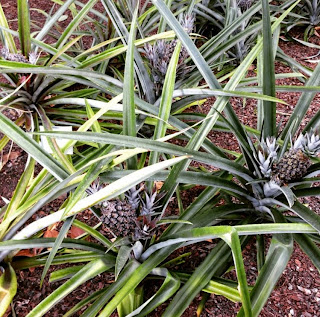 They also had an Avocado tree that was doing well and a Lychee that already had a permanent sign...among others!

There was one tree on the opposite golf course that I was unfamiliar with and am still wondering what it was.  I'm tempted to call The Breakers and ask them.  I don't think it was a Sugar Apple but then again I haven't seen a Sugar Apple up close and personal before.  I will try and post it here down the road in case anyone has any ideas on what it COULD be.  I was so excited I was able to see The Breakers Organic Gardens while we were there!
Posted by Unknown at 1:37 PM