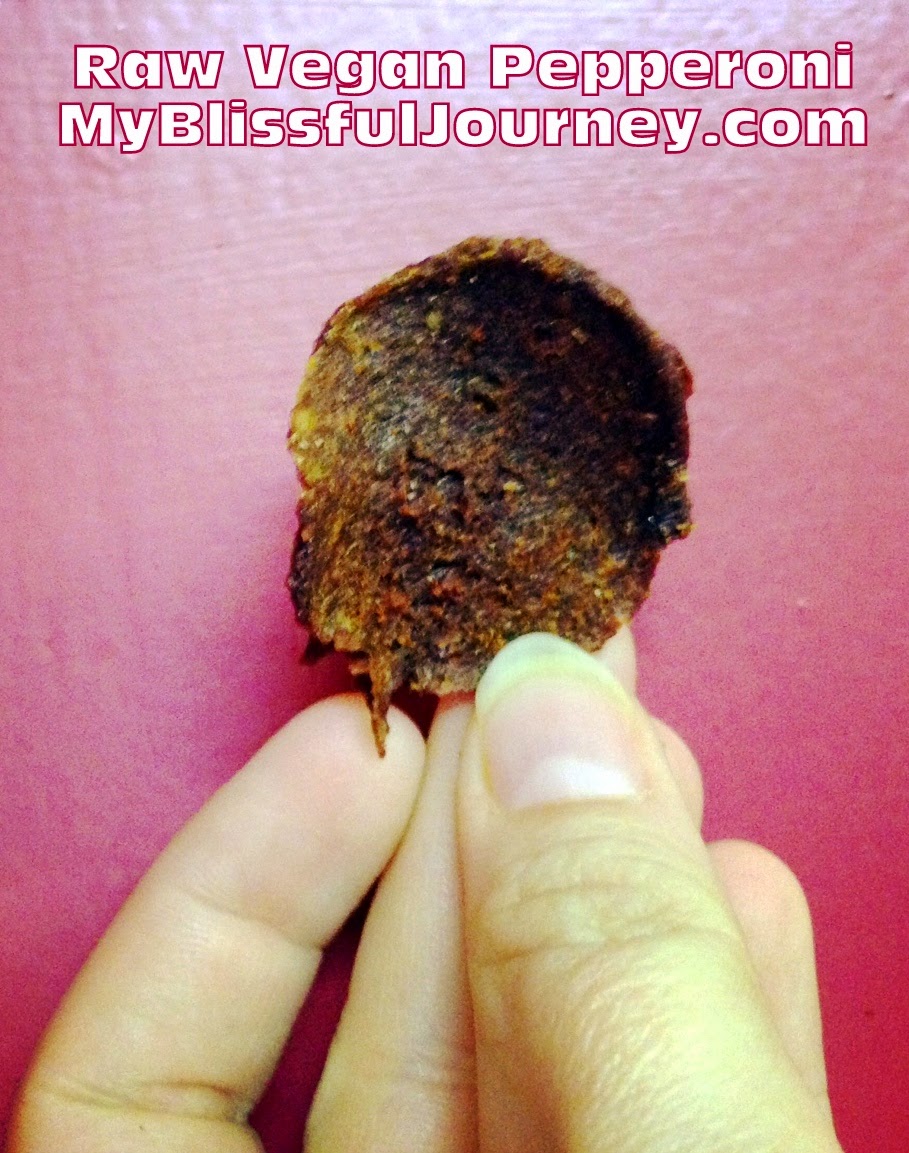 I had a few adventures or 'journeys' in the kitchen this weekend.  This was one of them!  I wanted to try and make Raw Vegan Pepperoni.  I think I was fairly successful!
Here's the recipe:
8 Salted Sun Dried Tomatoes
2 Tomatoes
1 T Minced Garlic
2 T Flax Seeds, Ground
1 T Hemp Oil
1/2 tea Original GoL's Raw Protein

After combining all ingredients - while leaving about a quarter of the ground flax for sprinkle - this is what it looked like while going into the dehydrator.  It was too gooey to flatten at this point so I threw them in the dehydrator for about 3 or 4 hours.  That's about when I took them out and flattened them - they were not as gooey - they were more dough-like at that point.

Here's a pic of when I flattened them.  You can see that the more moist insides smooshed thru and you can see two different colors.  I actually like the two-tone color combo going on here but they weren't done yet.  So I put them back in for about another 4 hours or so.  Of course I flipped them at least once right around that time too. 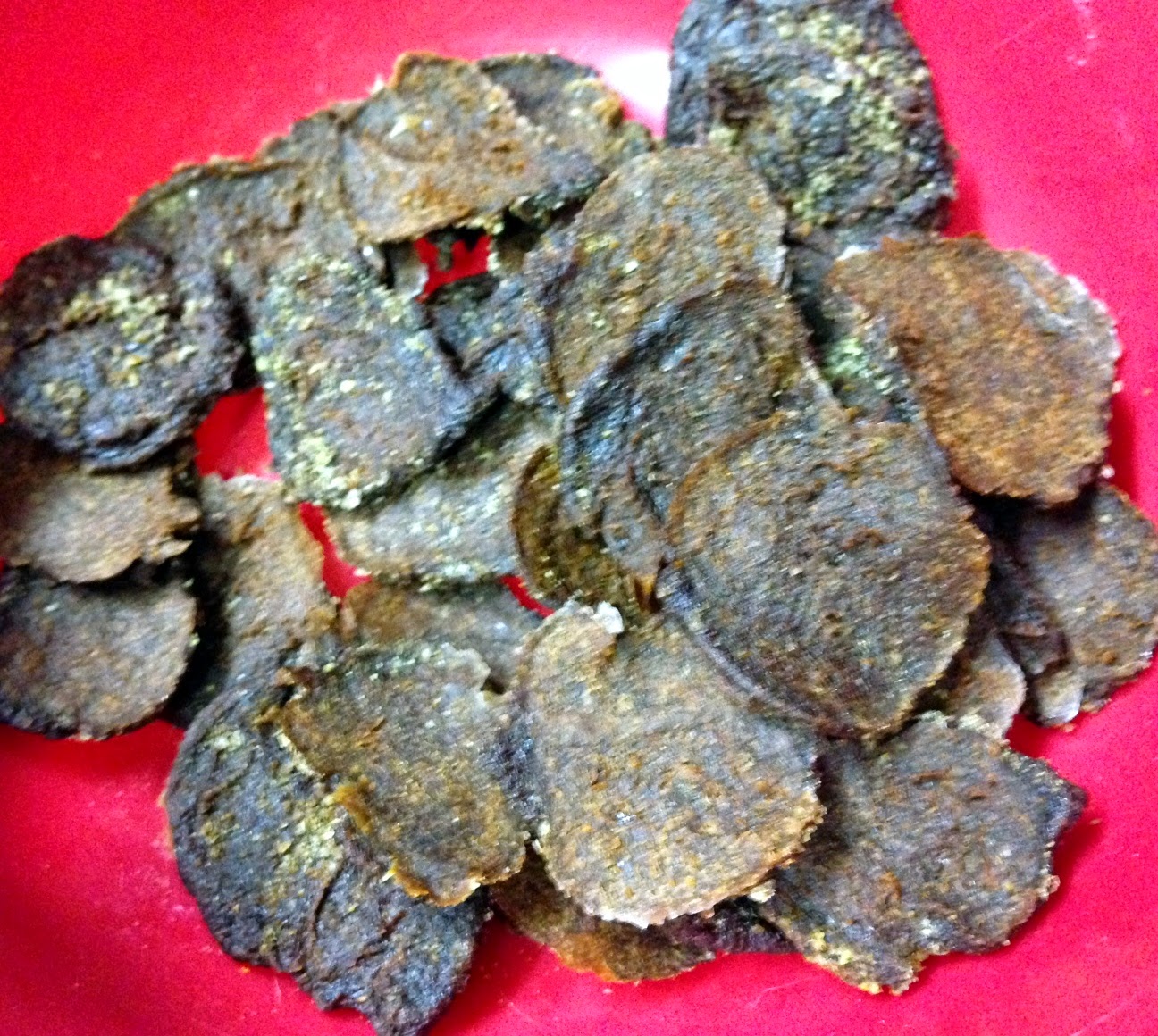 Tah-Dah!  Here they are!  I have a bowl of them to use throughout the week!  I ended up putting some on my Egg Trick Muffin that you saw yesterday.  I will be using them on salads, too!

If I get brave enough I might try and do another raw pizza which was another kitchen fail last week.  I didn't blog about that fee-ask-co but I instagrammed it!

I'm really trying to think outside the box with my dehydrator creations and I think I accomplished that with this one!