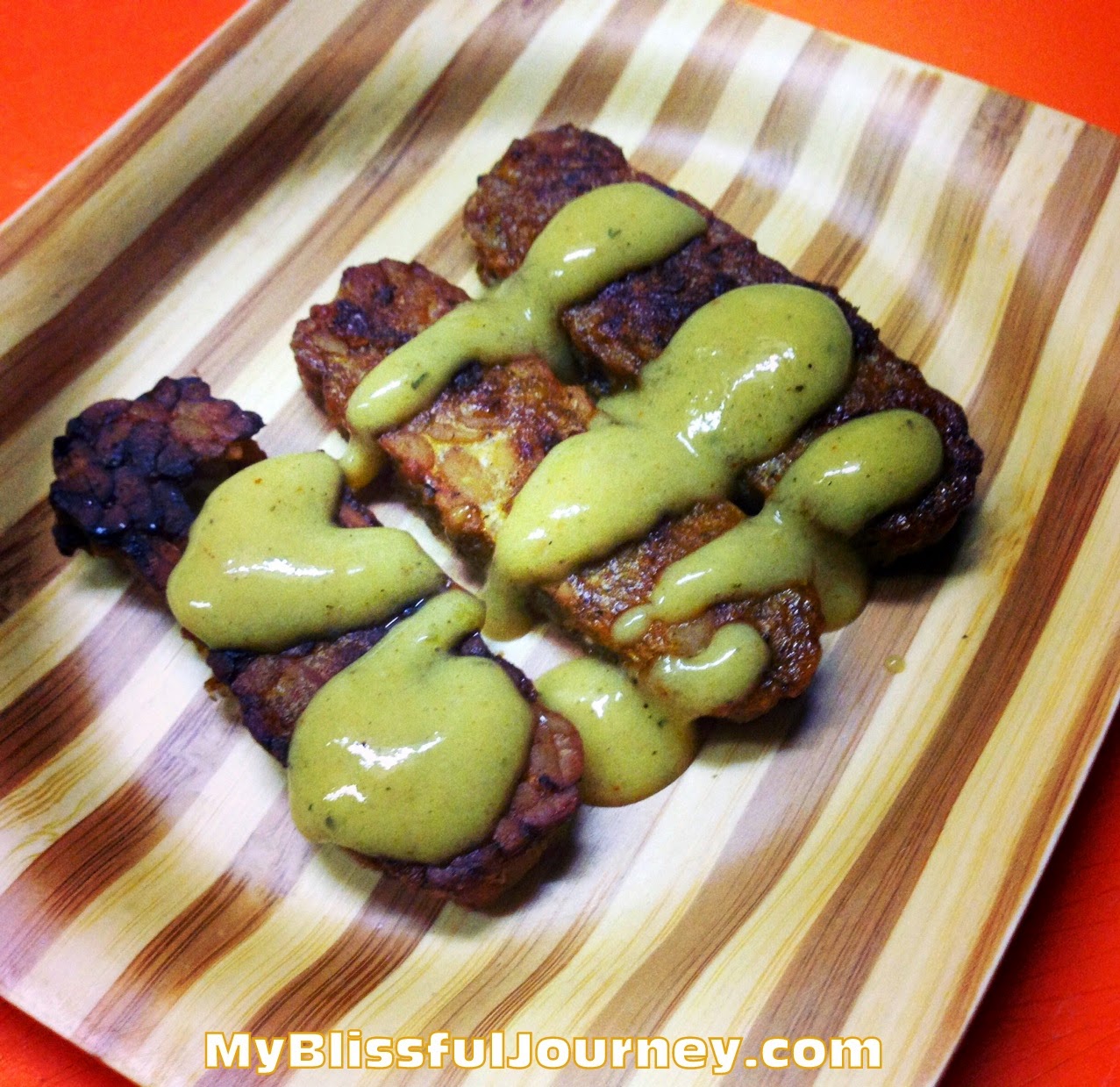 This was one of the many foods I attempted last week.  Jamaican Jerk Tempeh.  Here's the recipe for the sauce part...After soaking it - I baked it for 30 mins at 350.
3 Cloves Garlic
1/2 tea Ginger Powder
1/2 tea Red Jalapeno Powder
1 to 2 T Wildtree Jamaican Seasoning
1 T Lemon Juice
1 tea GoL's Original Raw Protein
1 C Mango
2 T Maple Syrup
And this was for about 10 strips or 1 package of Tempeh. 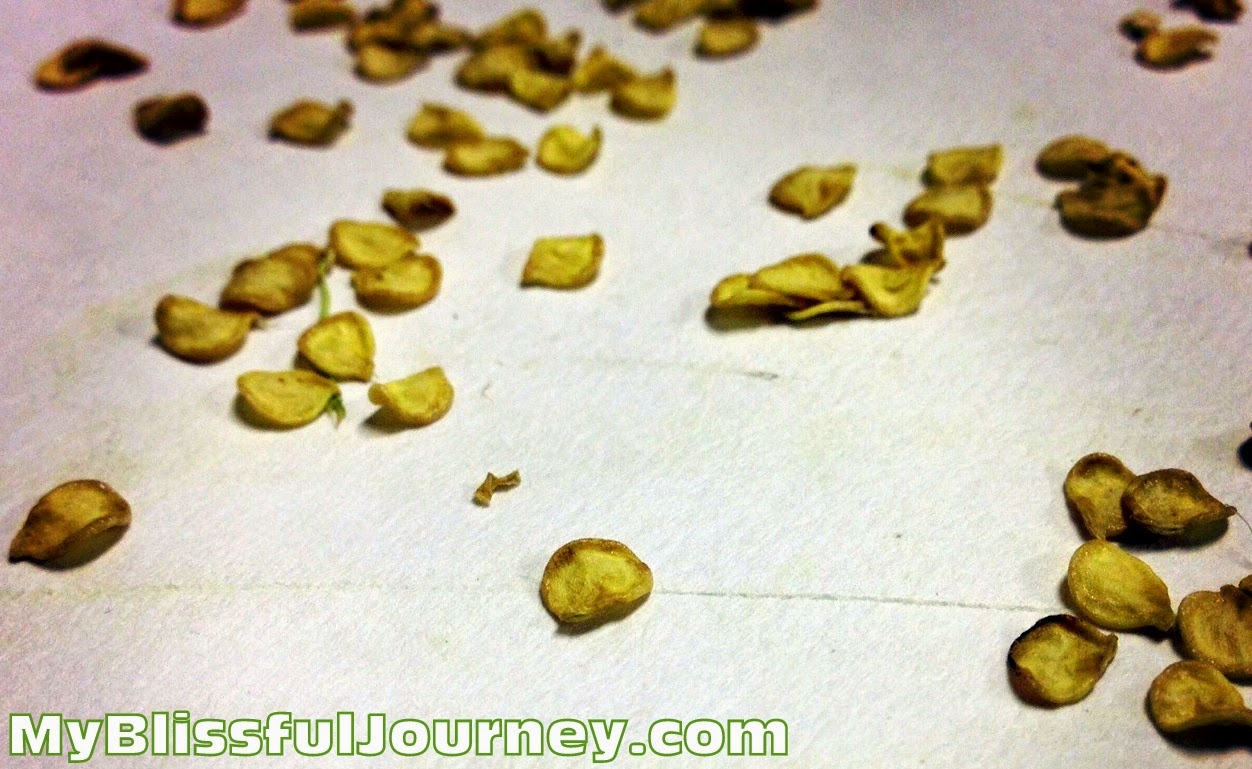 Since our Big Jim Peppers did so well we decided to try and dry some of the seeds and see if we could try our hand at planting those seeds and seeing what happened in future crops.  This is the first time we've tried doing this.  I'm sad to see summer and prime produced season coming to an end.  Sam and I want to try to keep a few things going indoors for the winter.  We are going to continue with the Basil and maybe a lettuce or two.  We will probably at least try and do some sort of pepper inside but we are trying to figure out what else we can grow indoors in the snow belt area.  More on that in future posts, I'm sure! 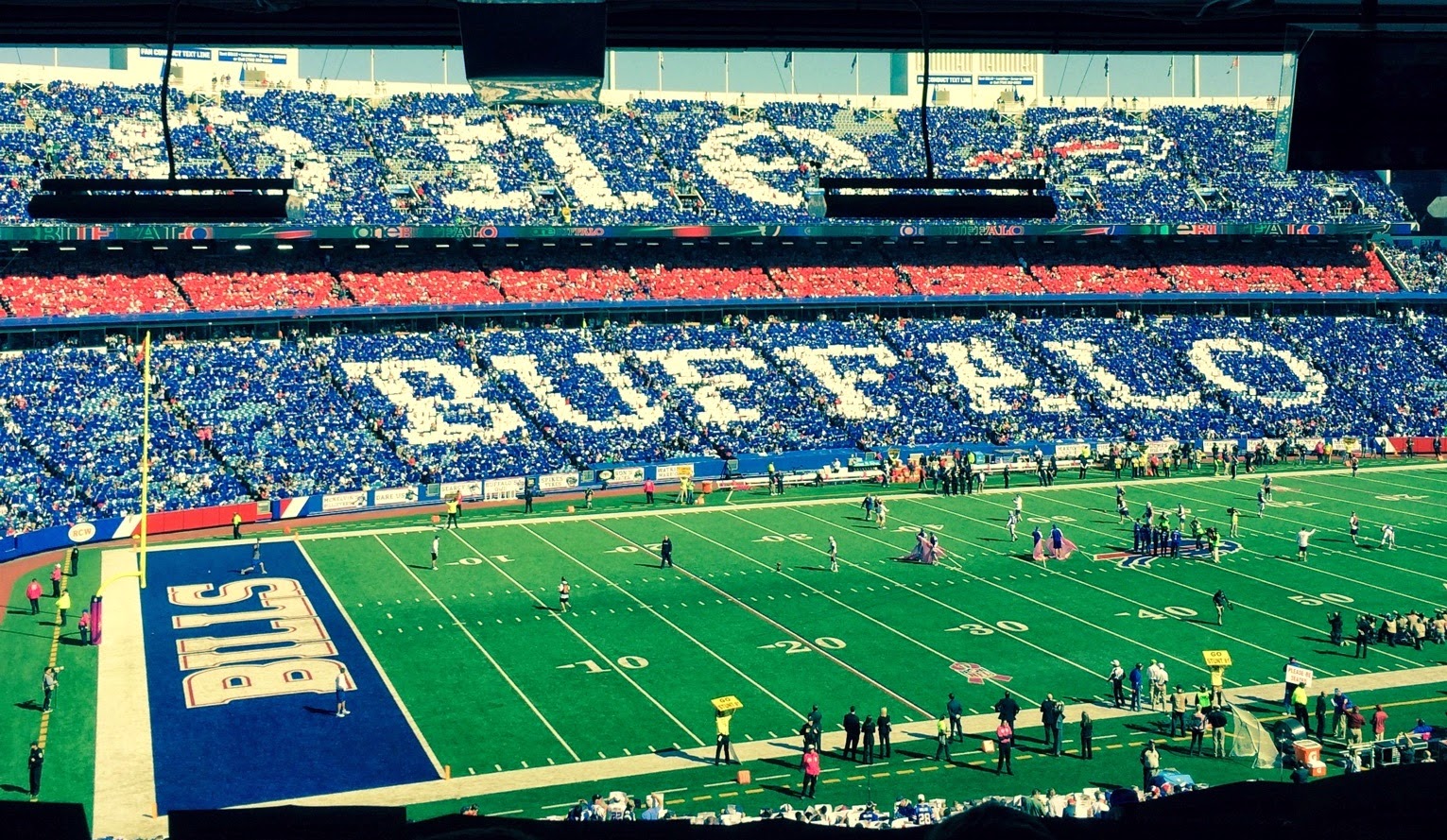 My  parents went to the Buffalo Bills game this past weekend and sent me this photo.  It's been a few years since I last attended a Bills game.  I'm just not into it as much as I used to be.  But I am very excited that Terry Pegulia and his family purchased the team and will keep the Buffalo Bills in the state of New York!  Terry's also the owner of my beloved Buffalo Sabres.  He's very loved in Western New York for keeping these teams alive in the Buffalo area.  I just hope the teams improve and win, soon!
Healthy Vegan Friday's Participant
Posted by Unknown at 11:44 AM