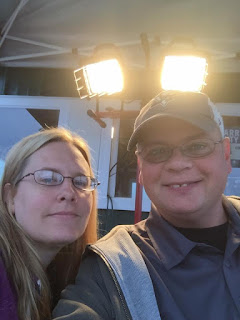 I know it's been a while.  A lot has been going on.  And I mean A LOT.  Pretty much every part of our lives have been going thru changes the last several months.  Personal, Family, Work, Volunteer, Community, Health, Relationships, etc.  Instead on rambling on and on about it I figured it was best just to jump in on current event rather to rehash things from the last weeks and months.

What I will re-cap QUICKLY for you in that we are past fair week...which ended up being more like fair month OR fair summer.  There was a LOT of preparation in this years county fair.  There ALWAYS is but this year seemed to be even more so. 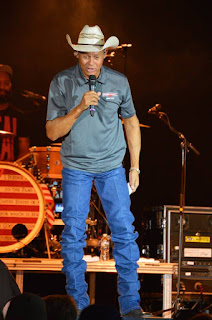 Here are photos of 2 of the concerts from this years fair.  This first photo is from last year but this year it was more of the same from the Morning Show!

Tuesday Night - Neal McCoy was LIVE in concert at the Warren County Fair in Pittsfield, PA.  It's was a HECK of a show!  I've said it before and I'm sure I will say it again...I'm not the biggest country music fan...but I do know what I like and I've always liked Neal McCoy.  He was actually the first performer I saw LIVE when I was in High School...and here he is 22 or so years later back at our fairgrounds!  He's a wonderful individual and a HELL of a performer!

He performed to a jam-packed 'house' (building).  He spent most of the show IN the crowd!  I think it's fair to say that Warren County will ALWAYS love Neal McCoy! 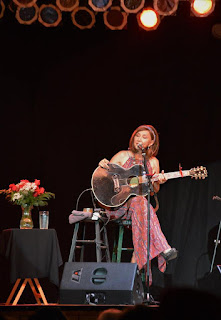 Wednesday Night - The Pam Tillis Trio performed to another FULL HOUSE!  It was Pam Tillis with 2 other females on stage with their acoustic instruments and vocals.  This show was unique and more intimate than her full band.

I originally was going to do a longer post but we are under severe weather warning at the moment so I might do another post later today or tomorrow.

I have a lot to share but haven't had a lot of time to actually POST and for that I am truly sorry!  Don't give up on me!  I'm back but I'm still trying to get fully back in the saddle so to speak!

What have you been up to!?