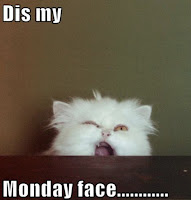 I found this cute meme on Instagram the other day and reposted and commented...This is my Monday Face...and Tuesday Face...and Wednesday Face...lol...YEAH...it's been a rough few weeks or months but I am trying to kick the attitude and start a NEW!

Eventho it's been a very mild winter here in the snowbelt I'm looking forward to spring regardless!  So far today we had between a foot or two of snow fall.  I was shoveling my sidewalk and driveway and the city plow came thru and plowed me back in.  Nice!  I'm typing that with much sarcastically - I don't know if you picked up on that! 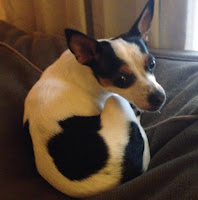 The furkids are doing well!  Cricket is a 'crazy lady' that is what we call her sometimes but she's also a sweet pea and darling girl!  She puts so much life into our home.  She has a devilish side, too!  She likes to torment her brothers.  Riley has a soft side for her most times whereas Paco is too polite to do anything to snap back and I usually have to stop Cricket from picking on Paco.  Paco is so funny - he actually waits in line to drink from the water bowl in the living room at night.  He lets Cricket and Riley go first and he waits until last to lap up the water! 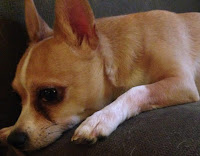 Paco is doing really well considering all of his medical issues.  He's been on his same meds for over a year now and his blood work is consistently where it should be.  He pees a lot but I would rather him do that than not be with us.  He's still sweet as ever!  And he's so strong to deal with everything, too!  He's plumped up from the meds but just adds to his character. 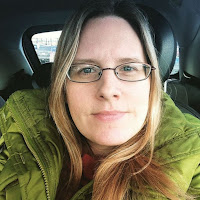 I took this photo on a sunnier day than today and just had not posted it yet.  I'm still wearing my glasses and most likely will just continue to.  I think it makes me look older but I don't really care.  I know in the past no one could believe I was 36 but maybe now I will start looking my age anyways.  It is what it is, right!?

Work has been rough but I'm still plugging along.  I've been fairly uninspired in the kitchen as of late and going back to some comfort foods, cheap foods, fast foods, and good old stand by's! 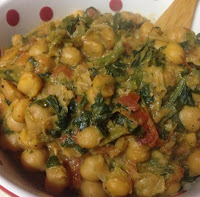 I've been throwing a lot of dishes together much like this veggie curry here.

I've been re-organizing my tea collection and re-visiting some old favorites.

I have been able to spend a good amount of time with my parents the last several months.  They went to Aruba last month.  They LOVED it.  My sister had a rough weekend because she lost one of her furkids to cancer. 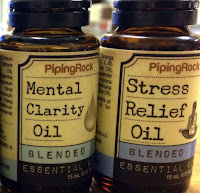 I'm still VERY MUCH into the Essential Oils.  My parents have gotten into them, too!  My sister has been buying some stuff online at PipingRock.com so I thought we would try it at as well.  So my parents and I went in on it together and they bought an Essential Oil Starter Kit with about 14 different oils.  I had at least half of them so I didn't get one of the kits I opted for 4 individual oils instead.

I decided to try 2 of their blends.  The Mental Clarity and the Stress Relief blends and I have them at work.  I have tried and like both of them. 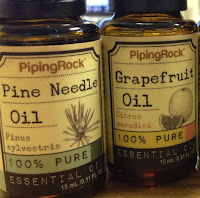 Then I grabbed some Grapefruit Oil and Pine Needle Oil.  Those were two of the ones on my results sheet I received before Christmas.  I really like both of these, too!  I will say that the Pine Needle surprised me.  I thought it was going to be way too 'manly' and pungent but it's 'just right'.

I really like Piping Rock so far!  Their prices are quite a bit lower than many other sites I have seen.  I've only gotten their oils but I intend to make a purchase down the road that contains some of their nuts, seeds, snacks, etc.
Posted by Jennifer at 11:24 AM