Most of this week I will be posting about the WNY (Western New York) VegFest that took place this past Sunday.  If you have been reading the other posts thus far you will see that I really had a great time!

Here's a silly photo of me in one of those character cut outs.  I think someone named this green guy in a purple suit "Cilantro Frank".

In this post I will be sharing some of the vendor tables we visited.  Everyone was really nice and fun to be around!  I made a few donations at a couple of the tables one being Ester The Wonder Pig.  Late last night I found that The Vegan Zombie posted a video about the WNY VegFest AND Ester The Wonder Pig so check out their embedded video at the end of this post.

Eventho I don't consume a lot of meat alternatives I was happy to see Tofurky be a large part of the event.  They are a HUGE Vegan company that is for sure!  I have tried some items I do like from them.  They had another guy that was wearing a HUGE Tofurky Box for the race which was pretty funny.  I guess it was the first 5k Tofurky Trot above the Mississippi from what I hear. 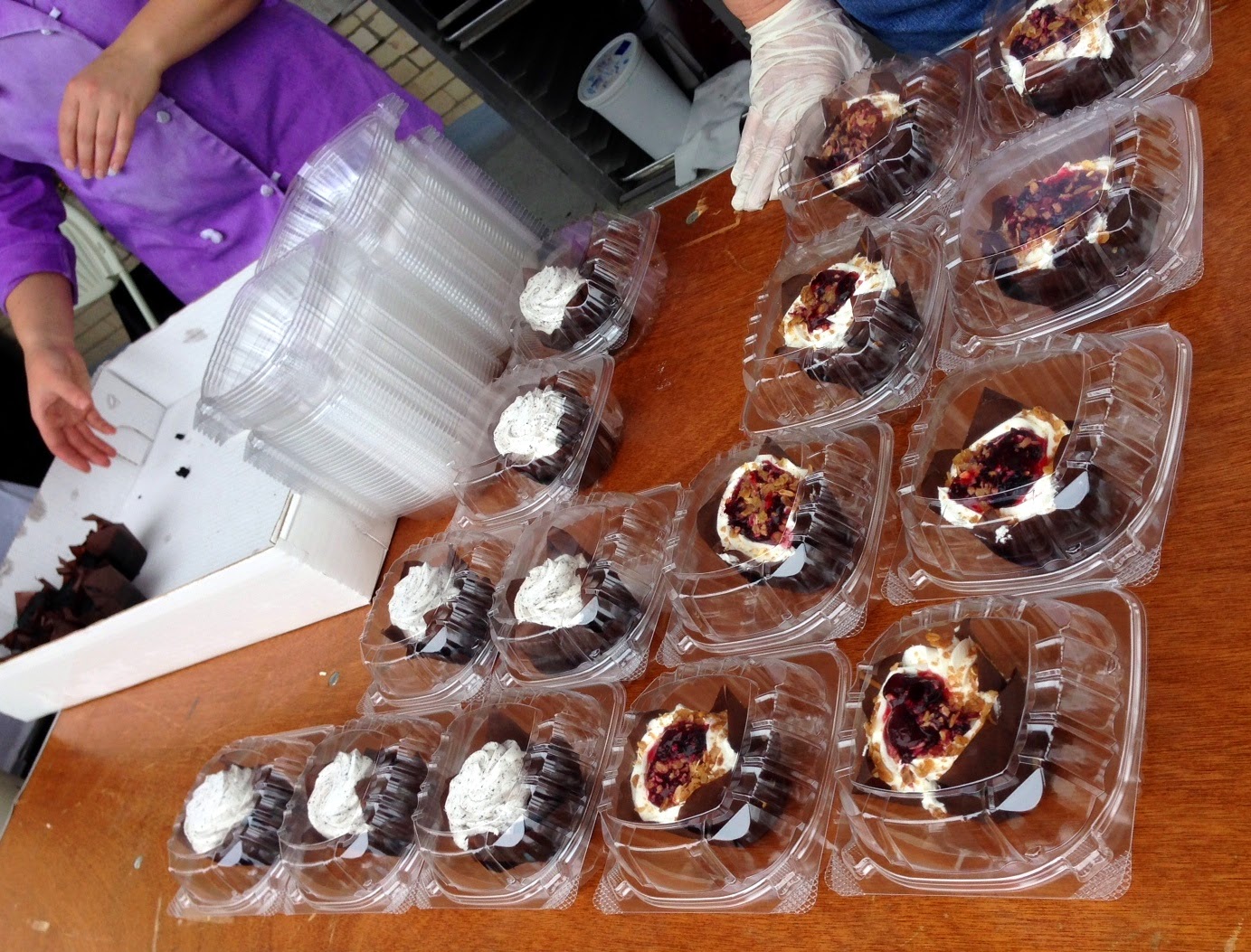 Of course anything chocolate will grab the attention of most.  This dessert company sold all vegan desserts at the event.  The corner of the building they were on was a little congested so we didn't stay long but I heard a lot of interest from vegetarians and non-vegetarians alike.  I did hear someone ask if they were Gluten Free and these weren't bit some of the other items were Gluten Free.  I was just glad that you didn't have to ask if there were vegan options since everything there HAD to be in order to be displayed.  It's like you didn't really even have to think!  It was AWESOME! 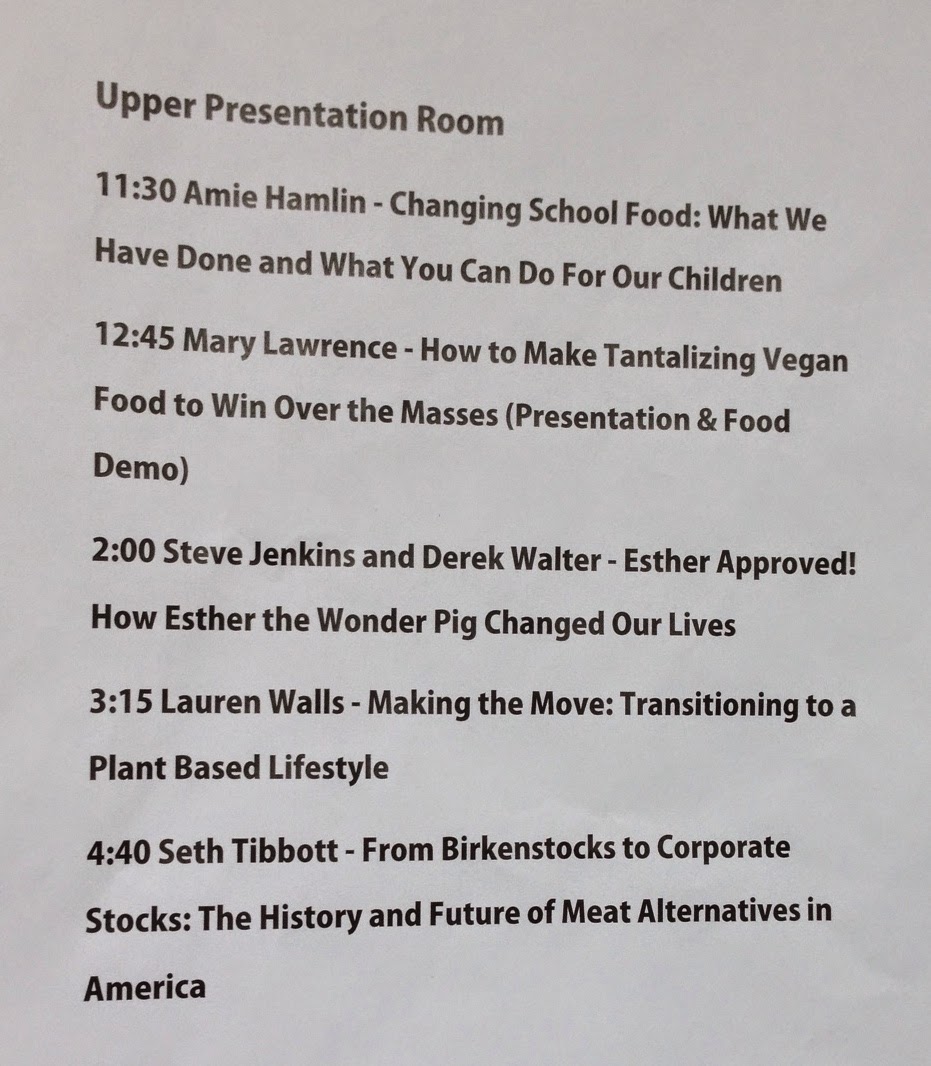 Another great thing about the festival were all of the speakers.  Since my sister and I only stayed for a few hours because of our other obligations that day - we didn't stay for the speakers.  But here is a list of about half of the ones they featured that day.

Many of them sounded interesting!  MAYBE next year we can attend some of the talks, presentations, and seminars!

I really see this event getting bigger and bigger every year!  I still think they had WAY more people attend than they originally expected or even hoped for!  That's ALWAYS a plus, eh!?

Another thing that I liked doing during my time at the festival was donating food!  I grabbed a few items from my stash including some brown rice pasta, some individual protein powders, some tabbouleh, and some natural sweetener and donated it when we got there.

Food donations went to Food Not Bombs.  They gave out informational and free sample bags for those who donated something.  There were a few snacks in there including some veggie chips and a sample of a Raw Revolution bar.

Tomorrow I hope to have a post about some of the food vendors, too!