Hangin' with the Vegan Zombie... 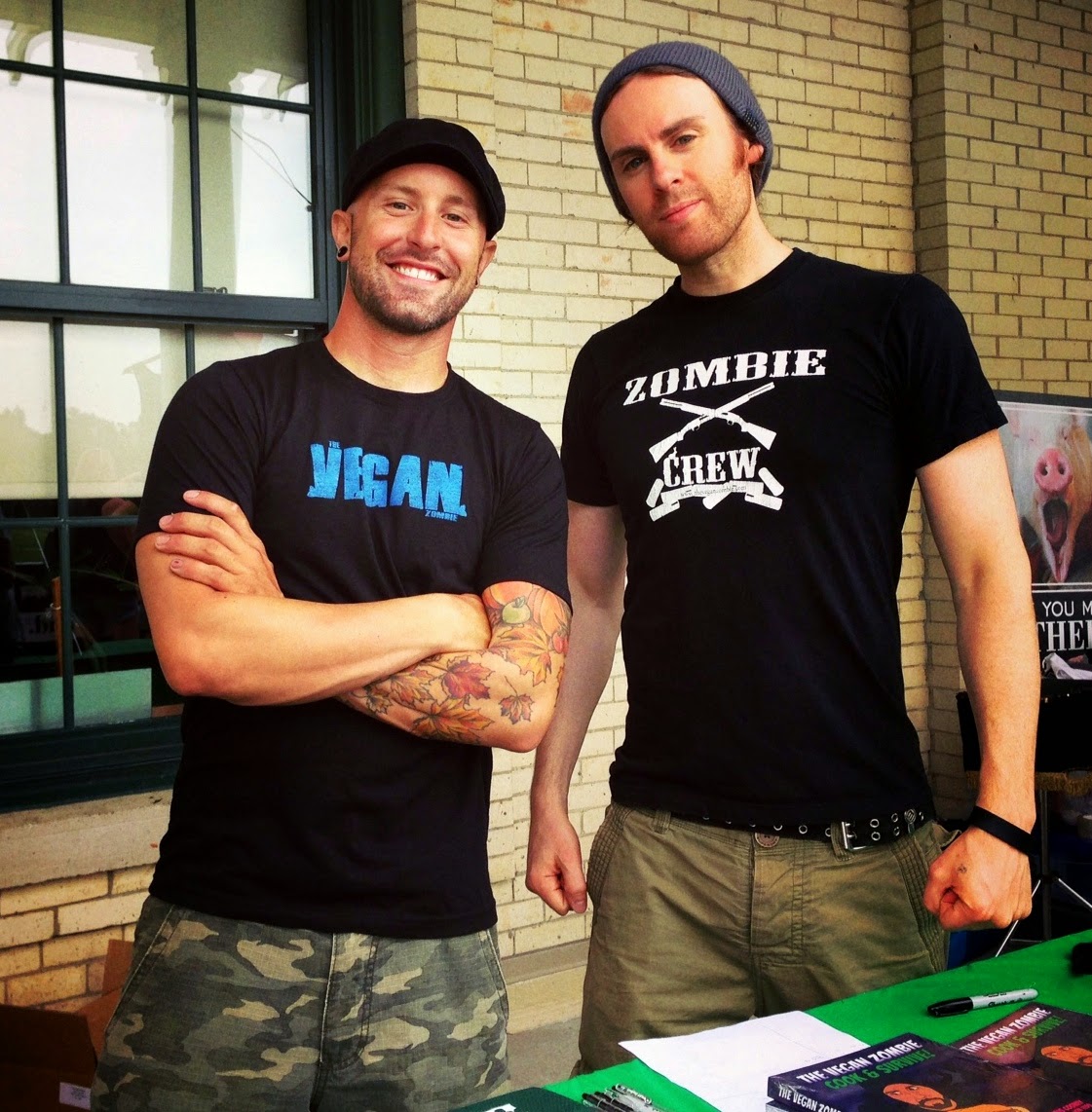 Yesterday I blogged about several happenings during the WNY VegFest in Buffalo on Sunday.  I have a lot more to say about this wonderful event over the next couple of days.  But today I specifically want to talk about one of my favorite parts of the festival and that is meeting the Vegan Zombie Crew!  Woot!

Yup!  It's Jon and Chris from the Vegan Zombie!  I've been following their YouTube Channel for a few years now and was REALLY hoping to meet them and we did!  I kind of nerded-out a little.  Because I have seen so many videos that they have done I kind of felt like I had already 'met them'.  They are VERY down to Earth.  They are pretty much the way they are in their videos! 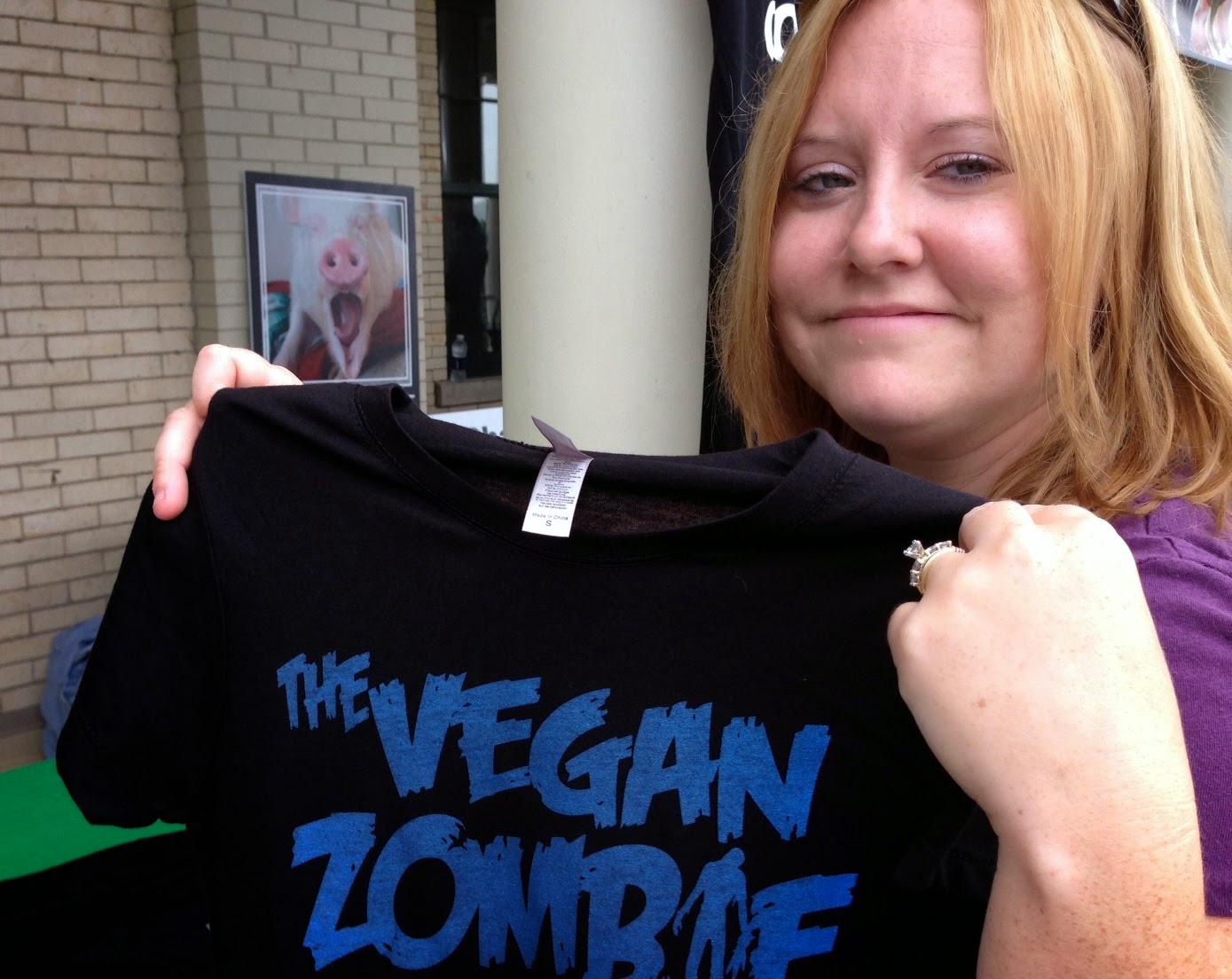 During our 2 hour road trip to the festival I had my sister Megan check out their channel and watch a few videos on the way.  She got a chuckle out of them, too!  I knew she would.  Here's a photo of her holding up one of their shirts.  I ended up buying one of them as well as one of their cookbooks.  I was a little surprised that my sister ALSO bought one of their cookbooks!  Totally LOVED that she did!  Both Jon and Chris signed both of our books.  I thought it was totally CUTE that when they signed my sister's book they wrote 'thanks for enjoying the videos in the car on the way up'. 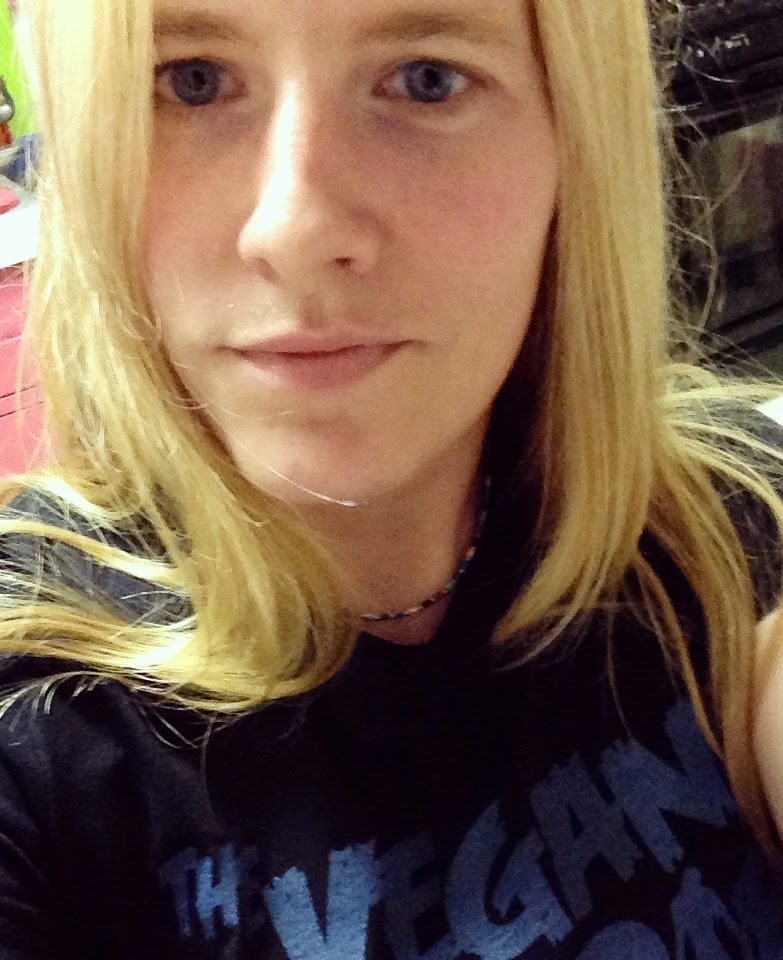 Here's a quick snapshot of my shirt since it's a selfie I couldn't get much of it but you get the idea.  My hair looks really blond in this picture, doesn't it?  I really need to get it done, tho...my roots are a mess!

Anyhow...It was certainly a highlight of the festival for me - meeting these two - and chatting with them for about 15 minutes or so!  They are from the Syracuse, NY, area - so they were telling us they drove that morning and were going to drive back after the event.  I've been posting on social media photos and tags of them and us and they even gave the posts from feedback so that was cool, too!  I can't wait for future videos! 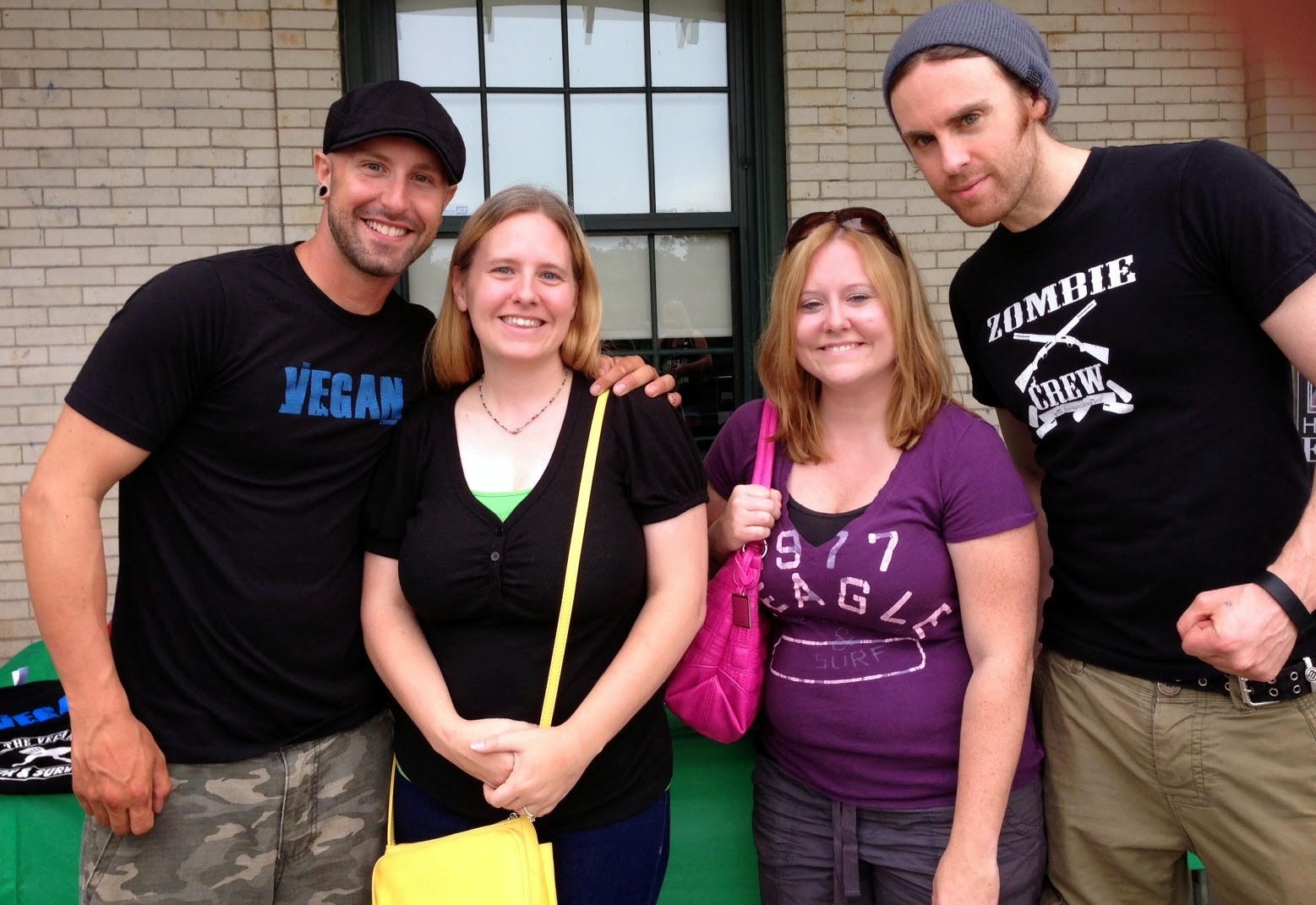 It was so much fun!  I can't wait to show you more photos from the WNY VegFest - but it will have to wait until tomorrow!

PS: Totally LOVING the cookbook!  I already made their Vegan Cheese Sauce!  I'll post about that down the road, too!
Posted by Unknown at 7:37 AM