Foods Of The Weekend 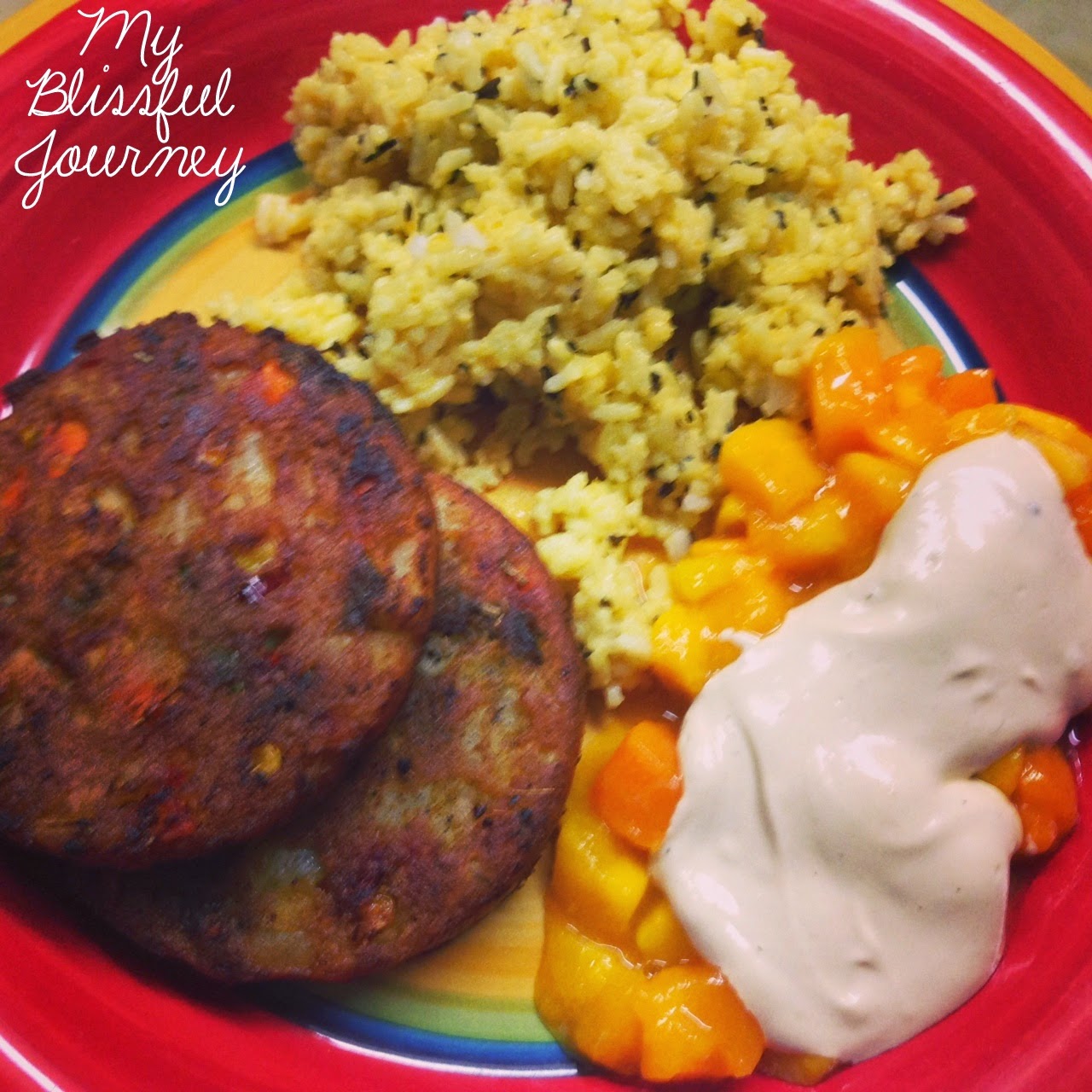 Happy Monday!  This post I will show you some of the foods that I did at home over the weekend.

This was the large lunch I had on Saturday.  I wasn't sure if I was going to eat much of a dinner so I wanted to make sure I ate an early lunch before visiting my parents.

We ended up going out to a Buffet later that night and there were quite a few options for me there as well!

As for this specific plate, tho, here's what's on it...starting on the top...I made Seasoned Rice!  Here's the quick recipe for that...

It was so simple but was so flavorful!  I really enjoyed it.  Then...moving to the right...I have Mango Chunks topped with a little Cashew Cream that was left over from the other day.  My husband had some on a cracker and really liked the Cashew Cream.  He asked me to make more so I did that last night.  Then on the other side of the plate you'll see 2 Indian Vegetable Burgers.  I have yet to eat these as an actually veggie burger on a bun.  I love these so much!  The main ingredient is potato.  I was able to stock up on 2 boxes of them while at Trader Joe's in Buffalo last weekend!  I think they are GREAT stand-alone. 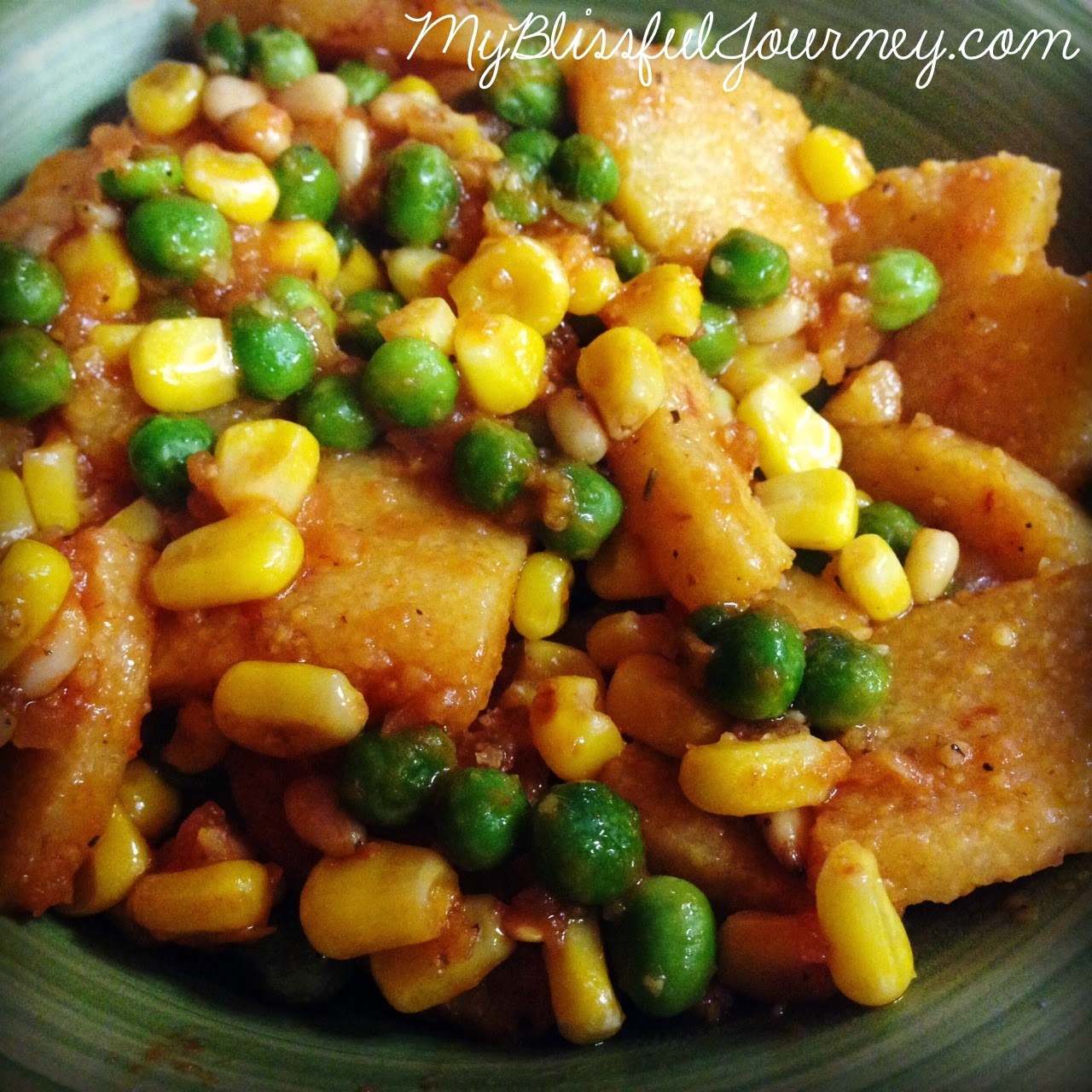 I had this next dish for Dinner last night and saved some leftovers for my lunch today.  It's Polenta Triangles (Sun Dried Tomato Flavored) that I did on my stove top in a dab of Wildtree Tuscan Dipping Oil.  The herbs in that oil when well with the Sun Dried Tomatoes.  I then added in some plain corn and plain peas - both organic and both from my freezer.  I added a few table spoons of Medium Salsa at the end - the Salsa was from Trader Joe's, too!  It was on sale!

Another thing that happened this weekend was while I was doing some kitchen cleaning I decided to check Facebook on my phone and saw that Opal tagged me and challenged me to some Vegan/Raw Vegan Food Creations in my Excalibur.  I said I would join in!  So...this week you will be seeing more dehydrator recipes and ideas from me.  In the meantime...make sure you check out Opal's site too!  For my first recipe and idea...some Nut/Seed/Cheese Crackers that I just took out this morning! 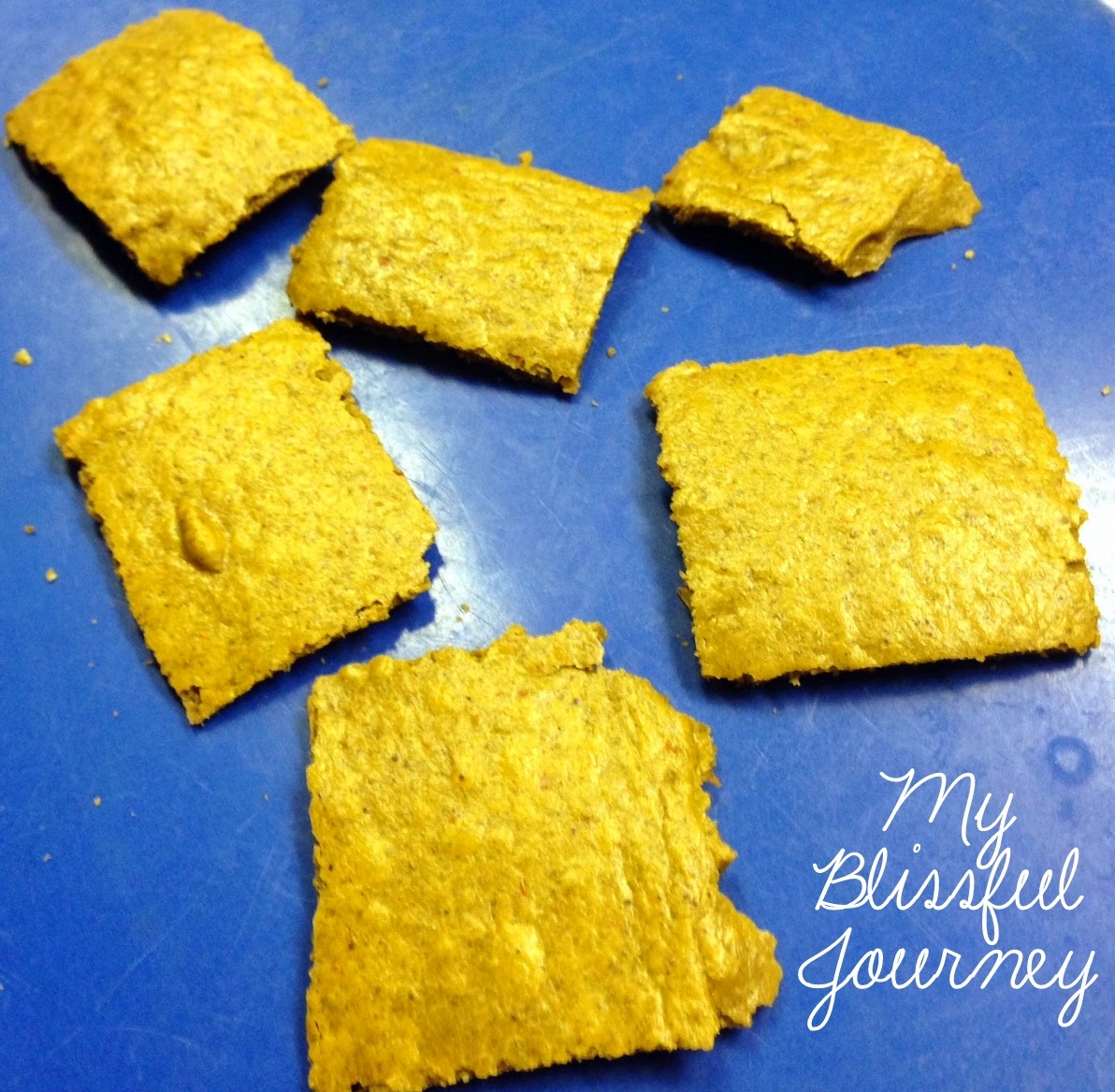 Here are a few of them I ate this morning for my first taste test.  I think they turned out wonderful flavor-wise!

I must say I sampled a bit of the 'mixture' after smoothing it out on a 'sheet' using a spatula.

I think I would make this recipe and use it as a sauce, too, it's just that good!

I know that this is more 'nuts' than Opal would use but I thought they were really good.  And I think just a few small crackers is enough for a snack!  They were really filling so a little goes a long way!  I do think that the Zucchini and the Celery helped break it up a bit, tho!

SUBMIT Your Raw Food/Dehydrated Creations on this week's Dehydrator Challenge!
Posted by Unknown at 10:08 AM