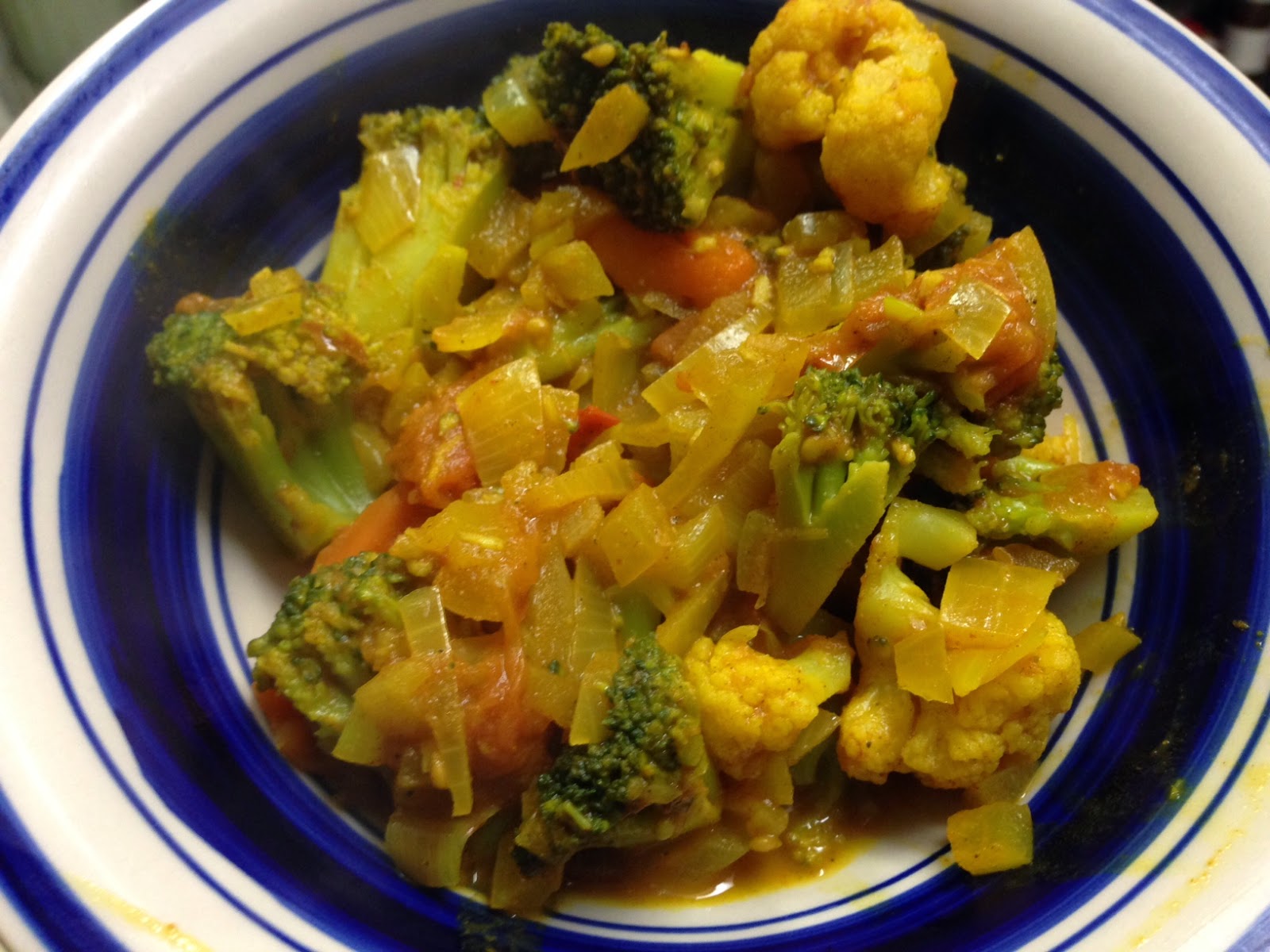 Thursday Night I was preparing my lunch for the following day and decided Vegetable Curry sounded good.  I used Frozen Veggies PLUS an Onion as the main 'brunt' of it.  The Mixed Veggies were Broccoli, Cauliflower, Carrots, Peas, and Beans.  I added 4 small tomatoes to this, too!  I also added 1/2 tea of each of the following...Garlic Powder, Turmeric Powder, Cayenne, Cinnamon, Ginger Powder, and a little Jalapeno Powder because I didn't have Curry.  Towards the end I added about a tablespoon of shredded coconut and a teaspoon of Organic Sugar (Vegan) from Wholesome Sweeteners.  I added water as needed while cooking.  It turned out really good with some heat but also a tad of sweetness, too!  I'm still craving some Dal, tho, so I might be making some of that soon! 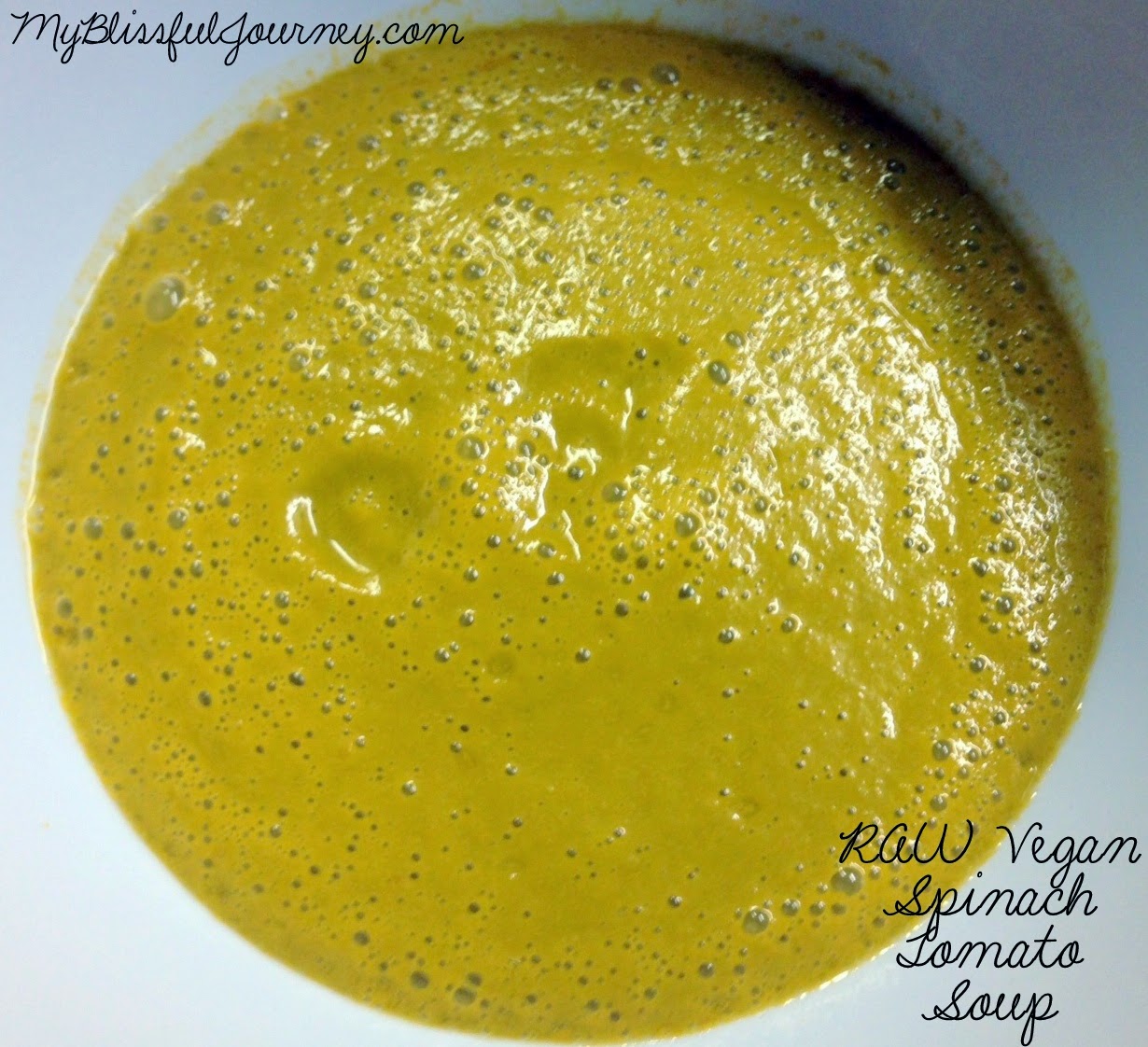 Earlier in the week I made this Raw Soup.  It's mostly made of Spinach, Tomato, and spices...but it needs some work!  It looks good but I wasn't completely excited about it.  I did have 1 bowl but I am certainly going to tweak it before posting.

I'm still trying to catch up from being away for a few days.  I think I'm almost there!  Might have one or two more smaller posts to post from last week.  PLUS...tomorrow starts a new week...with more kitchen adventures!
Posted by Unknown at 1:39 PM