A Lovely Bunch Of Randomness 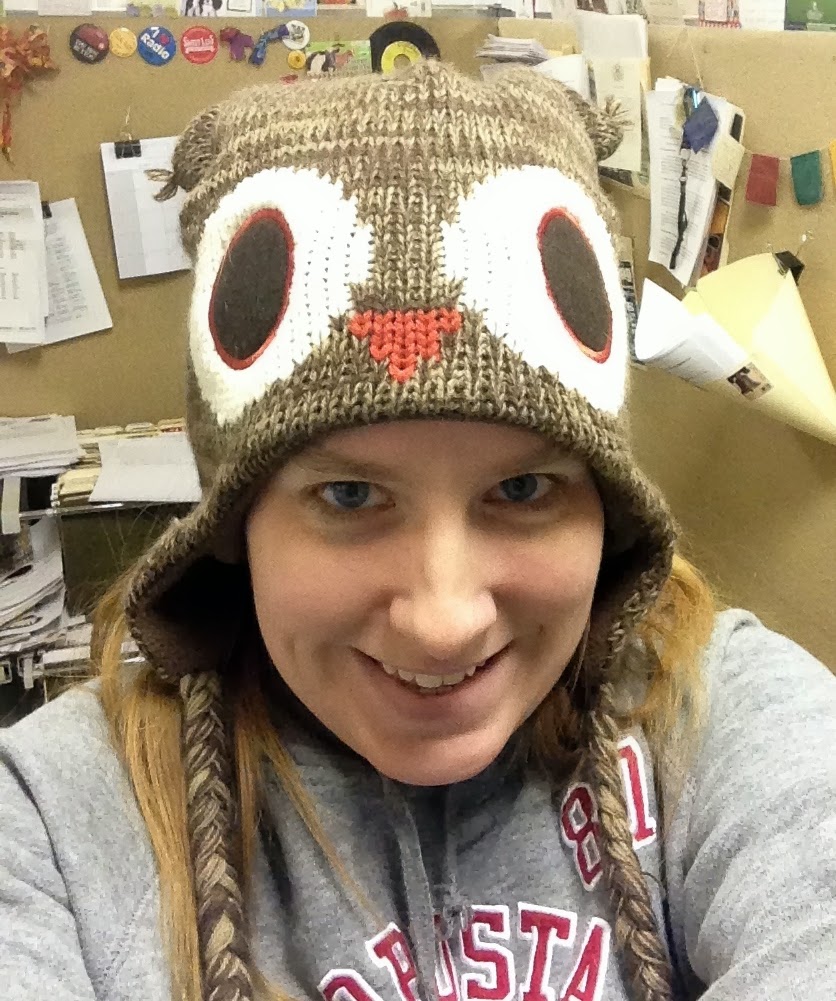 There has been a lot going on.  Some of which I am not quite ready to talk about but I will fill you in soon, really!

Sorry I have been away for more than a week and a half...it's been a very weird couple of weeks - but, again, more on that in the future.

Today I have a bunch of random updates for you!  Including this photo of me wearing one of my favorite hats of the season!  Some of you know my LOVE of hats!  This came in handy this winter with the bitter cold temperatures...it's probably the warmest hat I have right now! 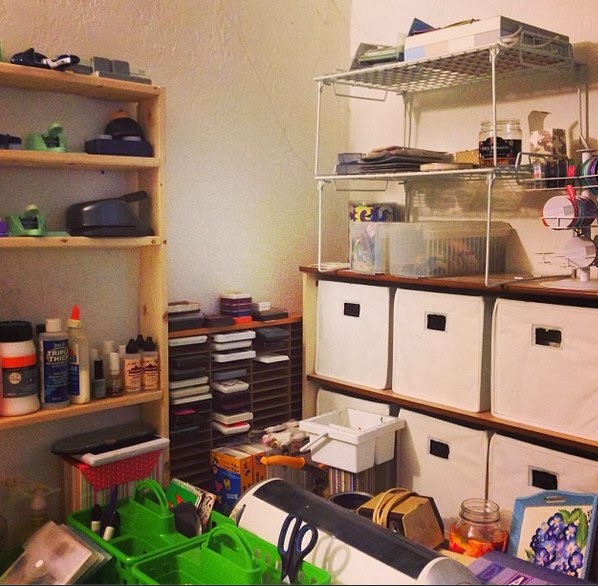 I have been working on my Craft Room again but still have a long way to go!  Here's a nook in the one corner that I took so you can see some of my supplies as well as some of the stuff I am working on organizing!

In the white canvas compartments I have smaller paper, some scraps, random photos, and other odd-ball things I didn't know what to do with yet.  In between the two larger shelves/racks you can see a smaller structure that I have put my ink pads in.  At first I was going to pitch or repurpose that but I decided to keep it just the way it was.  It works just fine for what it's for and sometimes I need to tell myself to 'leave well enough alone'. 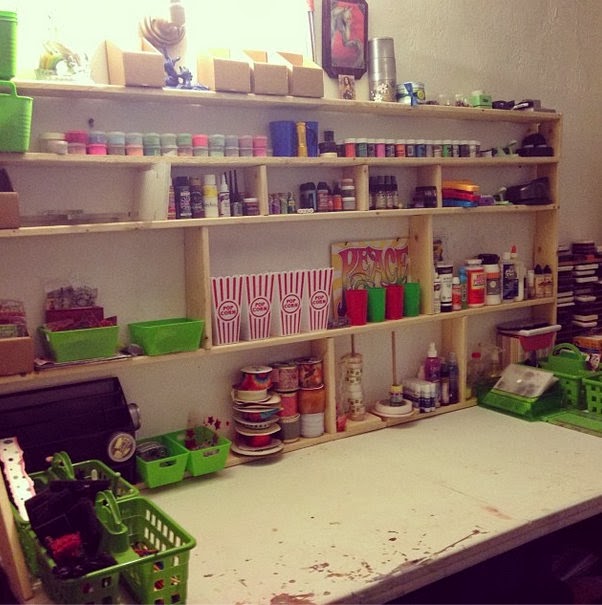 This structure is NEW, however!  A couple of weekends ago my husband did this for me...he's been getting into his tools again.  I thought it was great since he hasn't really been into the tools for years...unless he needed to...so I have been encouraging him!  I think it's GREAT! Plus...he's been making some really great stuff for around the house including my craft room!  For this space I really needed something that I could put a BUNCH of stuff ON so I could have it in front of me...I'm a very visual person - that needs to see everything in order to use it!  We also weren't able to hang anything from the walls since our house is over 114 years old and the room I use for my craft room has wall of a Spackle or something close to it anyway and it's very "weak and crumbly" so I don't want to many any more holes in the walls than are already there, ya know!?  So with this massive shelving unit it was able to sit on the table top up against the wall - we did try and adhere it to the wall a but just for a little extra sturdiness.  It's working GREAT so far and it is as long as the table...so...6 feet or so.

The other night I noticed West Side Story from 1961 on Netflix and it's been a few years since I have seen it so I decided to sit down with the furkids and watch it.  I think it's the first time I have watched it since they remastered it in 2011 and I thought the quality was wonderful!  I've always LOVED West Side Story!  Of course, I have been a fan of musicals most of my life.  I'd like to get back into them more this year! 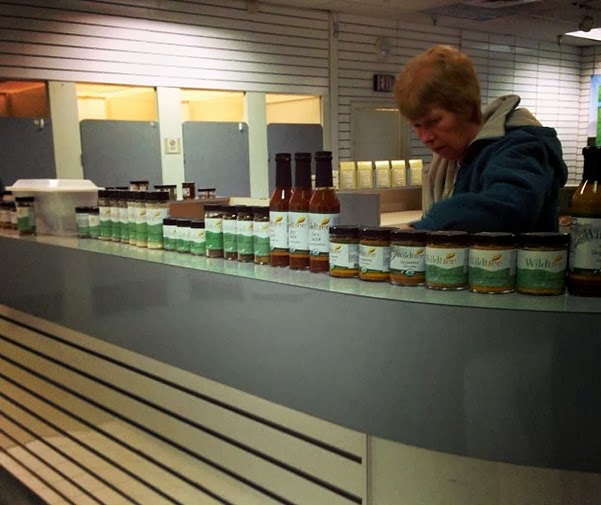 Last weekend my mom, sister, dad, and I were over at our local mall for an Outdoor Show with our Wildtree Products.  This is the 2nd year we have done this show and it's a fantastic one sales-wise!

We stocked up as much as we could on product and it was good that we did.  We ended up taking some orders and got a few more orders after the event was over (throughout the week!)  We even got a few leads for parties and a possible rep!  YAY! 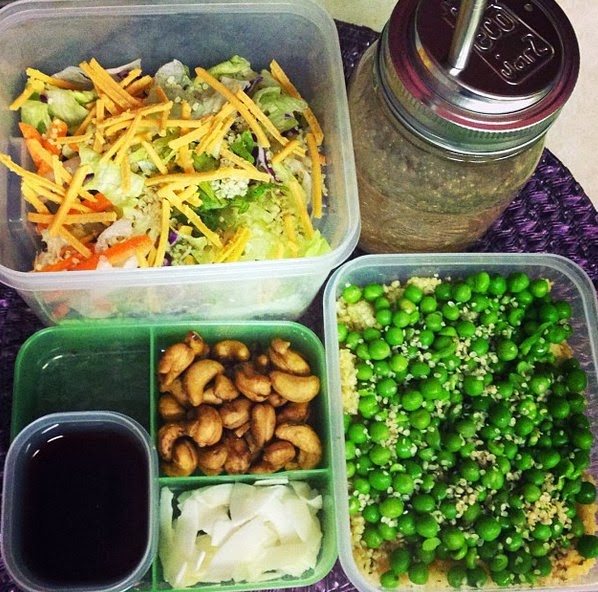 As for food - I have been plugging along with some home made stuff, of course, as well as some stuff from my stash from my trip to Trader Joe's a few weeks ago.  I do need to go shopping to replenish my frozen and fresh foods very soon!  I have been going thru a lot!

I have been doing a few Bento's the last couple of weeks and need to get back into DAILY Bentos!  This was one of my bigger meals which included a nice salad with a little bit of Daiya Shreds and Nutritional Yeast.  I did a smoothie for breakfast that day.  I used some leftovers of Garlic and Pine Nut Couscous topped with peas and Hemp Seeds.  In the snack sections I packed cashews that I had seasoned at home and they were great - along with a bit of Coconut Chips.  The dark liquid is just red wine vinegar for my salad.  I didn't have any home made salad dressings left at that time.  It worked out well for a Vegan Bento Box, tho! 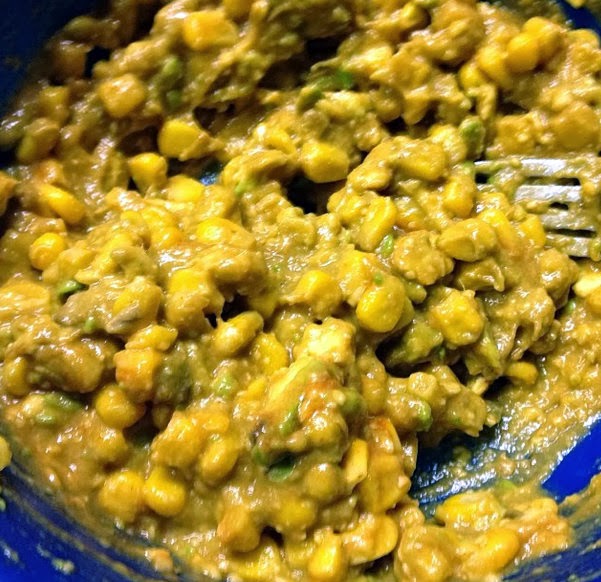 Eventho I don't have a complete recipe for you with this photo here, I will tell you what's in it!

The photo doesn't do it justice...it looks a little "iffy" but I assure you the flavor was YUMMY! 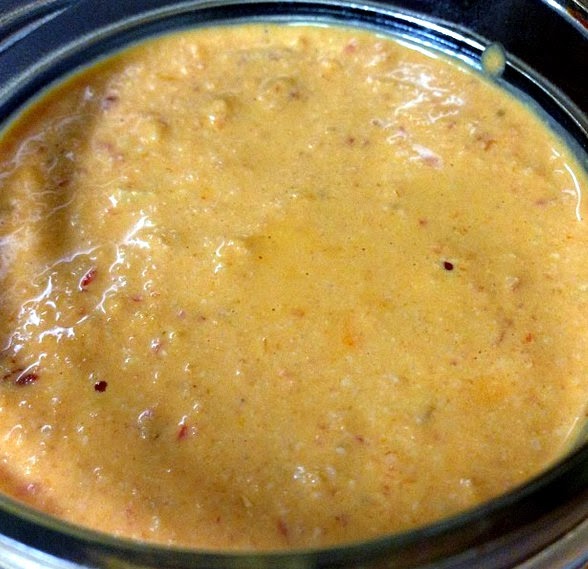 As for this Dressing...I must say I LOVE it!  Here's what I used for this and it make quite a bit! 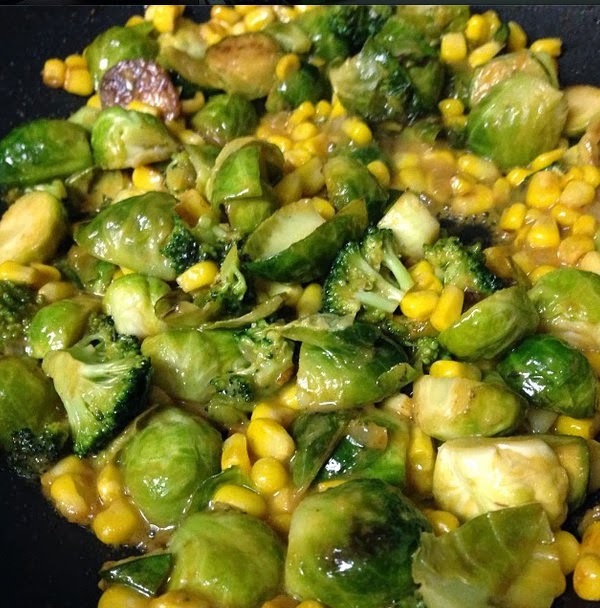 And FINALLY - my lunch for today...Mustard Brussell Sprouts and Corn: