Photos From a 5-Year-Old 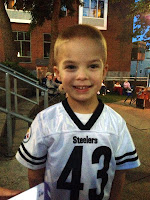 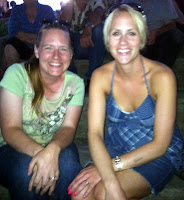 Meet Gavin.  He's the son of one of my very close friends.  She was in our wedding and I was in hers.  Her son is now 5 years old.  It's been a while since her and I have been able to spend any length of time with each other because she lives in VA and teaches.  She and her son visited the area last week and I was lucky enough to meet up with the two of them after I was done with work on Friday.  They met me at the Fair and when I was done at 5 we spent some time walking thru the barns, displays, and exhibits, and then on to the carnival and watched the rides for a bit.  He didn't want to go on any of the rides, tho.  We left the Fair Grounds about an hour and a half later and went to a restaurant in the city.

We went to Kim's Kafe in Warren.  I know the owner and she always has veggie options - which I appreciate VERY much!  I ended up having one of their Veggie Stir Fries!  Kelly had a Turkey Wrap and her son had a Quesadilla.  Kim was 'in stitches' over Gavin.  It was quite comical!  What fun!

Afterwards, I took them for a quick walk around town.  They seem to enjoy the waterfront and parks and the weather was pleasant.  His favorite part was a downtown business that features an operating "Railroad/Train Set".  He could push the button from the street and make it 'work'. 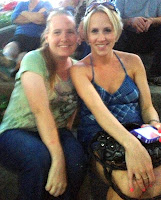 After that we walked over to Friday Night "Music In The Park" where there was a regional band that played country music from the 60's, 70's, and 80's.  That's where HE swiped my iPhone and decided to take these photos!

I think I got home about 9 or a little afterwards...it was the earliest night for me last week.  What a crazy week!  But I am so happy I got to spend some time with these two!  I do wish we were able to see more of each other but you know how it goes - life tends to get in the way!