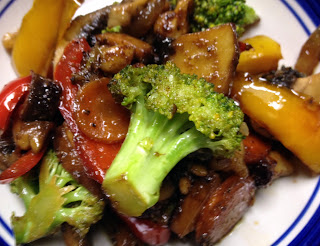 Here's a look at my food creations from last night.  First up is a Veggie Stir Fry!  I used 1 Large Portabella Mushroom, 1 Onion, 1 Carrot, a splash of GSO (Grapeseed Oil), a handful of Walnuts, 2 Mini Red and Yellow Sweet Peppers, 2 C Broccoli, a few splashes of Coconut Aminos, and Water.  This was tasty!  I had a sample of it last night and saved the rest for dinner tonight.

A few words about Coconut Aminos...

I use Coconut Secret Coconut Aminos.  I like the flavor of this because it's almost like a gentle soy sauce type flavor.  I'm not usually a salty-foods and flavors fan but also know it's necessary in foods such as this stir fry.  This was a less salty and more healthy alternative.  I do tend to prefer Coconut Aminos and Braggs Liquid Aminos over Soy Sauce and other Soy Sauce alternatives.  Here's the Product Description from Coconut Secret: 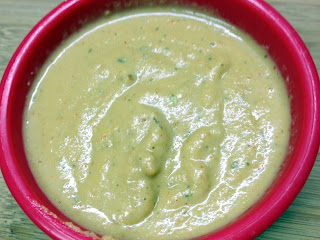 Another thing I did last night was a Mild Nacho Cheez Sauce.  I started with a suggestion I saw online but thought it was way too salty for my liking so I tweaked it.  It might need a little more tweaking but I thought it was a pretty good start:
1 C Cashews (Soaked 2 hours)
1 C Veggie Broth (I think I will use water next time)
2 Cloves Garlic
3 T Nutritional Yeast
2 T Light/Mild Miso (I used Brown Rice and would probably only use 1 T next time)
Water & Almond Milk to taste and for Consistency

I also added a tablespoon of Wildtree's Spicy Chipotle Ranch to this - I think I will try more of that next time for that little bit of extra ZING!  I couldn't help but use some of the left overs with a handful of corn chips while I wanting for my Macaroni Noodles to get 'done'. 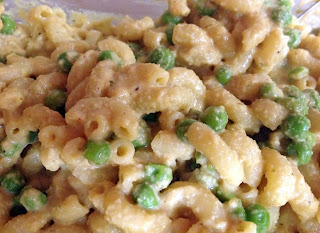 Next time I might also try this with some Broccoli instead or in addition to the peas but I really liked the way the sweet peas "popped' in your mouth.

I was originally going to have my Stuffed Mini Peppers I blogged about yesterday but I'm saving those for tonight instead.  Last night I needed to use some LARGE Portabella Mushrooms I had bought.  The first one is used in the Stir Fry at the top of this post and the other one marinated in a few tablespoons of Wildtree's European Dipping Oil - Balsamic.  It was EXTREMELY flavorful on its own but I threw it on a Potato Roll as you can see in these photos. 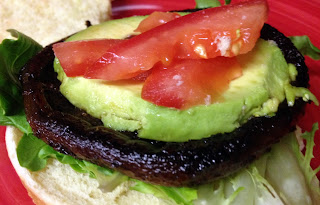 I started by laying down a few leaves of Leafy Greens/Lettuce, then stacked on the mushroom, then a slice of fresh avocado, then a little tomato.  This made a very tasty and flavorful "burger".  Since the Mushroom had a lot of mass to it - it did take a few more moments to 'flatten it out' which I did in a 'frying pan' on stove top and medium heat.

And just for kicks...here's another photo of this 'burger' to show the height... 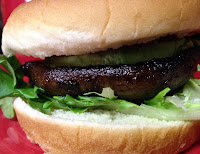 No sauce was needed as this had a lot of flavor on its own.  I was pretty excited about these food accomplishments, too!

Another thing I have been trying to keep in mind are foods with B Vitamins in them.  I tend to forget that Quinoa has various B Vitamins in them.  For some reason I ALWAYS remember they are packed with protein - and are a COMPLETE Protein - and are high in calcium, but often forget about those B Vitamins!  Mushrooms are another good source of B Vitamins...and Nutritional Yeast is good, too!  Those are just a few quick examples.  More Coming Soon!

What I Ate Wednesday
Posted by Unknown at 9:54 AM