It's been a LONG week!  I'm not sure if it's because of the weather or the work load or JUST BECAUSE but it has been a LONG one, regardless!  I rarely post pictures of myself - mostly because I am the one BEHIND the camera and not in front of it.  Since I upgraded my iPhone to 4S it has what I call the "flip flop" feature where with the click of a button the camera flips around and you can take a pic of yourself.  I took this at work yesterday.  As you can see I'm TIRED.  The dogs have been keeping me up at night this week!  Last night was the best night of sleep I have had in a week.  I am feeling a lot better today!  I'm also feeling better as far as my ankle/leg/foot is concerned.  It's been almost a week and I'm feeling about 85% better.  That's a major improvement!  I think between the shoes I have been wearing and the specific inserts I have had in them they are working quite well.  I hope I'm not jinxing it by saying so!  This makes me assume the I could possibly have a Sciatica issues as well as an Arch issue.  BUT...if things are improving - I must be doing something right, eh? 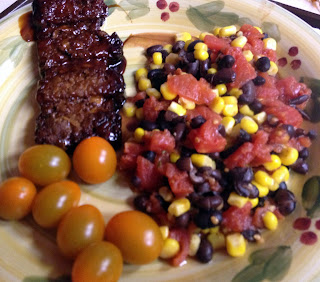 This just might be a LONG Blog Entry!  I just realized how many projects and pictures I have on tap for this post!

This was my dinner last night.  I made it in 4 minutes!

I had a Vegan Riblet (I haven't had them in a good-long while).  I threw together a little side dish!

It consists of Corn, Black Beans, Diced Tomatoes, and Wildtree Chipotle Lime Rub.  It was pretty awesome if I do say so myself!

And I'm trying to use up the Zima Tomatoes before they go bad! 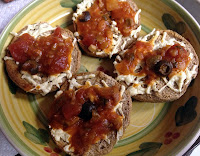 For a little snack last night I wanted to get rid of a few things that I was almost out of!  I said to myself
- SELF I SAID -
I haven't had Bagel Bites in FOREVER!  So that is what I decided to do!  I did a Vegan Version of Mini Bagel Bites!  If I were to do a Super Bowl Party I think these would be a HIT!  All I did was toast them for a little bit in my (new) Toaster Oven.  Then I added Daiya Mozzarella, and topped with Salsa!  You can see the Salsa below!  I hope to also be doing a post about my Toaster Oven in the near future.  Funny thing about my toaster oven - it's the first and only toaster over I have ever had! I really like it! 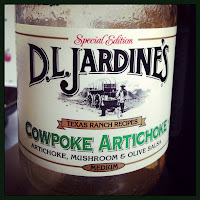 Here is the Salsa I used!  It has a nice KICK to it! And there are no animal by/products in it!  Woot!  I got this at a great price at BigLots but I cannot find it on their website so I assume they are discontinuing it which is usually the case when I find something I like at BigLots (either that or they are repackaging it!)  It was darn tasty while it lasted!

I LOVE trying different salsas!  I also like to make my own!  I will probably be making some of my Wildtree Fiesta Salsa, soon! 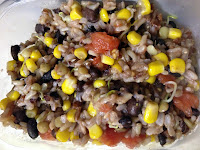 In other Foodie News...I continued on with using "leftovers" and "things in my cupboards" to create my lunch for today! I used Lundberg CountryWild Rice (see below for Rice Package), and Corn, Black Beans, Dice Tomatoes, and I added the rest of my Lentil Sprouts in this as well!  All I did for flavoring was to add Garlic Grapeseed Oil for a little extra "something".  I did have a little bit of Diced Tomatoes Left with liquid and then leftover rice since I made a pretty big batch of that since it took 50 minutes to cook...so I will probably do something with those two things over the weekend! 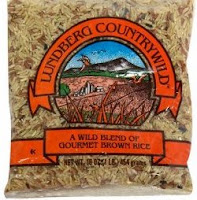 The aroma of this rice fulled my kitchen and living room ALL NIGHT!  Lundberg isn't kidding when they say it's fragrant!  Here's their product description:


Want rice that's rich and tasty for your next meal? Put Countrywild® on the table. This outstanding blend of Wehani®, long grain brown rice and Black Japonica™ has plenty of fragrance, color and flavor with an attractive separateness of grain.

So...that's pretty much how yesterday panned-out!  Like I said...I am VERY MUCH ready for the weekend!  We are supposed to continue getting winter weather - and I am NOT looking forward to THAT - but I'll just have to wait and see what the rest of the weekend turns out to be like, I guess!  What are YOUR plans for this weekend?