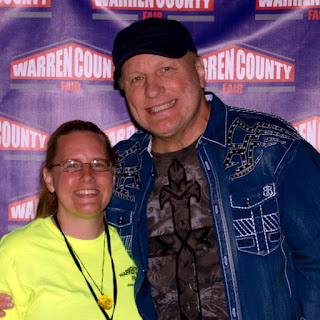 This week I will be posting about the concerts that took place at this years Warren County Fair!

The Tuesday of Fair was Collin Raye.  His stop at our fair was part of his BIG 25 Tour.  To see his hits and other discography CLICK HERE.

I may not be the biggest country music fan but I appreciate musicians and artists from all genres.

I worked mostly backstage that night and didn't see each song that was performed but it was a FUN night that is for sure!  Here is a photo of him and I.  He was super nice! 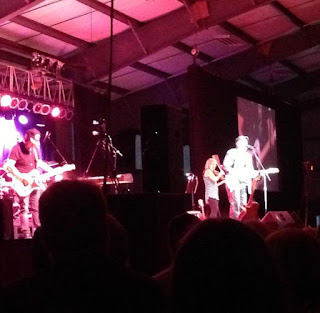 Here is another photo from the one side of the stage.  The sound was great in the building that night.
He sang a lot of his hits and some tribute and cover songs from some of the artists he held dear such as Glenn Frey and Merle Haggard.

Many weddings that took place in the 90s featured one or more of Collin Raye's songs that is for sure.

He's a great storyteller as well!  A very pleasant guy with an interesting stage presence.

Below is one of the many videos of his.