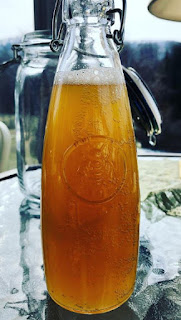 YIKES!  Yet again...time has gotten away from me!  I have way too many photos to post and things to blab about so I'll have to work towards checking those items off my list and not overload everyone in one post.  Altho...I have a feeling this post will surely be long enough on its own!  First up...an update on my Kombucha Journey!    This was the 2nd batch I did and we did do a 2nd ferment with it!  My parents found a few of these cute bottles at TJ Maxx for cheap! 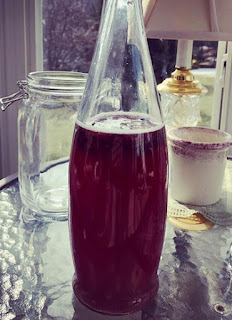 In the first photo, you will see our first flavor.  It was straight-up Kiwi!  In the 2nd photo, that is pure blueberry!  Both were fizzy and both were tasty! 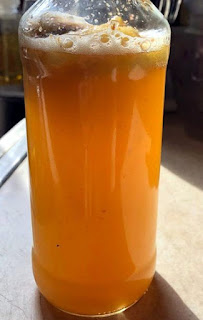 And finally, this one is orange and kiwi!  We have started our 3rd batch and it should be ready to fruit and 2nd ferment in about a week.  It's been FUN!  We already have quite the SCOBY Hotel going, too!  I think we might have to start doing more than one batch at a time! 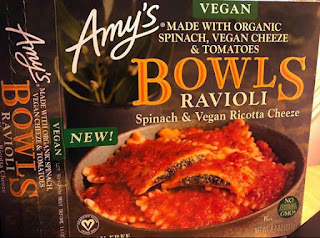 A few weeks ago I went to the Erie Target and found a few new-to-me Amy's Kitchen Vegan Labeled Products including this Ravioli!  It was SUPER tasty!  The sauce really MADE it!  The only problem with these Amy's meals is when I find one I really like I could eat like 4 more in one sitting! 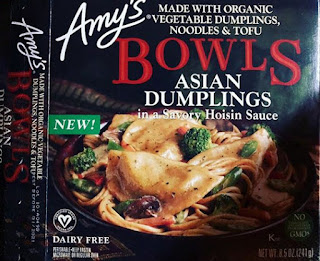 Then there were these Asian Dumplings.  At first bite...I thought it was 'ok' but as I continued eating it I found myself really enjoying it!  After it was all gone, I found myself wanting more! 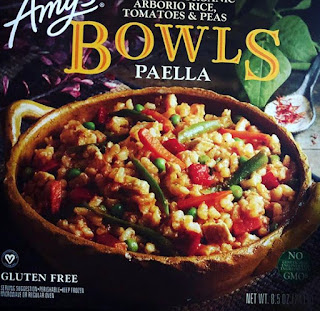 Paella!  Another winner!  I really didn't have much of an opinion of this going in only because I'm not a Paella Guru by any means.  I think I only had Paella maybe twice before and I made it both times and I made it myself so who knows if it was close to a traditional Paella.  Regardless, I did find this one quite tasty and I would certainly buy it again! 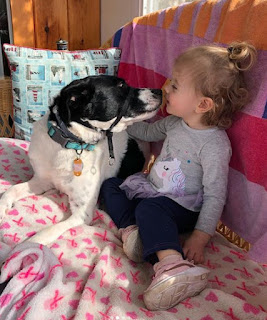 And to finish out this post I thought I would post a pic of my wonderful niece with my parents dog.  I have a series of these photos on IG in case you want to see more.  Ms Trinity calls me Aunt Ja Ja.  She's a gem!  I love her dearly!
Posted by Jennifer at 5:58 AM