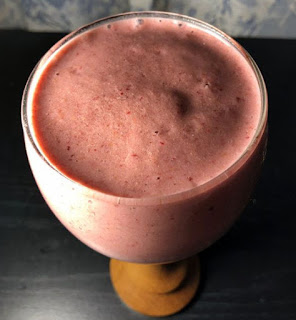 Time has been flying by!  I do have things to share but haven't had time to share it.  I almost forgot it was my birthday today, too!  But then again - it's just another day!  So, this will be a mishmash of a blog entry - yet again!

Kicking things off with a smoothie I had the other night!  I've been pretty bad about eating fruit lately.  I mean...technically...Tomatoes, Avocadoes are fruits, yes, but other fruits I have been passing over lately.  I think it's just because I find them too sweet lately.  My sensitive teeth have been avoiding the naturally sugary jolt.  I think a way around this is smoothies and I've going to try and work on this!  Having said that - what do you think about the photo above?  I have been trying to take some better pictures and have been tinkering with lighting a bit. 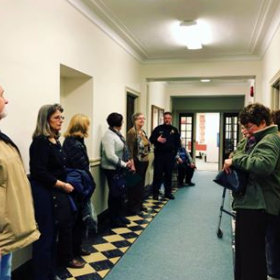 This next photo is from Monday.  It was our League of Women Voters 2nd Annual Sunshine Event.  I blogged about it last year a little bit so I figured I would mention it again this year.  This time around we took a tour of the City/Municipal Building and had about 5 speakers including our Mayor, City Manager, Chief of Police, Freedom of Information Officer, and a couple of Council Members.  I think the event was a success and it was something that has been in the works for a couple of months! 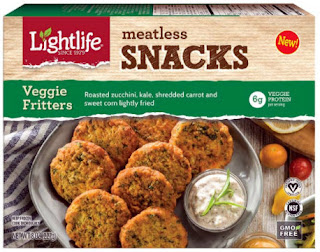 Here's a new-to-me-product.  I found them a while back on one of our weekend grocery shopping adventures.  It's been a couple of weeks since I actually ate them but wanted to share it.  They were quite tasty.  It's been a long time since I have tried anything from LightLife because I'm not into fake meats and I found a bunch of their items salty (years ago) but I see they are coming out with a bunch of new products so I'm happy to see them kicking it up a notch!  I made a simple homemade Thousand Island type dressing/dip for them.  It was a complete meal and quite filling, too! 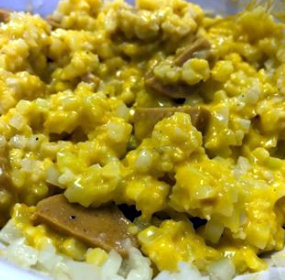 This was a completely thrown together meal one day while working.  I went to a grocery store nearby and grabbed 3 items...frozen cauliflower rice, Daiya cheese sauce, and LightLife Vegan Dogs.  I only bought them because they were 2 for $5 and then there was a dollar off coupon on top of that so far $1.50 I thought I would revisit them.  I still didn't care for them.  I ate a few of them in this dish and then picked around it and just ate the cheesy cauliflower rice!

The weather has still been awful here but I was able to visit my parents and brought Cricket along for a playdate with their dog Lexi.  They surprised me with Amy's Vegan Curry for dinner last night!

As for this double photo...it was a Butternut Squash based Vegan Mac and Cheese dish I made earlier this week.  The recipe is below - all in a blender: