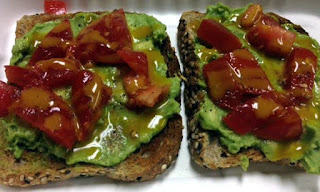 It's been another roller coaster of a few weeks and that is my reason for not posting.  I really had hoped to post some more interesting and uplifting news but things didn't work out like I had hoped.  I need to be better at letting go and moving on, I suppose.

I guess now is as good as time as any to share with you some of the things I have been eating and creating. 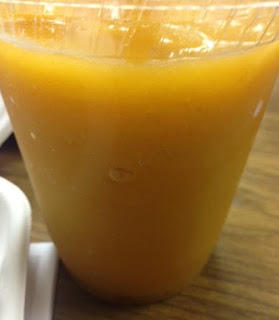 As you can see in the first photo I recently gnawed on some Avocado and Tomato Toast.  It's topped with a Maple Mustard.  I also grabbed this smoothie you see in the 2nd photo which is Mango Squash & Veggies.  It was very tasty.  I got it from Total Evolution.  Maybe this week I will check out one of their soups or finally get their Oatmeal Bar.

I've been busy with work, League of Women Voters, and County Fair stuff.  I've also been a busybody at home.  Plus, I have been enjoying my new found joy of coin collecting more and more.  I have slowly gotten back into paper crafting which you will see more of in this post.  I'm really trying to stay busy so I don't start over-analyzing myself or move into a deeper depression. 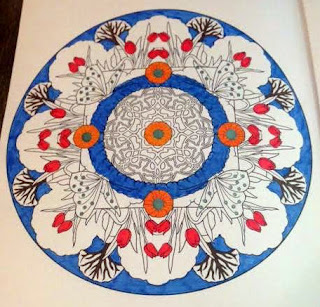 I've been tinkering with Mandalas again and it's been a nice short form of meditation of sorts.  As you can tell I'm not done with this.  Sometimes I do a bit at a time and will come back to it days later and add more.  DH and I just re-watched all of the Harry Potters which was a nice way to relax, too.  And of course there is my ongoing love of tea but I'm trying to adjust my intake on the highly caffeinated ones due to the aches and pains I have been struggling with. 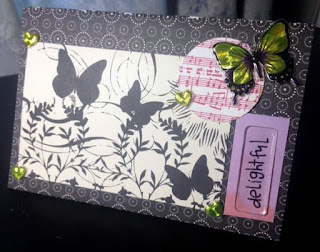 I was averaging a card a day for a while there.  The cards I do only take a few minutes so it's a nice brain break.  It's a shame I let a group of people ruin my love of paper crafting for as long as I did.  I'm really trying to get back into it again.  So far - so good - in small increments.

I haven't bought any new supplies.  Everything I have been using to make the cards have been from scraps.  I intend to continue with this method.  I want to see how long I can go using old stashes and supplies. 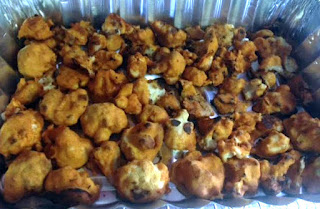 Last weekend we gathered at a friends house for an annual party-after-new-years.  I usually bring baked beans but this time I thought I would bring something different.  DH suggested Buffalo Cauliflower Wings so I did just that.  I have two photos to share with you here.  I know I have posted my own recipe before but this time around I stuck pretty close to Jason Wrobel's recipe that he had in his Eaternity book I bought MONTHS ago! 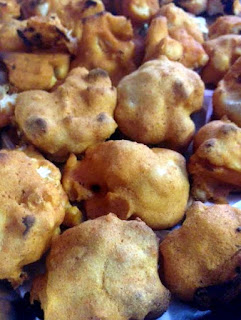 They went pretty well.  I did 2 versions.  One was quite spicy and the other was not-so-spicy.

I'm not complaining at all - that is what it was there for - but I'm thinking that no one really looked at the bottles and just ate it regardless.  I find this interesting and am pretty thrilled!

It's been nasty weather-wise still.  This morning it was -7 degrees at 9am.  Friday Night we got a few inches of ice and then about a foot or more of snow. 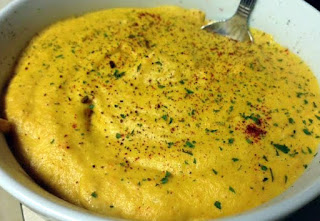 So as you can imagine I have been eating a LOT of soups!  About a week ago I made a Cashew Carrot Ginger Soup.  Ingredients include... 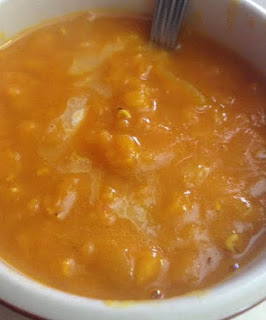 For lunch today I had this amazing Red Lentil Soup!

It's my new favorite!  I would have made more right away but I only had enough Red Lentils for 1 batch!

It was inspired by Vegan Richa's Begali Red Lentil Soup (Masoor Seddho) but instead of the Tomato I used Tomato Sauce.  It was all I had on hand.  I also used Earth Balance instead of the Mustard Oil.

This was WONDERFUL and I will be making it again as soon as I get more red lentils!  YUM!  I'm not going to lie - I ended up garnishing it with more Earth Balance!  It was so savory! 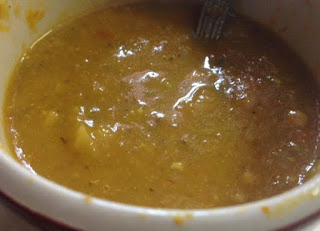 This next one might not look like much but it was pretty tasty, too!  It was inspired by Vegan Richa's Navratan Korma Recipe but I turned it into a blended soup instead.  It called for 5 cups of veggies I used a bunch of stuff that was hanging out in my freezer and frig to use it up.  Many veggies like Eggplant, Sweet Peppers, Green Beans, Carrots, Water Chestnuts, Potatoes, Peas, Zucchini, Broccoli, Cauliflower, etc.  Instead of the 4 tomatoes it called for I used some leftover Spaghetti Sauce.  There are various spices along with Cashews and Pistachios, too!
Posted by Unknown at 4:28 PM