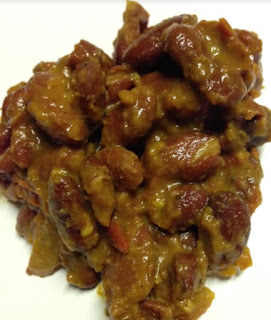 Today I spent most of the day running errands before the snow storm hit, cleaning, and cooking.

As many of you know I have been trying to do more foods that are inspired from different parts of the world.  Today one of the dishes I made was Rajma which is a Kidney Bean Curry.

After doing a little research of the origins of Rajma I found that not only is it popular in South Asia, Northern India, but also, Nepal.

This photo doesn't do the dish much justice but I think it came out pretty tasty!  To my knowledge this is the first time I have tried this dish.  It was perfect timing, too, because I had some tomatoes I needed to hurry up and use. 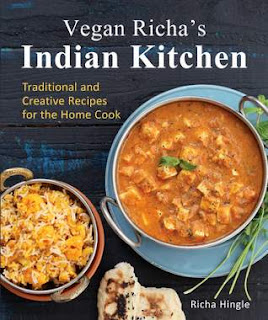 The recipe I used was from Vegan Richa's Indian Kitchen.  This is another new book to my collection.  it's been on my wishlist for a long time!  I'm so happy I finally have it in my hands!  I know I will be referring to this book a lot!

Not only did I make the Rajma Recipe in this book today - I also did the Dal Bukhara - which is a Black Gram Lentils in Tomato Sauce type dish.  I will share that one with you another day!

I also have to recap Friday's nights festivities so I will probably do that in tomorrow's post!

What did you do this weekend!?  Which of Richa's Recipes are your favorites?
Posted by Unknown at 4:48 PM