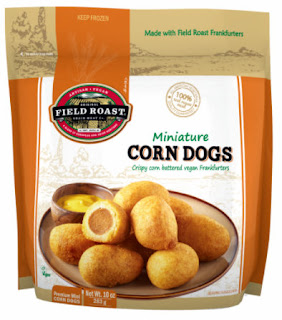 I normally don't care for fake meats because I never liked the taste of real meat growing up.  Going vegetarian was overly easy for me because of that.  However, with all of the new vegan products coming out these days I'm not opposed to trying them at least once.  You never know unless you try, right?  There are very few vegan meats I would buy often.  I could probably count them on 1 hand, actually.  But then there is what I would consider 'convenience and social' storebought vegan foods.  By that I mean, if I am going to a BBQ or camping I might buy them just to have them to be more social.  I think this is one of those items.  Field Roast Mini Corn Dogs.  They were one of the more tasty products I have found but I would put it on that 'convenience and social' list of things.  I wouldn't eat this product every week but I'm glad it's an option. 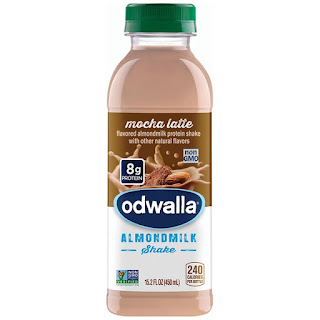 2 other items I have tried for the first time recently have been these two Odwalla Vegan Shakes.  They are made with Almond Milk and are clearly marked VEGAN.

The first one is the Mocha Latte.  It was ok.  I didn't love it so much that I have to buy it over and over again but I was grateful I was able to find it locally and chug it down last week.  I really thought I would ADORE it but it was just 'ok'.

I'm not loving the press photos of these shakes because they look a lot lighter in color than they actually are when you hold them in your hand.  The photo is a bit misleading, I think. 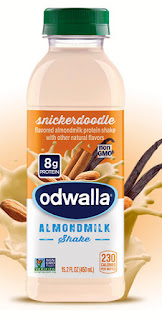 Oddly, the other one I grabbed was this Snickerdoodle one and I thought I would try it and not love it but I ended up liking it way better than the Mocha Latte one.

In other news - I'm having a hard time getting into Christmas Shopping and the Christmas Season this year.  One of these days I will elaborate on that more but not now.

This past weekend we attended our last craft/vendor show as Wildtree Reps.  We were involved with the product for 9 years and thought after MANY corporate changes this past year we would call it quits.  It was nice while it lasted and we still LOVE the product line but with everything else going on such as our full-time work, lots of volunteering, my niece and other family happenings, we thought the time has come to move on.
Posted by Jennifer at 8:20 AM