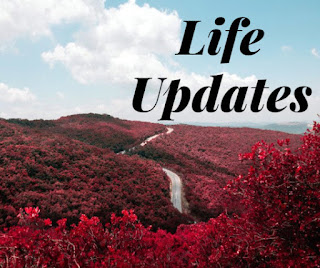 Over the past couple of months I have been attending various meetings and events involving my local branch of The League of Women Voters.  I have decided to become a member.  There are many topics that I am interested in learning more about.  Since I have decided to keep this blog mostly political-free and believe me when I tell you that is a REAL challenge - I will continue to NOT preach my politics here on this blog - but I do have other places to vent - thankfully.  I just wanted to update you on a few things I have been involved in over the past couple of months.

I have also been very involved with a newly formed group called Impacting Poverty.  We have a few things in the works including a poverty simulation in the fall which I will be participating in.

2016 marks DH's 7th year on the county fair board.  One of his major committees is the Entertainment Committee and I have helped out as much as I have been able since he started.  We are working on many things for this years fair which is in August.  This year the entertainment acts include: Colin Raye, Home Free, and Little Texas.  I will be posting more about Home Free VERY soon because the more I watch and listen to them the more I REALLY love them! 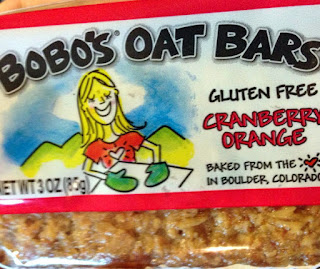 My parents recently attended a CANDY SHOW in Chicago and brought back some VEGAN TREATS for me!  I will say so far one of my FAVORITE new-to-me companies is Bobo's Oat Bars!  Here is the first one I tried and I really liked it! 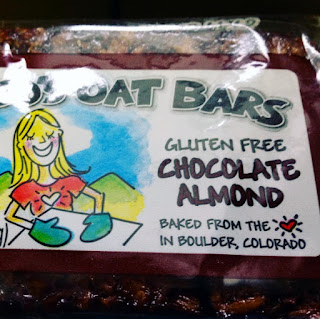 I also nibbled on this flavor a day or two afterwards!  What I liked about this flavor is that the chocolate wasn't overpowering yet still part of the overall flavor!  I have a few more flavors I will be sharing with you down the road so be on the lookout!  I appreciate the fact that the company is active on Instagram and have liked and commented on my posts! 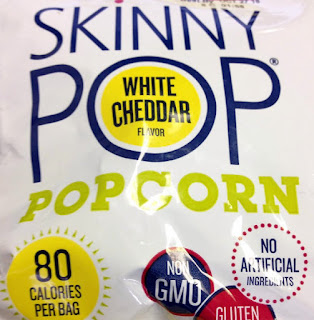 I thought this was certainly worth a mention, too!  A White Cheddar Flavor Skinny Pop Popcorn that is VEGAN!  I enjoyed it very much!  It was gently flavored and memorable! 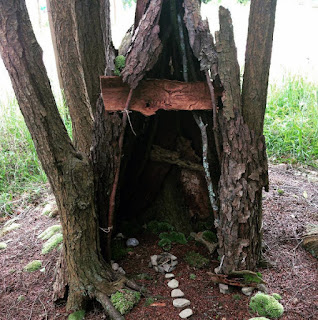 This past weekend my parents and I attended a Women In The Outdoors Event at Chapman State Park and it was a wonderful day!  This is the 3rd year we have attended as a vendor with our Wildtree Products!  This is one of the MANY pics I took from one of the classes that took place!  Faerie Houses! 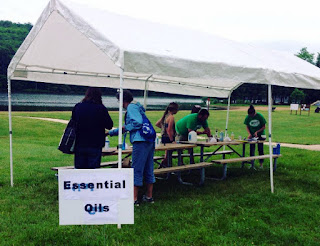 They had Essential Oil classes, too!  There were some classes that I had no interest in whatsoever that were not veg-friendly, per say, but in the area I live in I am used to it and skip over them. 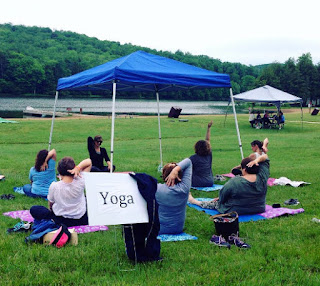 They had outdoor Yoga, too! 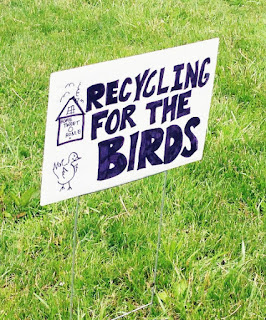 And right next to us was a guy who was doing classes on Recycling For The Birds.  He would take plastic coffee tubs or other plastic bottles and make bird feeders out of them!  VERY COOL!  I think he did at least 4 classes and all of them were well attended!

IT'S MIDWEEK MUNCHIES TIME!!!
But I don't have an official linky this week so if you participate just let me know in comments!
To see an example of a past MWM (Midweek Munchies) take a look at my top sidebar!
Posted by Jennifer at 12:56 PM