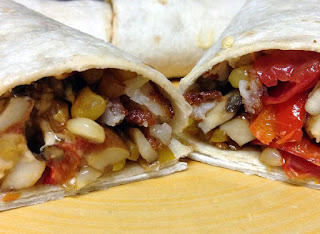 I should probably save some of these for Vegan MoFo that starts September 1st but since I am already so far behind on posting I figured...why put it off?  So this is going to be a graphic heavy CRAZY mish-mash sort of post but all FOOD related.  Over the past few weeks these are some of the foods I have been throwing together...the good, the not-as-good, and the odd looking! Take this first photo for example...it's a strange combo but it sure was TASTY!  It's a burrito/wrap with Tater Tots, Mushrooms, Cherry Tomatoes, Corn, Yellow/Red/Orange Mini Bell Peppers, and I topped it with Sriracha Vegan Mayo! 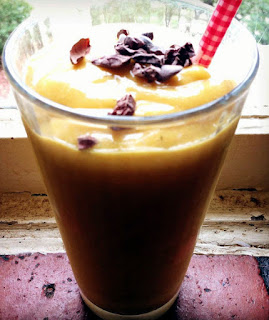 Over at The Raw Food World NEWS Site under the Recipe Section you will see this next recipe popping up on the site soon!  I submitted it yesterday.  You'll have to check out the recipe section for the full recipe when it's up but I will tell you that it consists of Mango, Chocolate Flavored Almond Butter, Coconut Nectar, and Water.

You will probably be seeing a lot more smoothies posted on my blog and over at the recipe section of The Raw Food World NEWS Site because of all of the frozen bananas I still have from scoring them for FREE from a local produce stand!

Another thing I have been doing is working off of what I have in my pantry and you will see what I mean with the next few photos.  Sure I did a few pasta related recipes within the same week but I also used left overs and recreated a new recipe with them. 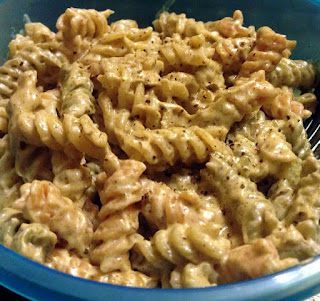 First up is a Garlic Alfredo White Sauce that is technically raw and vegan and I ended up putting it on a veggie based pasta as you see here.  For this sauce recipe I used:

After I mixed it all together I topped it with Nutritional Yeast, Parsley, and Nutmeg sprinkle, too! 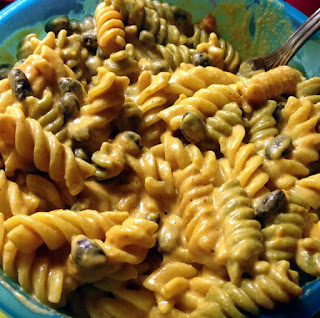 The sauce recipe above made a LOT of sauce so I used it on other things throughout the week, too!  With this next dish it's more of a Taco Pasta.  Here's what I did for this one...

This was pretty fantastic and very filling I can see myself making this again or variations of this again!  The possibilities are ENDLESS (or should I say the PASTAbilties? LOL) 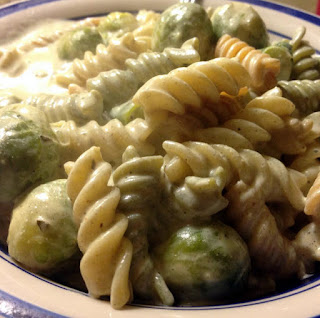 Remember that first sauce I was telling you about above?  Well this was one of the many things I did with it.  I was really short on time that night and it sure did come in handy.   I added it to noodles and brussels sprouts.  I also added some Wildtree Lemon Pepper and thinned it out with a little water.

I usually don't eat that much pasta within a few weeks anymore so this was a rare occasion.  I will say that since I dropped dairy from my diet I have cut WAY back on the amount and frequency of my pasta and potato intake.  My food intake has become much more varied and diverse with little to no effort most of the time. 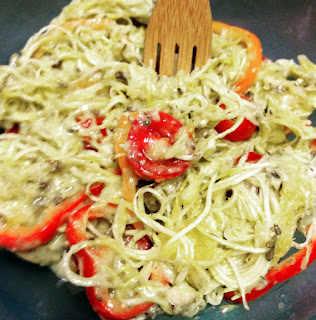 I guess that just proves I am not lacking variety.

It irritates me when people say I 'miss out' by excluding things from my diet.  That couldn't be further from the truth.  My diet is more diverse now than it even has been.

Up next is raw vegan noodles.  I actually had this for lunch yesterday.  It was a small portion but the sauce recipe made a large amount so I will be using that on other things this week. 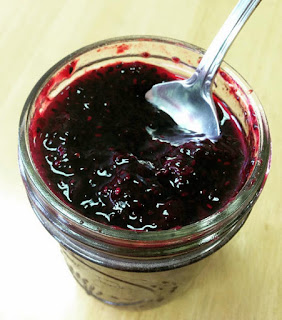 In other food related news my sister made this jam!

My sister isn't vegan or even vegetarian but likes to eat a lot of veg food and gets pretty creative in the kitchen.

The only ingredients in this?

Is her big sister rubbing off on her?  I don't know.  I don't think I can take credit for that.  But I do know that my sister is SUPER AWESOME!  And I'm not just saying that because she might be reading!