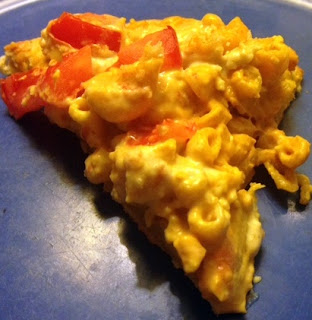 I have been seeing a few Mac & Cheese Pizza's online from popular recipe and foodie sites but they weren't vegan so last night I decided to try and veganize a Mac & Cheese Pizza and it turned out really well especially for my very first attempt.

I used a pizza dough that happened to be vegan and plopped the Vegan Mac & Cheese on top.  Here are some photos of this attempt.  I will say that I am NOT a pro when it comes to dough...far from it actually...so if there is anything that could be improved with this recipe and/or process it would be the dough.  But all and all this was quite the vegan comfort food! 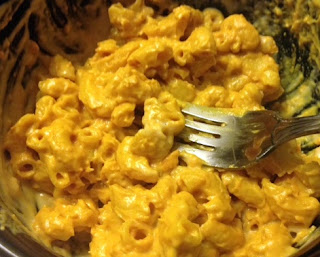 It all started with this...

The most creamy vegan Mac & Cheese I have made to date.  It's loosely based on one of Dreena Burtons recipes.  It's NOT made with 'fake cheese' - the base is cashews.  I had a small bowl of the mac & cheese that would quite fit on the actual pizza.  It was wonderful!

I might have to also try and make a Vegan Mac & Cheese Stromboli at some point, too! 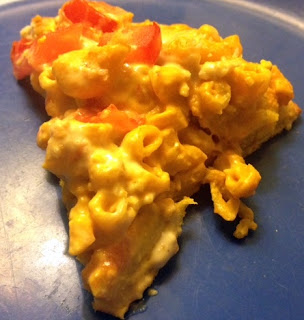 I mean LOOK at this...I usually only post 1 photo of my recipes.  I've seen other food blogs that post multiple shots of the same dish.  For this I will make an exception I suppose.

As you can see I also topped it with vegan bread crumbs and tomatoes.  There was a little bit of the vegan cheese base I had left prior to adding a bit of Avocado Oil and a little more nutritional yeast so I ended up drizzling it over top and baked it for about 5 more minutes.

I can see myself making all sorts of variations of this.  This is completely filling.  You could easily just eat one or two small pieces and be full!  It's VERY dense. 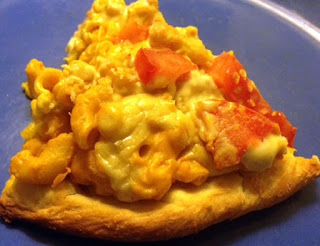 And the crust turned out just the way I like it...a bit crispy...but not overly so.

The tomatoes were amazing!  One of my advertisers gave it to me on a recent visit.  It's the same place I got some of the greens we are growing on our rooftop garden but more on that in a future post.

What do you think!?  Have you ever had Mac & Cheese Pizza before?  Vegan or otherwise?
What do you think of blog posts that show more than 1 photo of the same dish?  Do you like it or does it annoy you?  Also...be sure to scroll down!  I have two posts today!
Posted by Jennifer at 1:01 PM