Eats this week - Salads, Fruit, and a Cashew Dip Treat! Since I am doing a mostly raw week while focusing on my Lymphatic System I thought I would show a few things I have eaten over the last few days.  I'm also thinking about extending this adventure into next week.  Time will tell.

First up a MASSIVE Salad.  I wish you could see how big this bowl was!  The salad turned out awesome!  It has 5 different kinds of lettuce in there, mini cucumbers, raw walnuts, 2 different colors of sweet bell peppers, and I topped it with a Braggs Dressing that had Ginger and a few other things in there.  Also on top is Garlicky Green Vegan Parm. 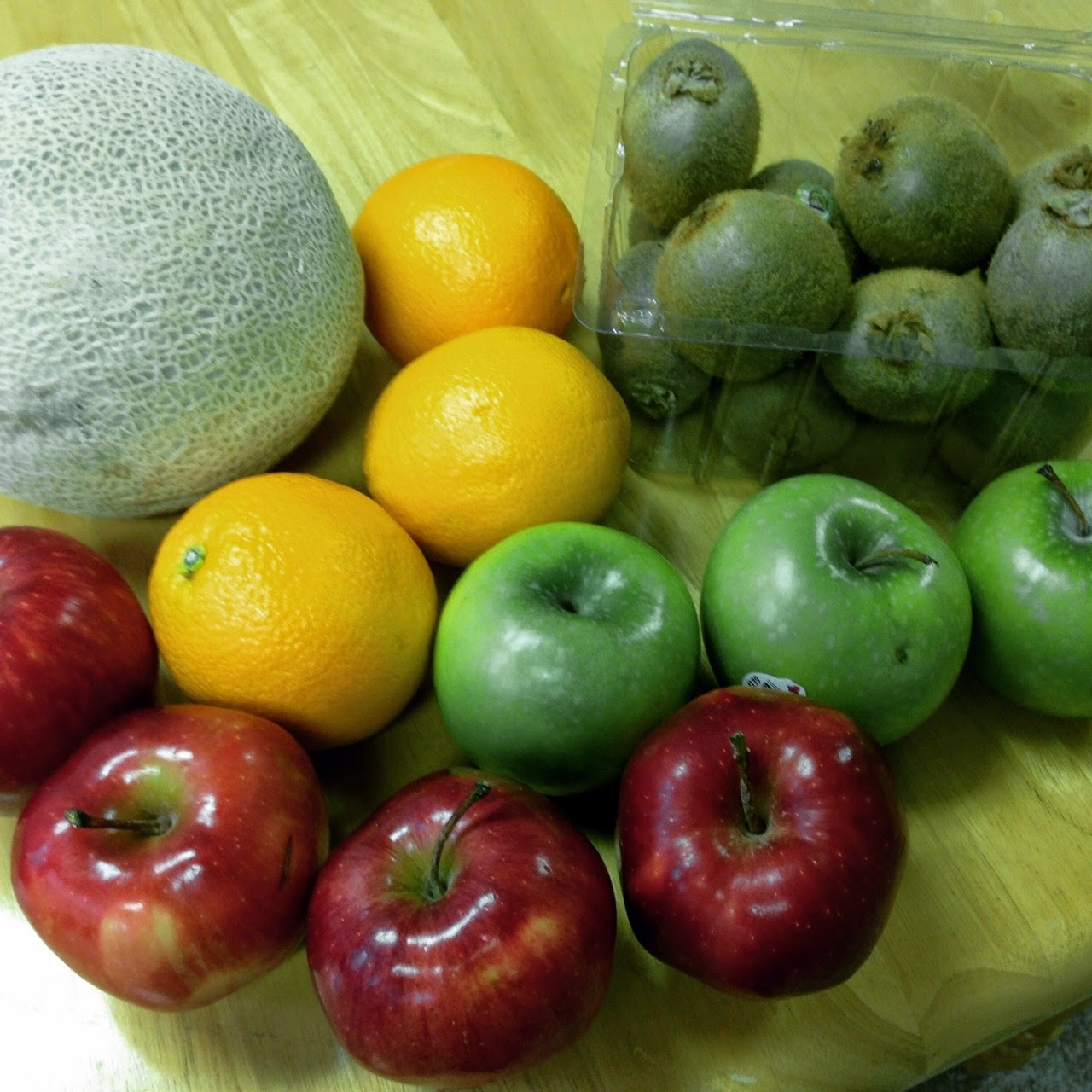 Yesterday for lunch I had 6 Kiwi Fruit.  I've also been gnawing on Kale Chips a lot this week.

I was able to find a few different kinds of Apples yesterday - including Grapples that are NOT pictured.  Cantaloupe - YAY - I hope to make a smoothie or at the very least Cantaloupe Milk with it.  A few oranges - hopefully I will make some dressings with those.  And MORE kiwi fruit!

Later in the day I bought 3 bananas and will be freezing them either today or tomorrow after they have ripened a bit more. (Frozen and in smoothies are the only way I can stomach Bananas!)

The Salad was amazing and I can't wait to have another one! 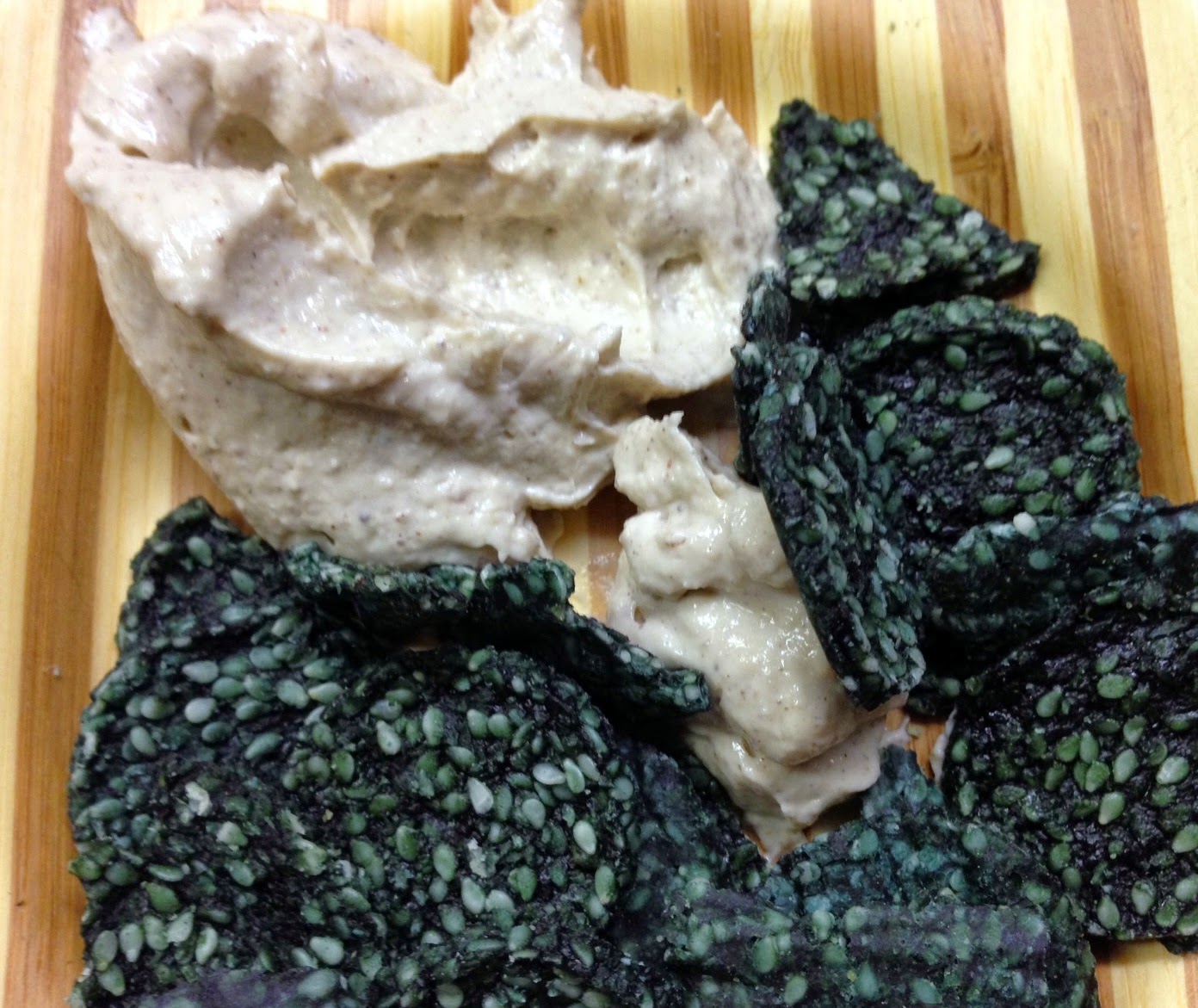 I had some Spirulina Chips left from a while back and wanted to get rid of them.  The reason I bought them was because they were Spirulina based but when I got them and tried one I knew right away they had a good amount of banana in them. Oye.

Well, last night I attempted to make a Cashew Dip and OMG it turned out AWESOME.  I dipped the Go Raw Spirulina Chips in it and PROBLEM SOLVED it was an AWESOME Combo!  I am going to be doing a recipe for The Raw Food World NEWS Site but I will tell you NOW that I used Cashew Butter, Lemon Juice, Coconut Oil, and Coconut Aminos in this recipe and now I'm kind of addicted to it!
Posted by Jennifer at 8:34 AM