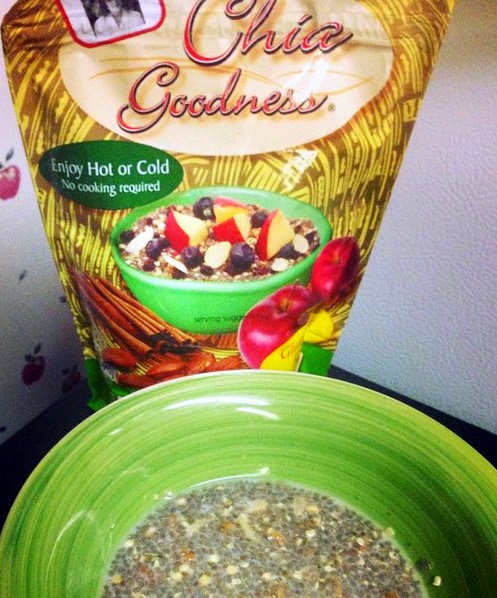 Many things have been going on as of late and things have been in high speed.  So much so that I trashed a few recipes that I was working on but still wanted to share them with you here...but...I will get to one of those in a bit.

First up is Chia Goodness - Apple Cinnamon flavor that I have had on hand for a while but finally cracked open about 2 weeks ago.  As I have said a few times I have a 'thing' with the texture of Chia Seeds once they have been hydrated.  I did eat the bowl - whole - like this but next time I think I am going to put it thru a blender before consuming - just as my own personal preference, I guess.  The flavor was tasty, tho! 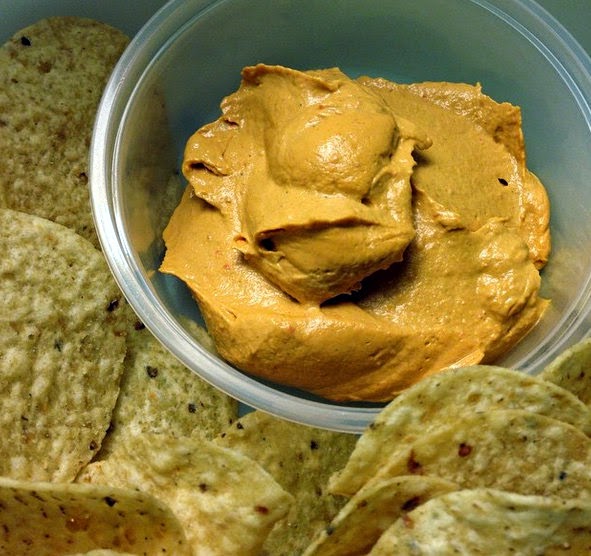 Here's another thing I have been munching on...another raw vegan cheese spread.  This one was very thick and very tasty.  I think I put a tad too much Apple Cider Vinegar in it tho but it was still good!

I wanted to try it on Brown Rice Pasta but it didn't last that long.  I used it for scooping corn chips but also for veggies, too!

Paco, Riley, and Charlie have been doing well.  Our next appointment and blood labs for Paco is January 4th. 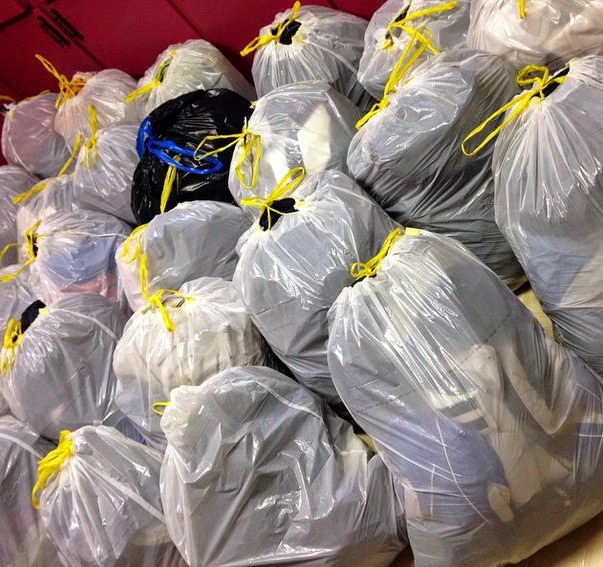 Another reason we've been busy is because we HAD to clean our basement for a number of reasons but time-wise had to because we needed to have someone come and change out our Water Meter "parts".  Thank GOD that project is done...oye!  BUT...I will say...it worked out for the best!  We donated 28 bags of clothes, bedding, shoes, hats, and coats!

I've been busy writing a lot for numerous websites but I am happy to report that I will be doing a lot more now that I have a new computer! 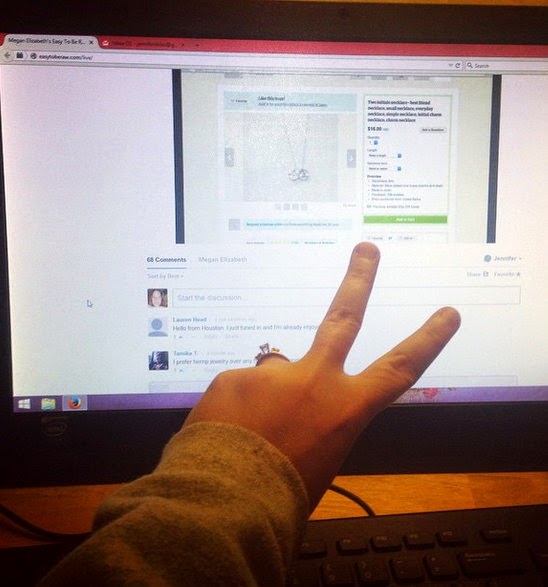 I was trying to use a Chromebook that we got on sale MONTHS ago and eventho it's handy it has a lot of quirks.  It's NOT very good at multi-tasking or working off of multiple screens/windows, and it's the easiest to save or retrieve files or edit photos.  So basically everything I NEEDED it for it wasn't cutting the mustard!  DH got me my Christmas Present early last weekend - an All-in-1 Dell that has been working real well for what I need!  You can see the screen in this photo - it's a large and wide screen!  I took this pic while on Megan Elizabeth's Hang Out Chat the other night.  Some Vegetarian/Vegan/Raw Foodies met up and chatted for about 2 hours! 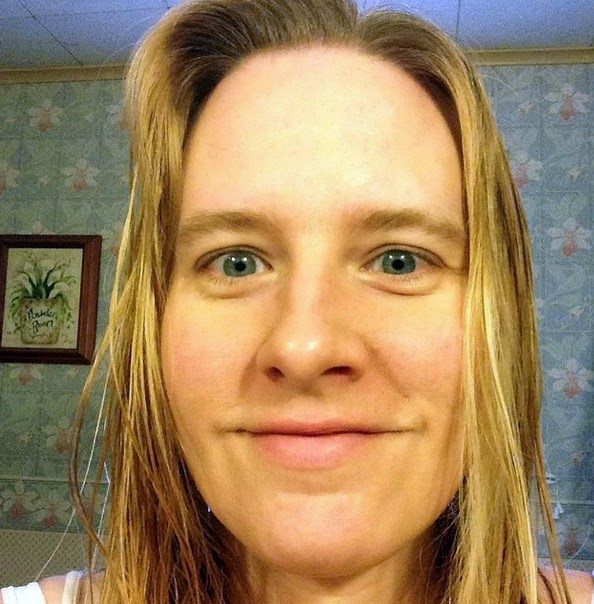 There were some great tips on skin products, skin care, make-up, things to do at home if you don't wear make-up (I usually don't) and then we got into food, gift-giving, and a whole lot more!  Here's a pic of me from yesterday morning.  I put it on Instagram with the tags #nomakeup #nofilter #longhairdontcare.  It was shortly after I got out of the shower.  This was my 2nd day using ACURE Organics Shampoo and Conditioner.  I hope to do a more lengthy review on those products soon.  The fist day was a bit rough but the 2nd day was GREAT!  More on that down the road.  So this was more of a mini wrap-up over the last few weeks, I guess!  More coming soon!
Posted by Unknown at 5:59 AM