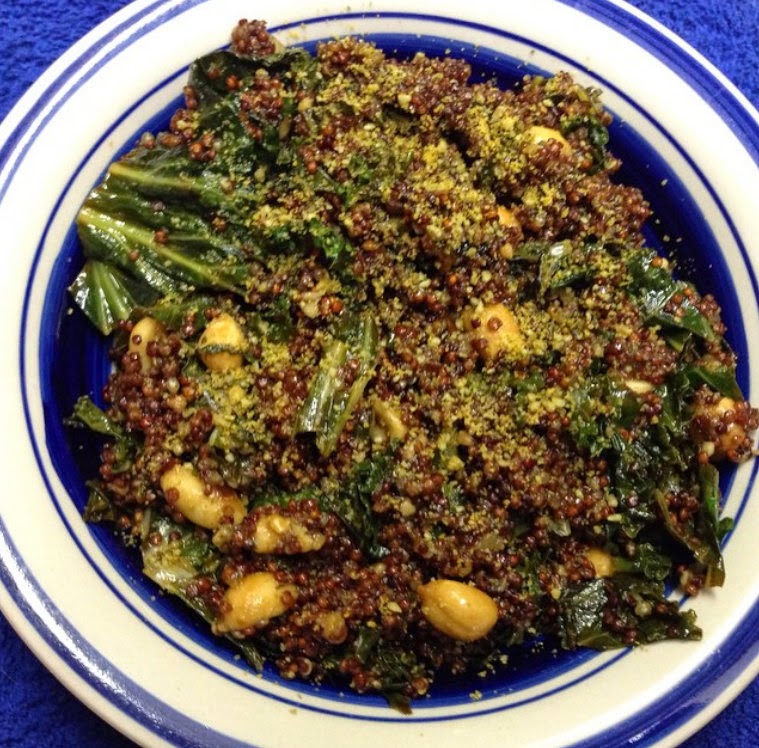 I ended up finding more photos I never posted on my blog with foods I have eaten over the last several weeks!  Oopsy!

I remember making this Kale Red Quinoa and Peanut dish and I think I over did it with the Flavored Nutritional Yeast Seasoning.  I used the Garlicky Green flavor.  It was ok but a bit salty.  I really like the idea of this dish but will have to tweak it down the road.  I thought the photo was neat so I thought I would at least share that now but the recipe does need a bit of work in the meantime. 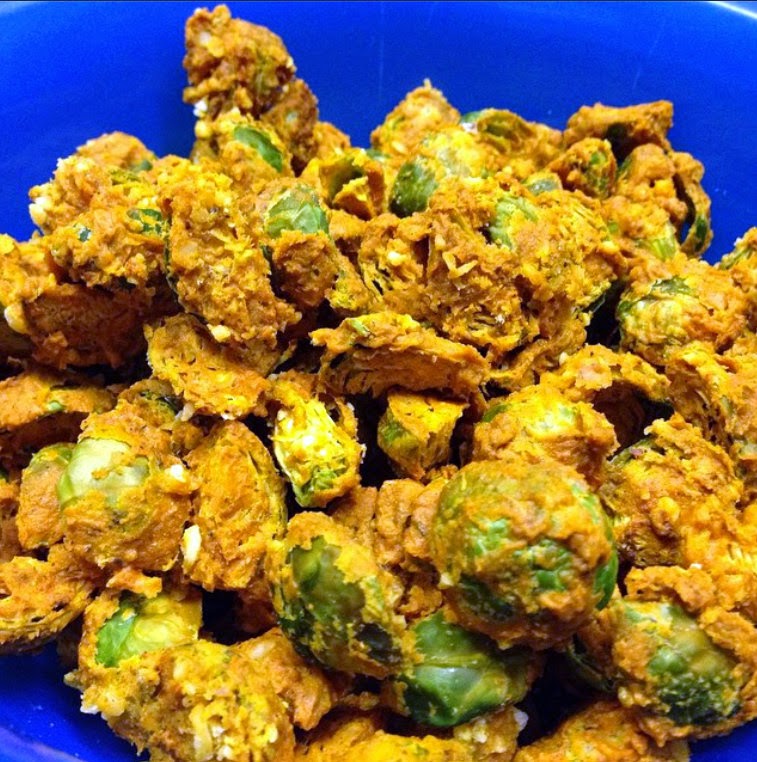 WEEKS ago I dehydrated some Brussels Sprouts.  But not before I coated them in an intensely flavored sauce.  I originally got the idea from Tarah over at 40 Below Fruity's YouTube Channel.  I ended up using a different recipe, however, because I didn't have any Zuke's!  I should have stayed with HER recipe!  Oye!  BUT...they weren't too bad.  I do prefer by Brussels Sprouts cooked.  These were RAW and dried.  I really like the idea of this recipe and will do it again but HER way!  I have followed many raw foodists on YouTube for years and I have enjoyed Tarah's channel this past year, too, but I think I will be lurking around her site and channel more frequently moving forward because our climates are similar. 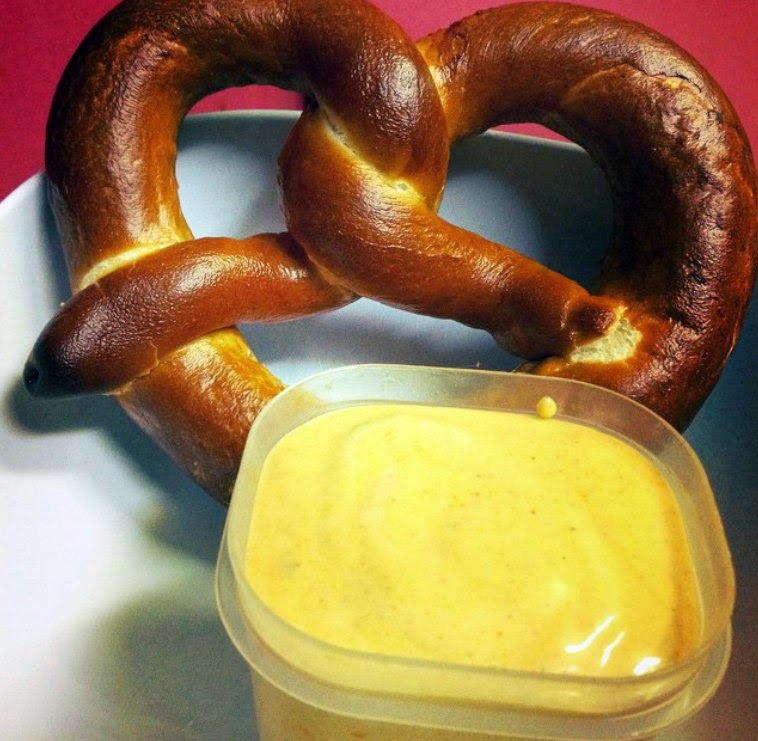 Something that definitely ISN'T raw...this vegan pretzel!  But it was a comfort food I consumed about a month ago and forgot to post here.  I did, however, post all of these on InstaGram, tho!

I found a generic or discounted brand that didn't have any animal ingredients in it and grabbed 2 boxes.  My husband LOVES them too and you BAKE these instead of 'nuking' them.  I made a Agave Mustard dipping sauce for it, too!  YUMM!

I'm trying to finish all of my Holiday prep but work is really exhausting me!  Might have to shoot for smoothies every morning in the near future to kick my days off right!
Posted by Unknown at 6:02 AM