That's NOT a Vegan Omelet! 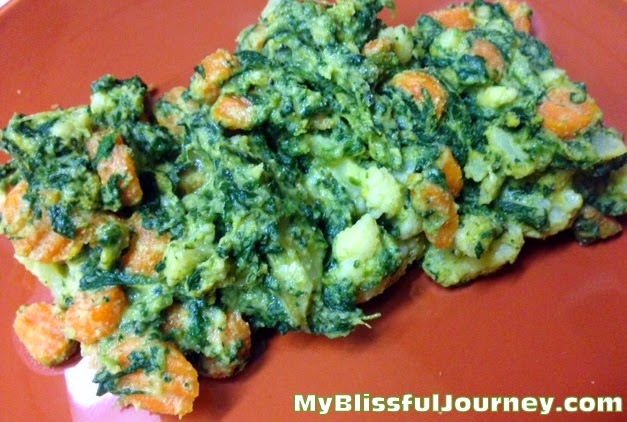 Wait...that doesn't look like an omelet!  Well, it was supposed to be...it didn't turn out that way.  But I didn't give up on it.  I morphed it into something else and it ended up being edible.  I think my problem was that I wasn't patient enough.  Since I goofed on this recipe I won't post it here but I will say that it ended up being pretty tasty and I made two meals out of it.  I was originally going for an omelet but it ended up being a non-tofu Scramble, instead, I guess.  With a little more liquid it was sort of like broccoli and cheese soup but with spinach, cauliflower, and carrots instead of broccoli. 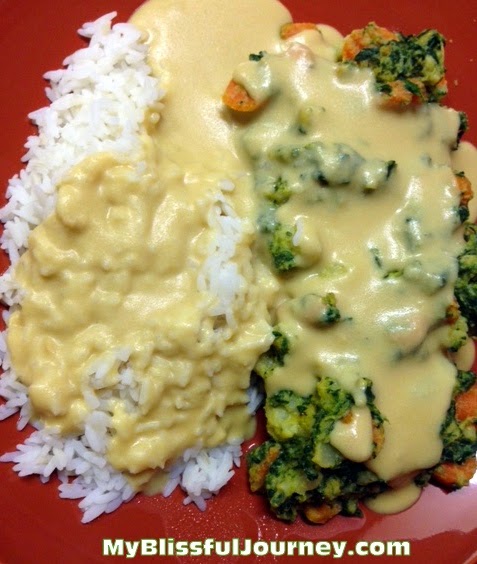 Here's the first meal I had with it.  I just did plan white rice and added 'cheese' sauce to it.  It was a packaged powder that I doctored up as well.

One of these days I will gain enough courage to try a vegan omelet again but it might be a while.

I did use the vegg in this as well as coconut flour.  That could have been the issue...the coconut flour...I haven't gotten the substitute ratios down yet.  I wanted to use Almond flour but I didn't have any.

Eventho there is spinach in this dish I wanted to 'up' the greens count so I sprinkled a bit of Garden of Life's Perfect Food.  One of my favorite things about the GoL products you can add it to anything for a little extra boost...this one contains over 8000mg of greens per serving.

Eventho this didn't turn out like I hoped it ended up being a tasty dish - with leftovers!  I have lots more to share and will have multiple posts today so stay tuned!

PARTICIPANT:
Healthy Vegan Friday's
Posted by Unknown at 5:37 AM