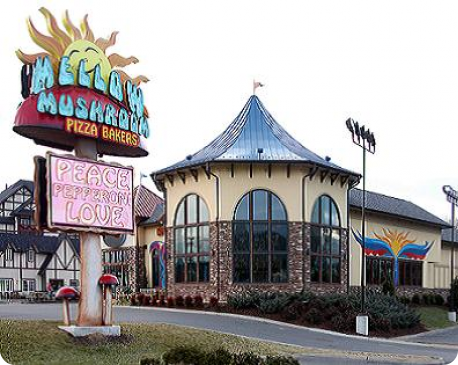 ***There is still time to enter to win Organic Chia Seeds from Garden of Life***  CLICK HERE I will choose a winner BEFORE 5pm est today! 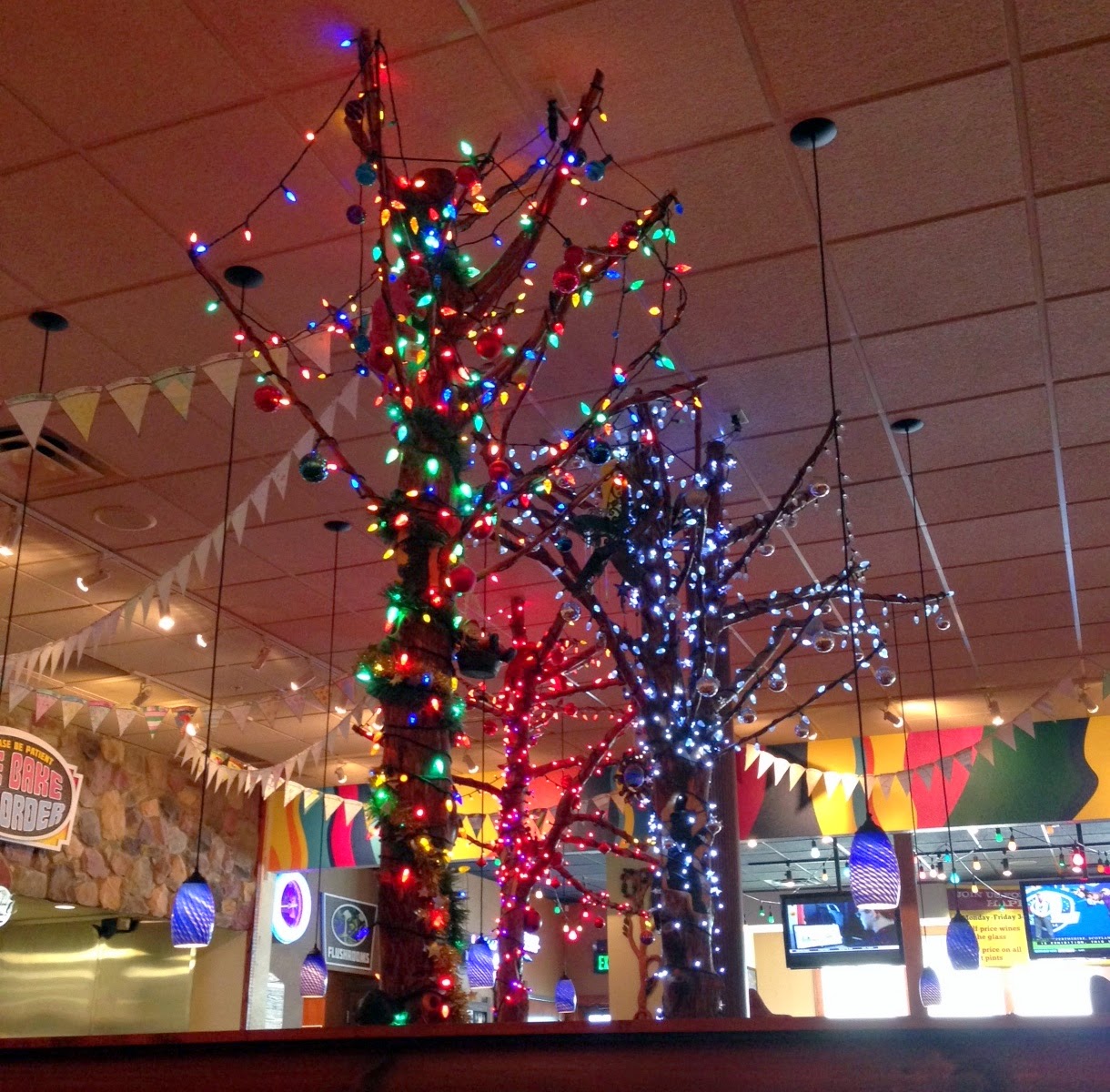 First...I have to talk about the decor in this place.  It's so cool!  There are lights, mushrooms, tye dye stuff, hippie stuff - pretty much everywhere.

These are some of the lighted tree decorations they had in the middle of our section.  I took some pics of the walls but they didn't turn out that great.  There was a HUGE painted wall that went from one end of the booth seating area to the other that was hippie and groovy but still a tribute to Pigeon Forge and the Smoky Mountains. 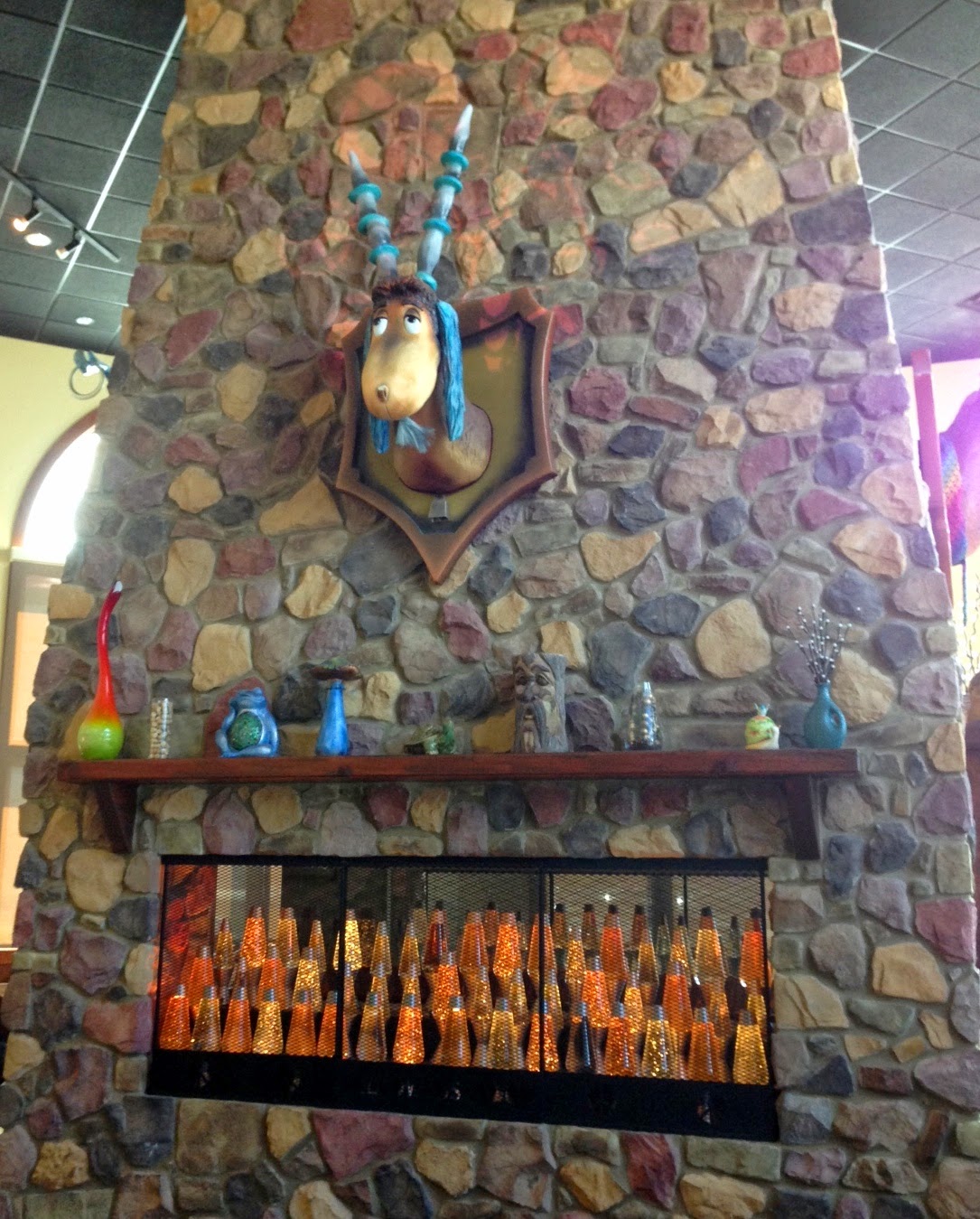 They had this crazy stone fireplace that had some sort of mystical cartoon character mounted on it (thank GOD it wasn't a real deer - blah!) and candles and trinkets on the shelf below and then...look at the fireplace!!!  Instead of 'fire' it's a slew of Lava Lamps!  How groovy is that!?

There was plenty of parking outside, a lot of seating inside, a bunch of eye candy to look at inside and out and we haven't even talked about the food yet!

We will get to that in a moment...but first...I just had to show you another shot of this 'fireplace' of Lava Lamps...

Here's a photo of some of the mushrooms that were throughout the restaurant, too!  Of course when I added this to my InstaGram I had a few funny yet crude comments about what they looked like!

But...Mellow Mushroom's InstaGram 'liked' them so that's cool.  It was actually really neat because a lot of the pics I took and put on InstaGram I had the official place 'like' my photos! 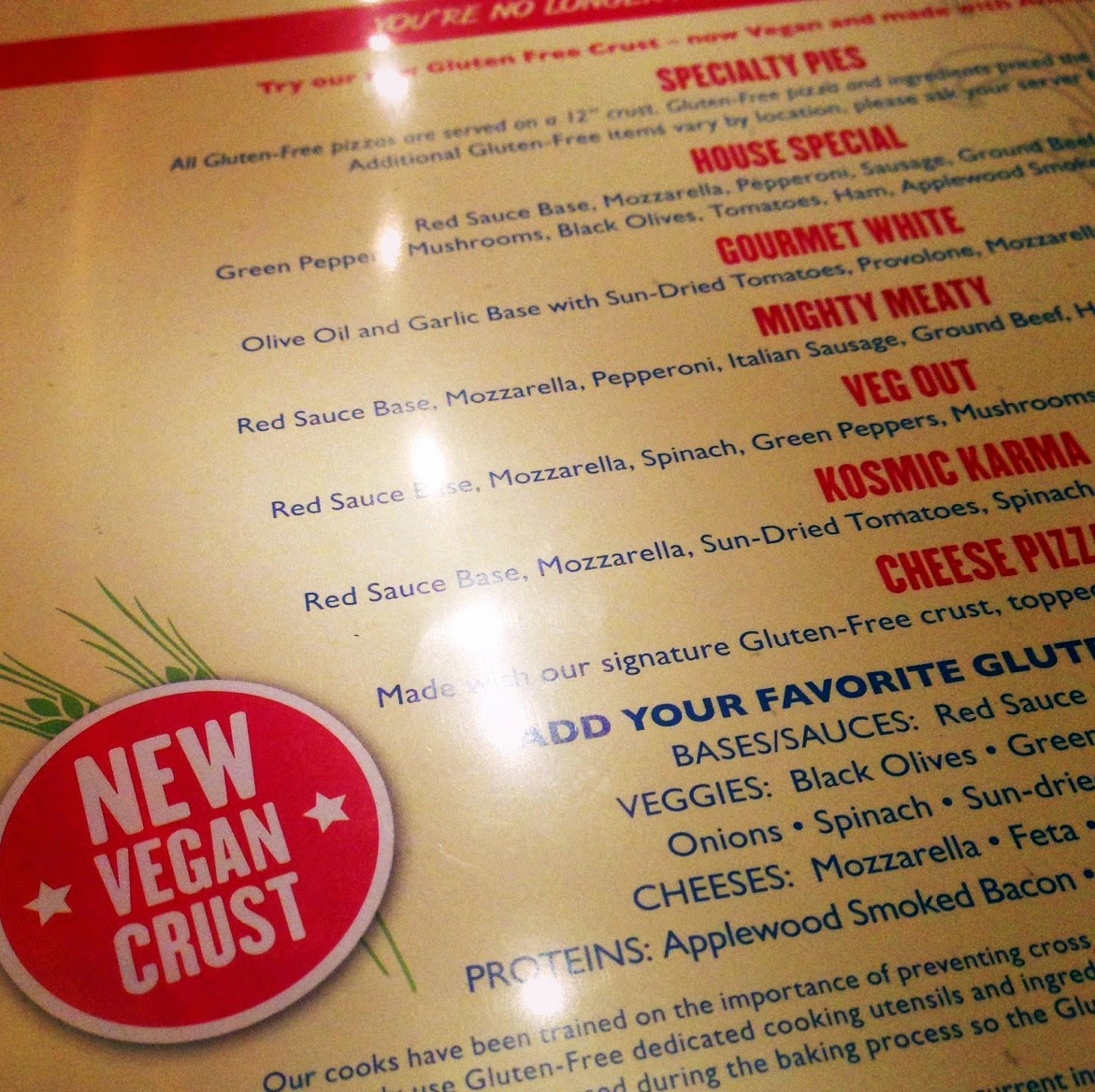 Anyways...on to the food, right?  Dale ended up getting wings that were twice baked (not fried).  For those of you who are new to my blog - my husband is NOT vegan/vegetarian.

I, however, found out that they do vegan pizzas!  YAY!  They use Daiya Cheese!  They make their own vegan and gluten free crust from ancient grains.  I'm not Gluten Free but I enjoy eating Gluten Free foods from time to time.  There were other vegan options on the menu but I didn't really want to think about it and wanted to take some of the pizza back to the Cabin for later so this is what I went with. 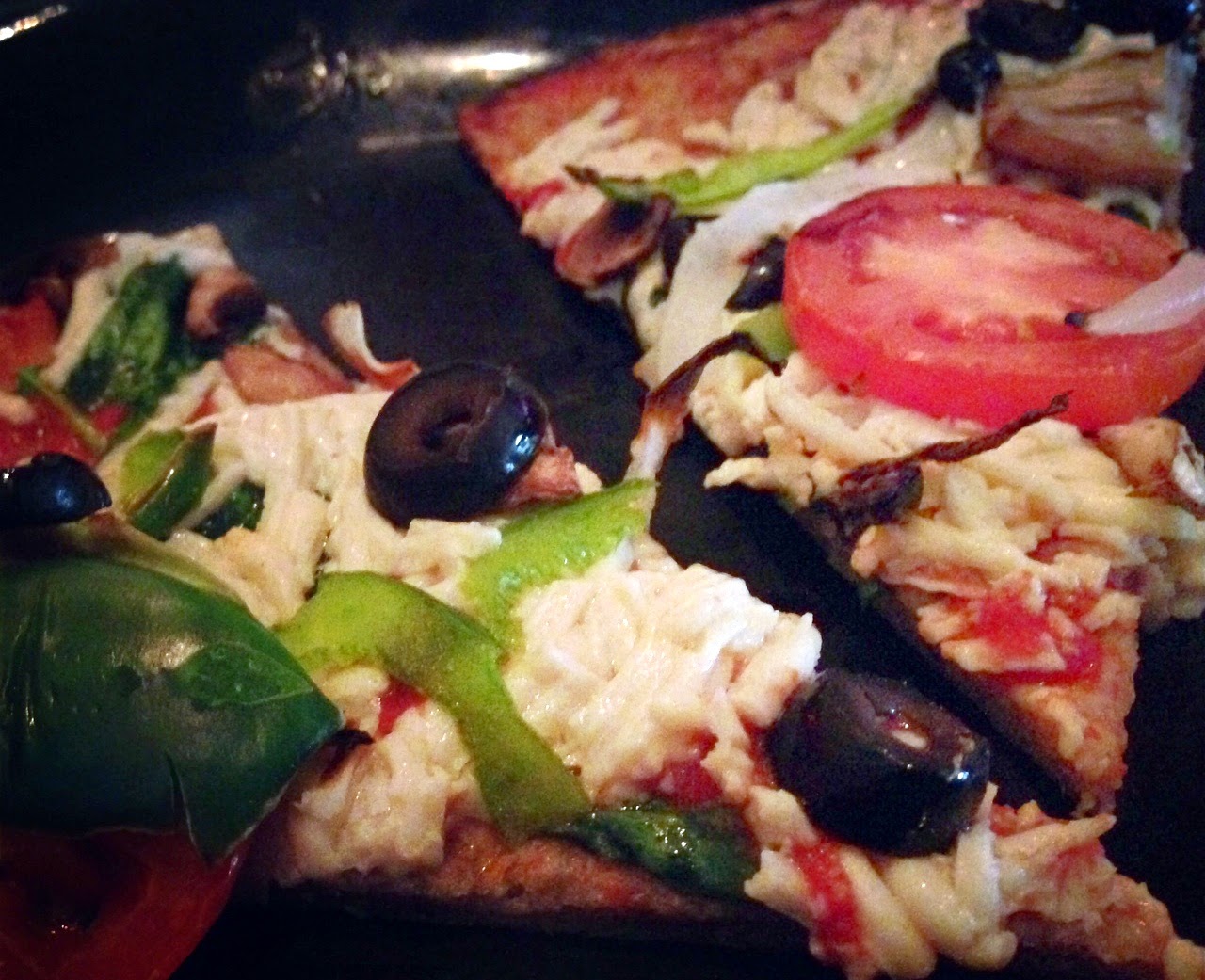 It was the Veggie Pizza with the Vegan AND Gluten Free Crust.  Yes..Vegan Daiya Cheese.  The sauce was pretty good...but my favorite part of the pizza was the tomatoes!  They were AWESOME!

The pizza - overall - was quite good.  I'm glad I was able to get it.  Very happy they offer it!  I do like the Vegan Pizza at Pizza Plant in Williamsville (Buffalo, NY, area) better, tho.  If you are veg - where is your favorite vegan pizza located?  Which eating establishment outside of the home, that is!?
Posted by Unknown at 6:35 AM