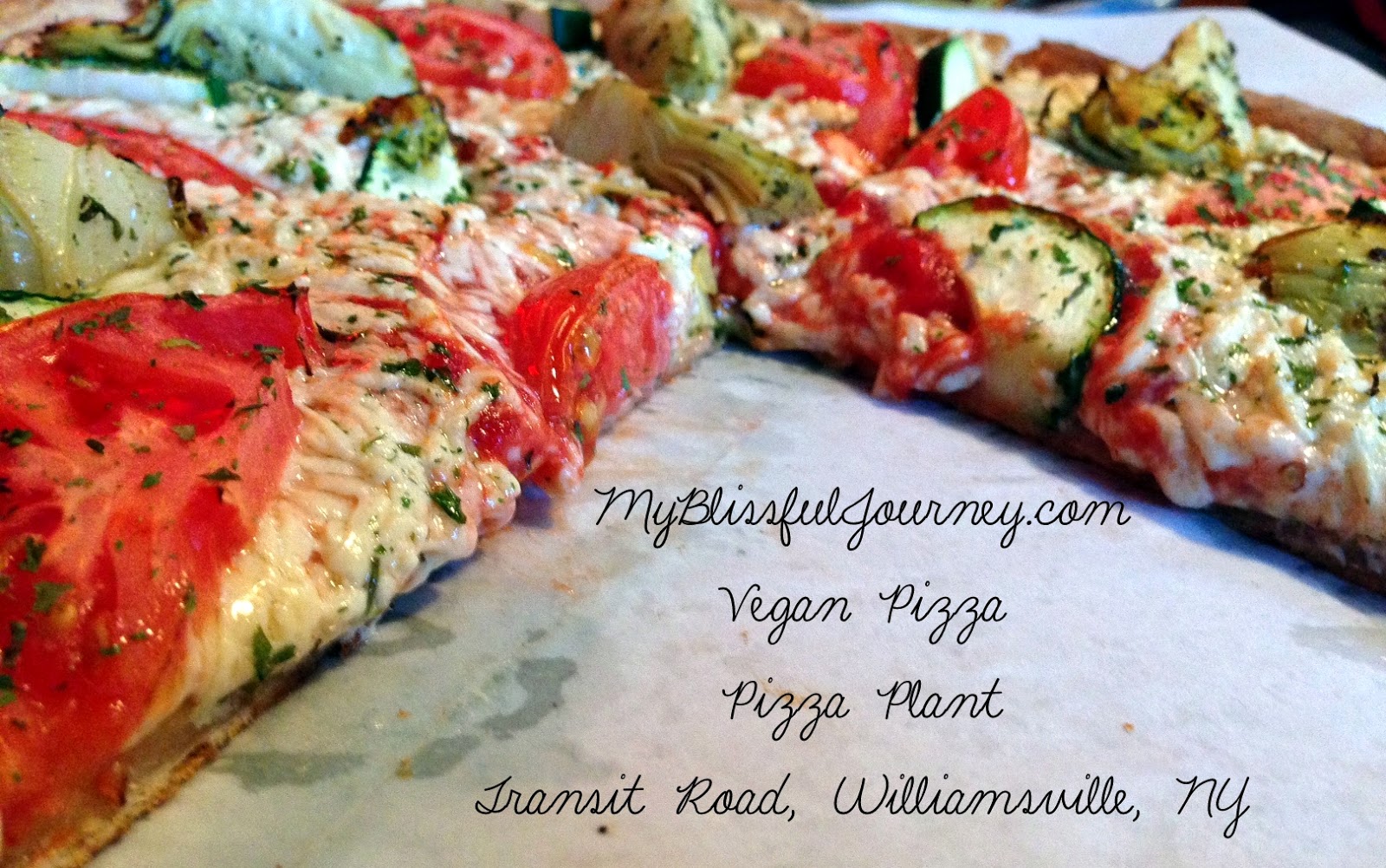 One of the places we stopped on Sunday was The Pizza Plant on Transit Road in Williamsville, NY, for my Birthday.  They have an AMAZING selection of Vegetarian Options.  They have a great deal of Vegan Options as well.  We've been to the Pizza Plant a few times...they have two locations.  The other is in Walker Center.  I was born in Buffalo and raised in a few towns and cities around Buffalo.  My Mother's Father owned part of Transit Road back in the day.  Of course that was probably 50 years ago or more, but still...we have history there.  I'm always excited to visit.  We didn't meet up with any of my family members - such as cousins, uncles, aunts, etc...we just went for the day and didn't really know where we were going other than Trader Joe's, Guitar Center, and a few others stops.  We ended up at Pizza Plant. 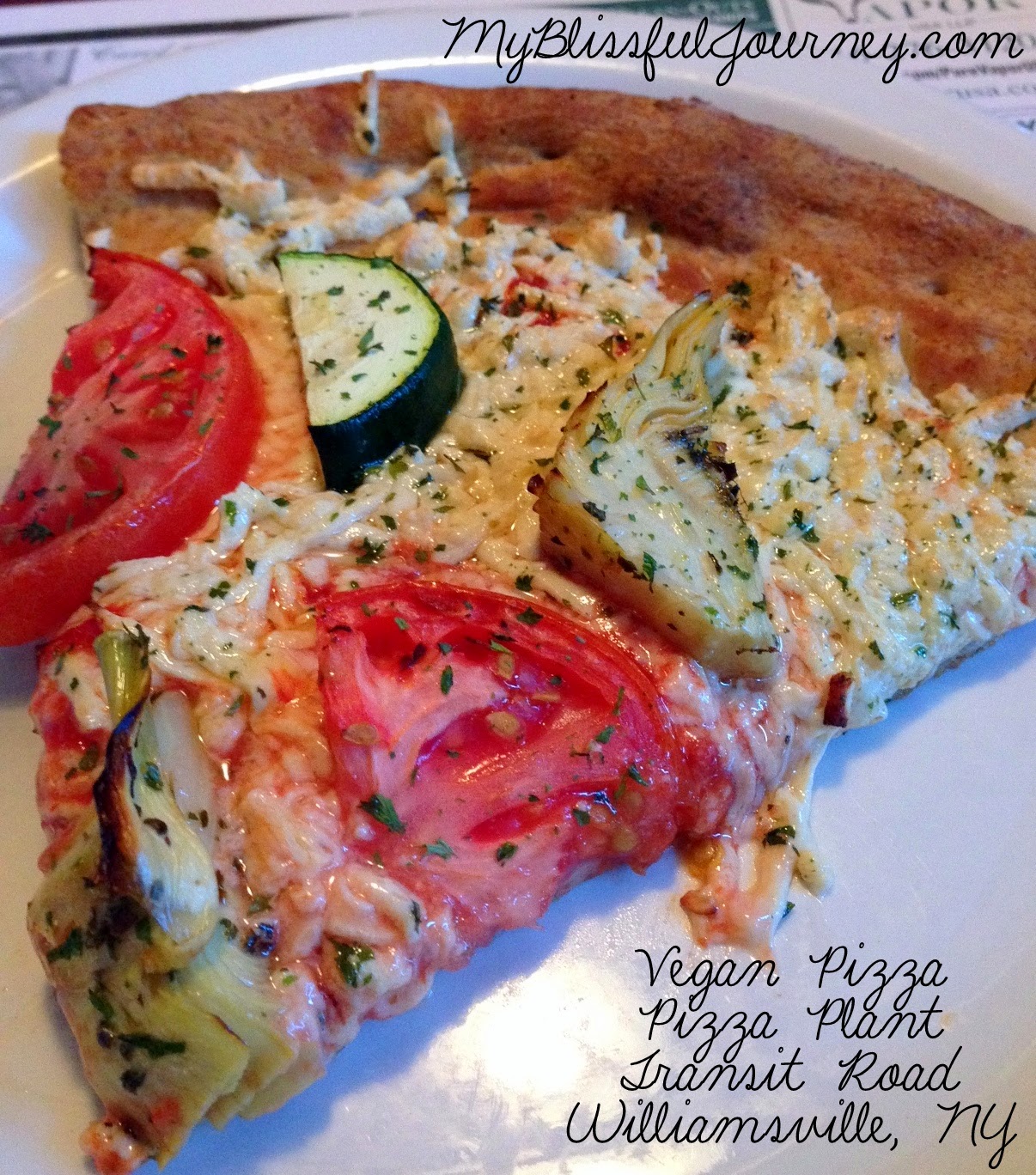 I noticed they had not only Vegan Pizza - but Vegan Pizza - WITH Vegan Cheese!  I have to confess - this is the very first time I have had Vegan Pizza with Vegan Cheese - eating at an establishment.  You just don't usually find that around much.  So...it was my birthday and I splurged!  They make their own sauces, their own crusts, and use very fresh ingredients.  On this pizza I had Tomatoes, Zucchini, and Artichokes...with herbs!  The crust was their Garlic Crust.  It was AMAZING!  I had plenty to take home...that's for sure!

There are so many things you can veganize on their menu in addition to the already vegan items they clearly mark on their HUGE menu!  PLUS our waitress was WONDERFUL.  As soon as I said "vegan" she lit right up and started raddling off a bunch of additional info!  She said ALL of their doughs were vegan except for their Whole Wheat.  Good to know!  In the past I have opted for the "Pods" that they are famous for MINUS the cheese.  Which would be various veggies and sometimes a sauce inside of a "Pod" which is basically a Stromboli but better!  It opens slightly on the top and they aren't greasy like you would see in stromboli's plus they have over 30-some different combos!  YAY!  Anyhow...I really like this place...perhaps it's because I'm not able to go there often...or maybe it's because of the vegan options....heck...it's probably BOTH...but I'm even HAPPIER after our last visit!  YUM!