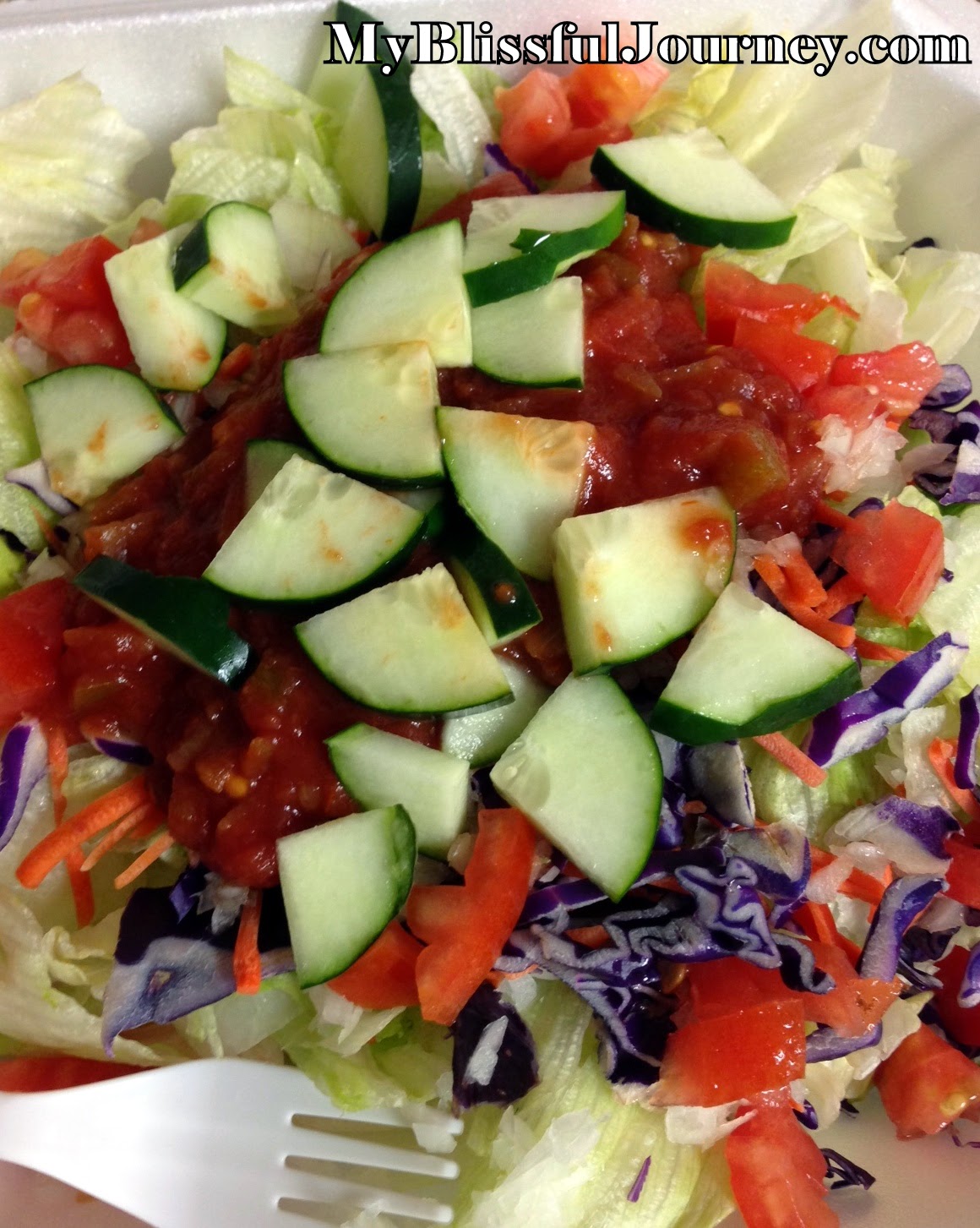 A few weeks ago Christine over at The Raw Project posted about some of the Vegan Fair Food items she recently found at her local fair.  Not too long ago I did the same thing.  During our county fair - not only is my husband there for about a week and a half because he's a fair board director - but we also have 10 LIVE broadcast remotes in 5 days - for the radio stations I work at.  PLUS I like to volunteer in between so it's a VERY busy week - and then some.

The cafe that is run by volunteers and benefits the fair made a custom salad for me made with every veggie they had on hand and I did salsa for the dressing!  This was a HUGE salad!  I was so thankful for them doing this
for me! 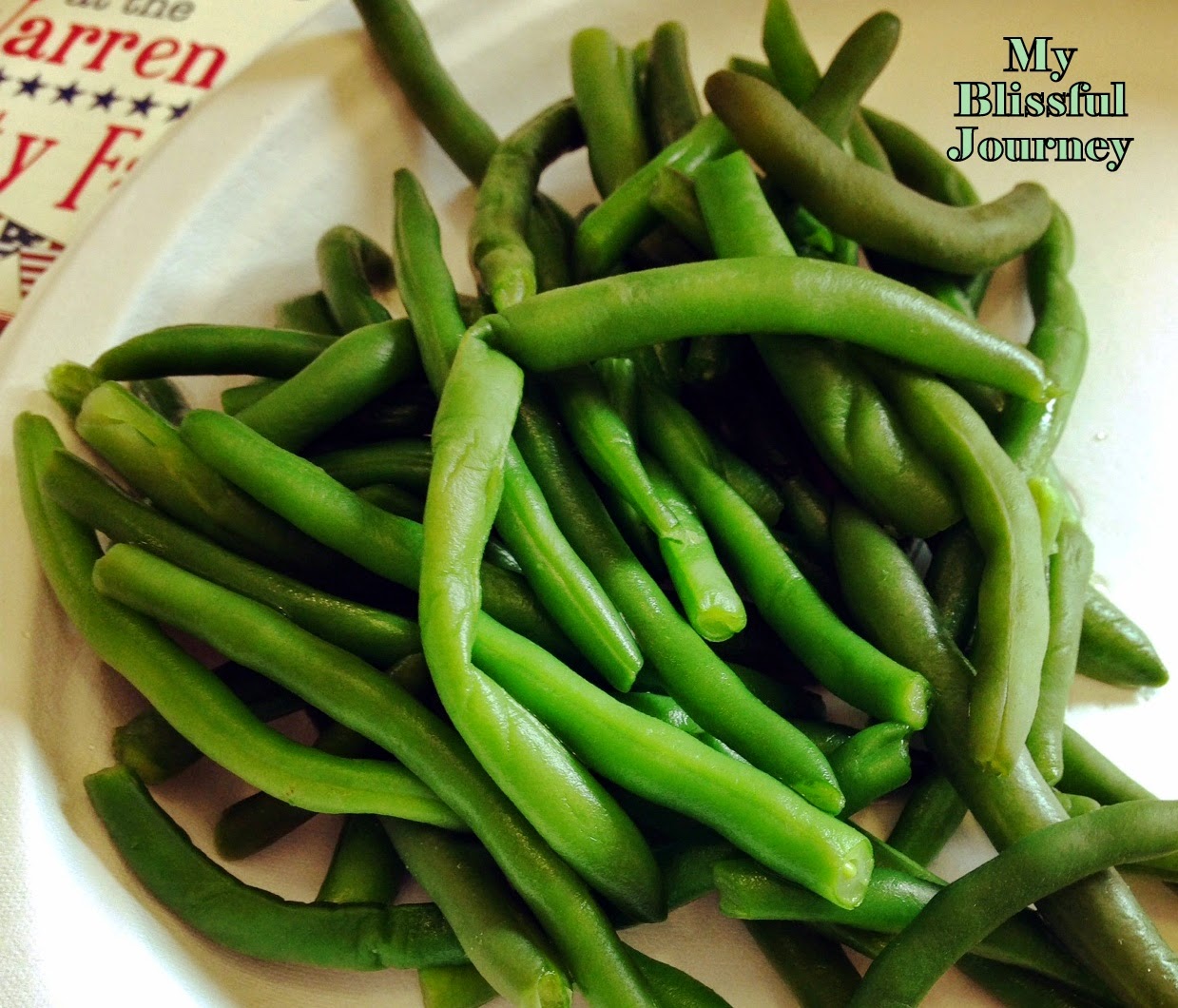 The first day everyone was there and settled in there was the annual Media Lunch.  The only thing I had was these green beans.  Thankfully they were 'naked'.  No butter or other ingredients so they gave me a HUGE plate-full.  They were super fresh, tasty, and surprisingly filling.

I wasn't the only one with a plate full of Green Beans - a friend of mine who was Gluten Free (but not veg) thought it was safer to just eat 'green' that day, too! 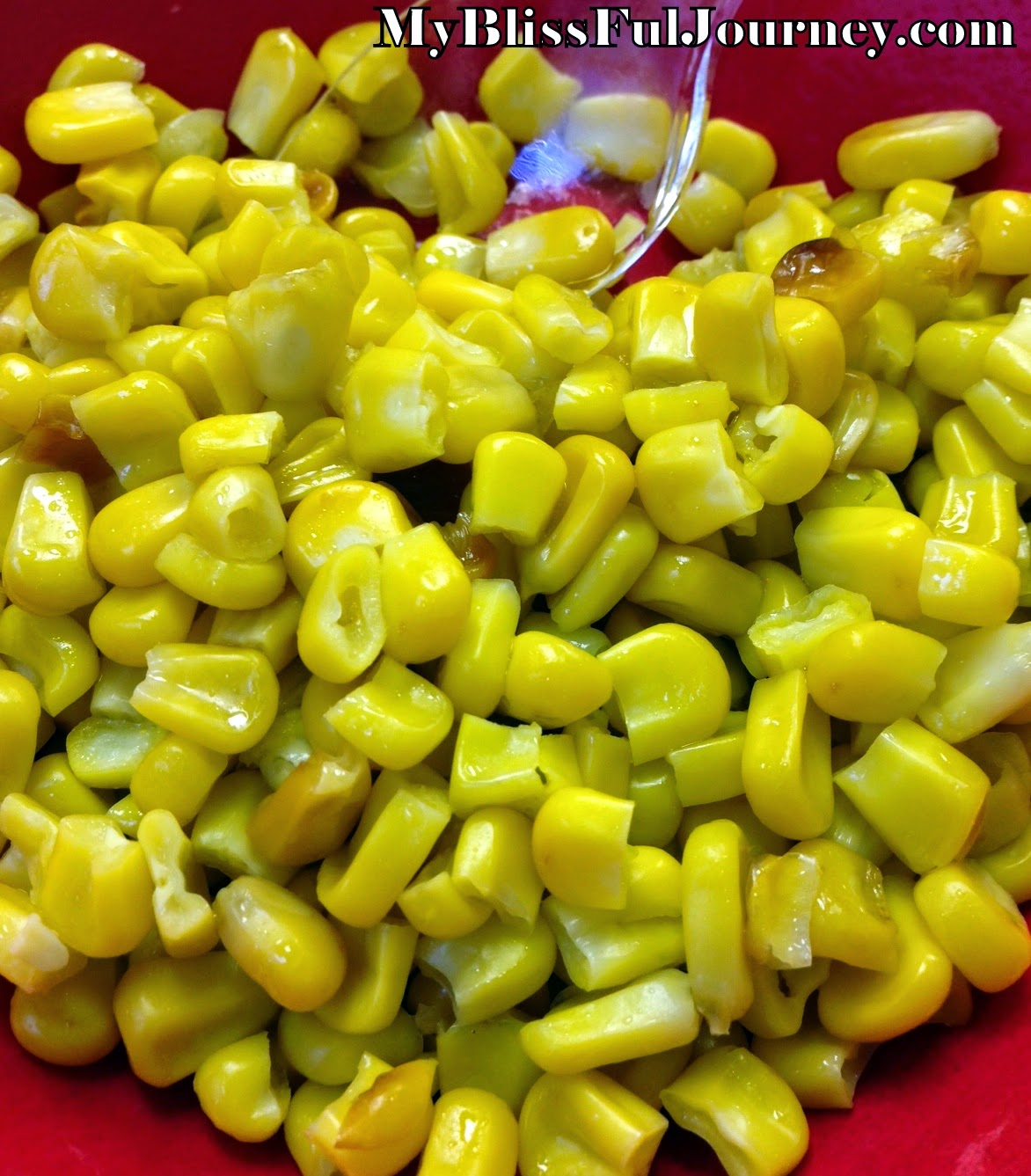 I was lucky because I knew the girl who did the meals for the entertainment - such as Tyler Farr, Lorrie Morgan, and Joe Diffie - and their crews.

She saved some items for me or let me grab a quick munchie in between things we had going on.  This was one of them...CORN...it was pretty good...even on day 2.  Other items consisted of mostly FRUIT which was completely fine by me!  I was grateful for the strawberries and cantaloupe.  She even grabbed me some Broccoli, too!   And she was so nice to even bring me some cherry tomatoes from her garden!

PLUS...a friend of ours was camping there and she brought me 2 HUGE bowls of fresh cut watermelon that week!
Posted by Unknown at 9:14 AM