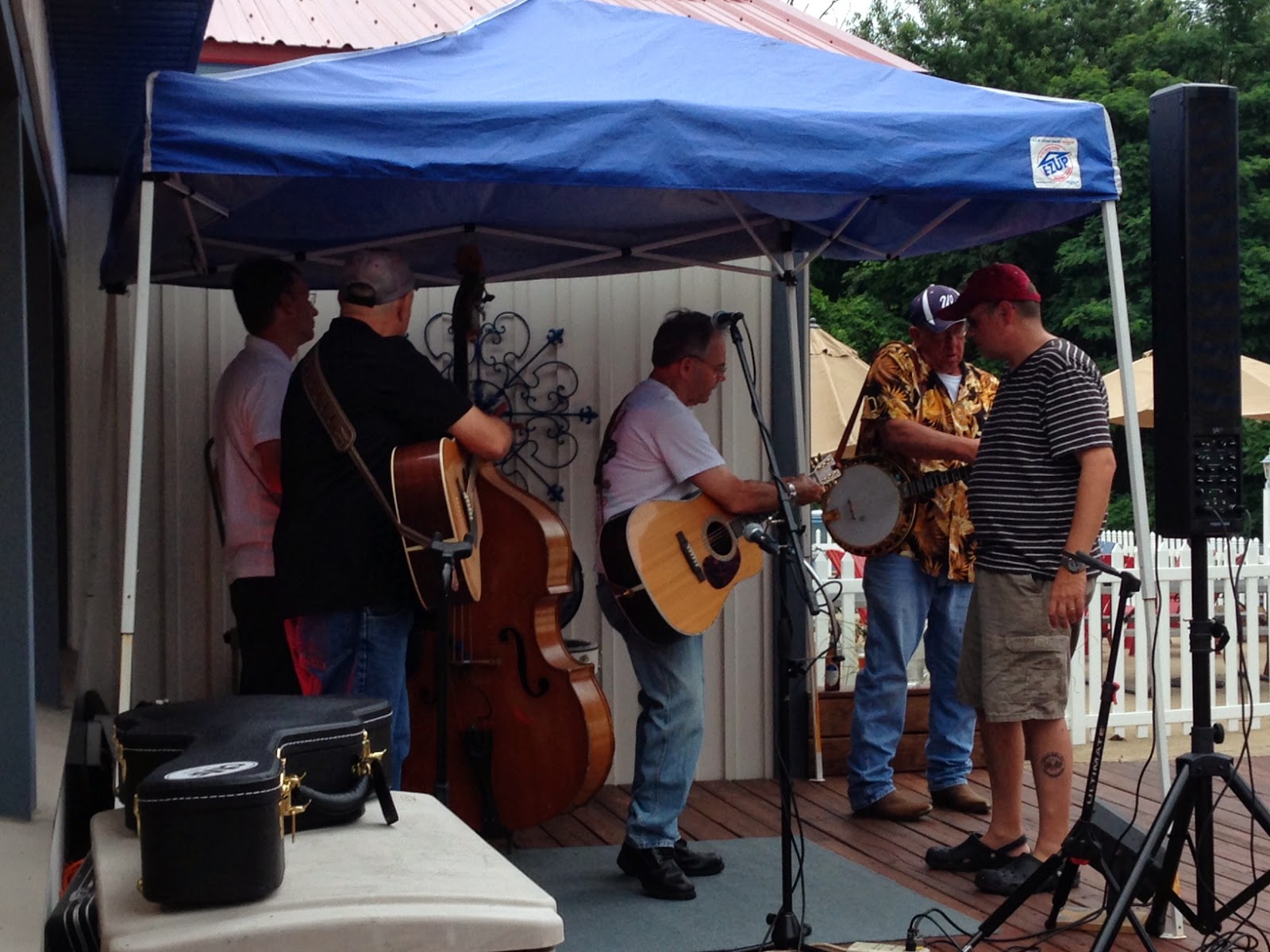 Last weekend my husband's band 'Northern Railroad' played at The Hadley House in Stow, NY, which along Chautauqua Lake.  I was able to attend as well as some of the other girlfriends and wives of the band members.  It was a nice time to catch up with some old friends, too!  They played outside and the weather held up for about half of the event.  They then moved inside.  I was able to take a few photos while they were out on the deck, tho! 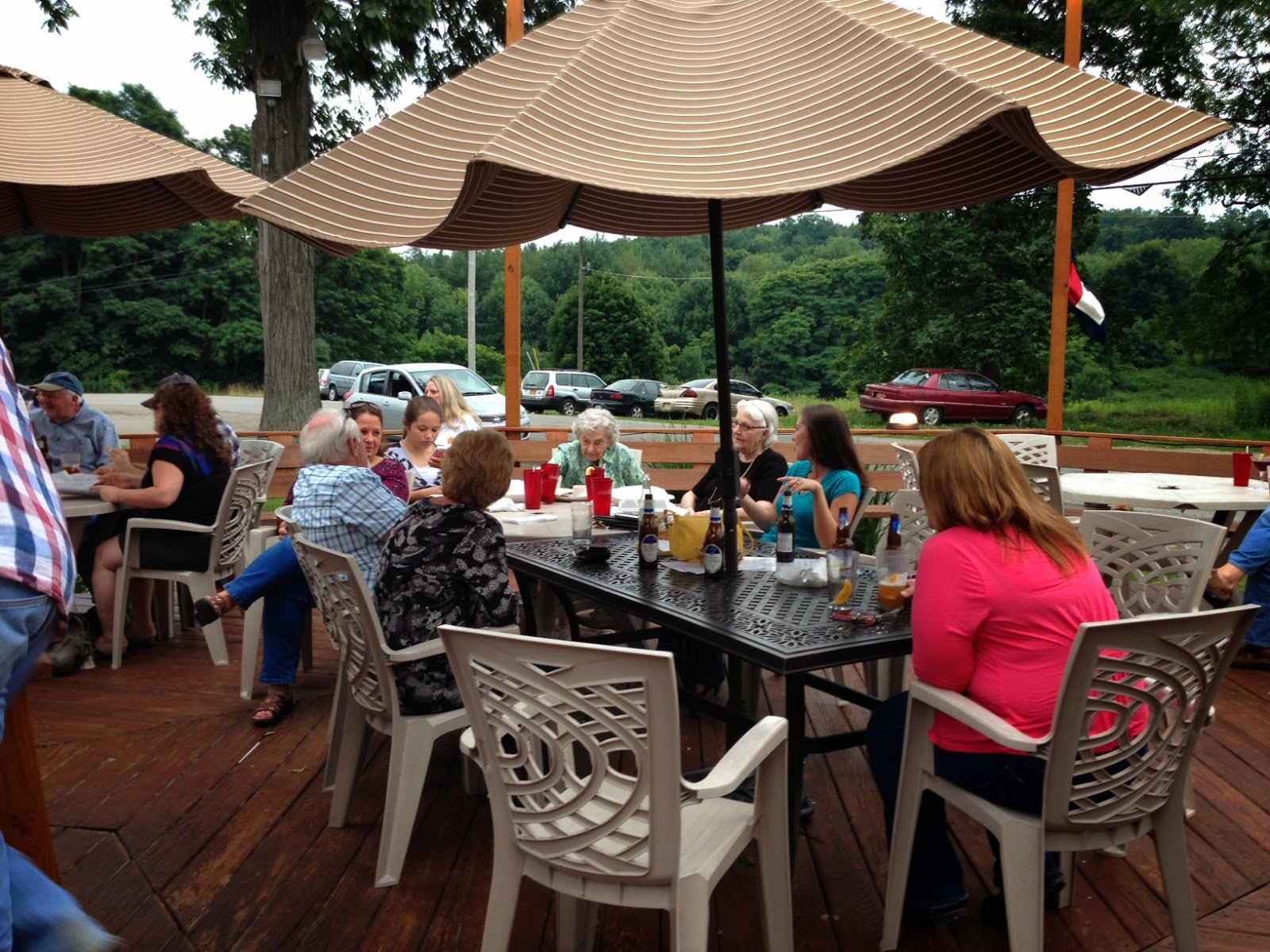 In the first photo you will see an extra member suiting up to play guitar.  This is a friend of the bands that they asked up to play a few songs.  There were a few other local musicians there, too, and they did a song or two as well!  It was fun! 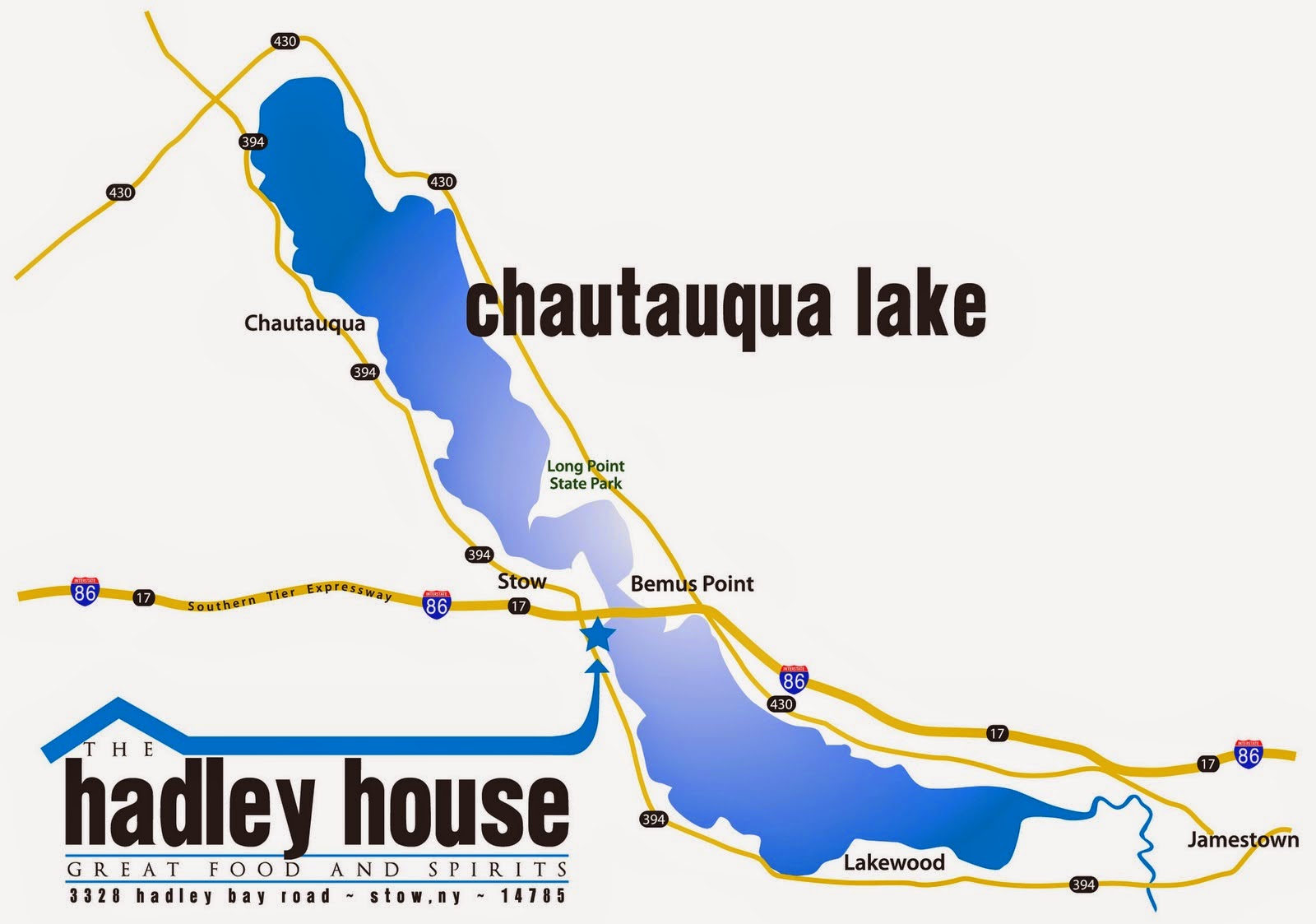 Another rare occurrence was that both my parents attended for a bit as well as Nicole's mom, 2 grandmothers, and niece.  they are pictured in this 2nd photo.  My father is in the blue and white shirt and my mom in the black print shirt with their backs facing the camera.  Nicole is in the turquoise and her family to the right of her.  The other girl in the melon color shirt on the end is the bass players girlfriend Sharon.  The menu was pretty pricey but it was a fun night.  I know this sounds strange - I wasn't even going to eat anything at first - but I noticed they had a house dressing that I really wanted to try - so I ended up having a side salad with it.  It was a Key Lime Balsamic Vinegar.  It was FAB and now I want to try and make a version of it, too!

Here's a look at the surroundings of the Hadley House/Chautauqua Lake area.  I hope the guys will be playing there again in the future!  It was FUN!
Posted by Unknown at 6:41 AM