I Spotted My Parents on the Aviation Webcam! 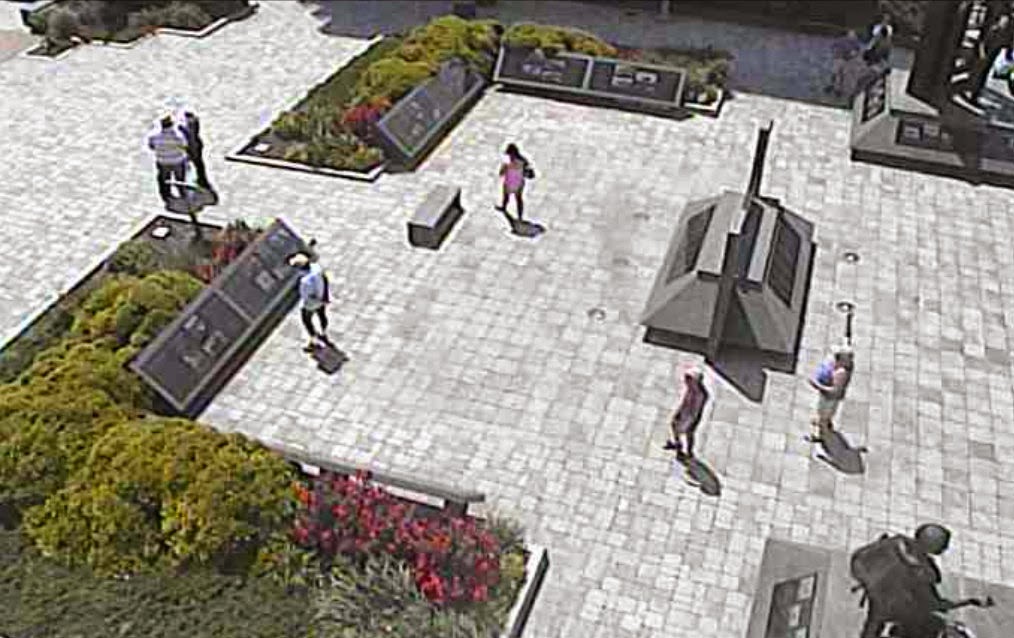 My Parents are on vacation this week and decided to go to Virginia Beach, VA.  Yesterday morning they visited the Association of Naval Aviation at Hampton Roads Squadron. 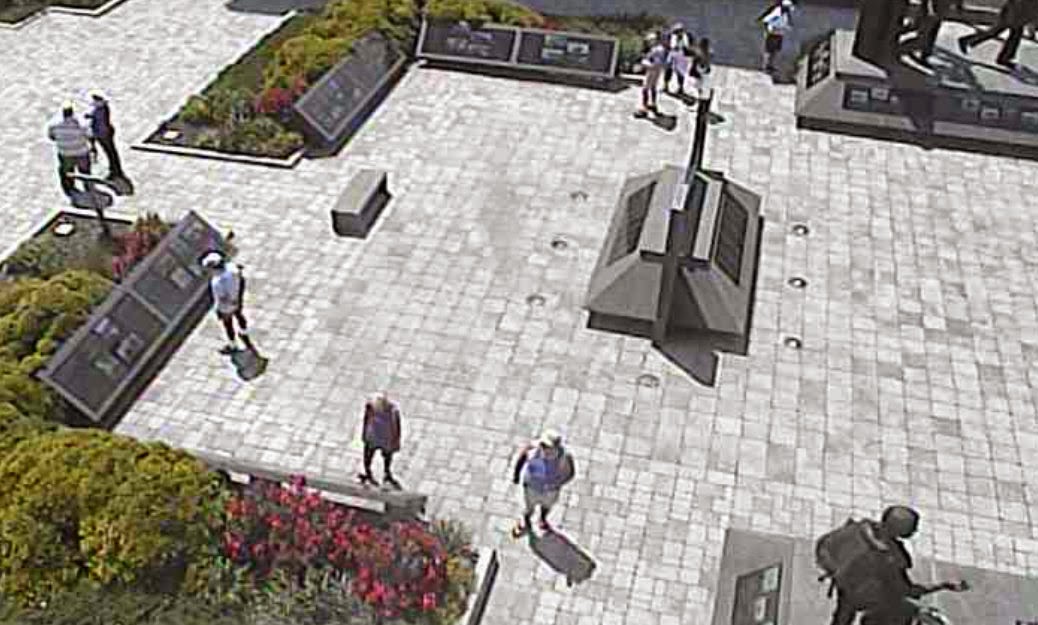 My Father text messaged me the link to the Webcam.  Followed by another message that said "We're Waving!"  I thought for sure my father was going crazy if he thought I would actually be able to SEE him waving!  I didn't know what kind of a delay this webcam had or where in the park my parents WERE or if the camera was where they were, you know what I'm saying?

Anyhow...after re-looking...I spotted them!  I quickly took a few screen shots on my iPhone!  How cool is that!?  In the first photo near the center statue walking toward the flowers and in the 2nd near the red flowers on the bottom you will see them!  My mom's on the left and dad on the right in his blue tank top, shots, and hat! My Dad was in the Navy during the Vietnam Years and is a proud veteran.  He was on the USS Kitty Hawk.

I also read the following on their website and will be looking into it more...

We salute the proud heritage of Naval Aviation that has had many of its beginnings in Hampton Roads. Since 1910, many men and women have trained here, manning aircraft carriers, planes, ships and subs. Don’t miss this beautiful Navy memorial on the Virginia Beach oceanfront boardwalk, honoring the airmen and women who help defend our country and protect all Americans.  Take the virtual tour of the monument.
Posted by Unknown at 4:00 AM