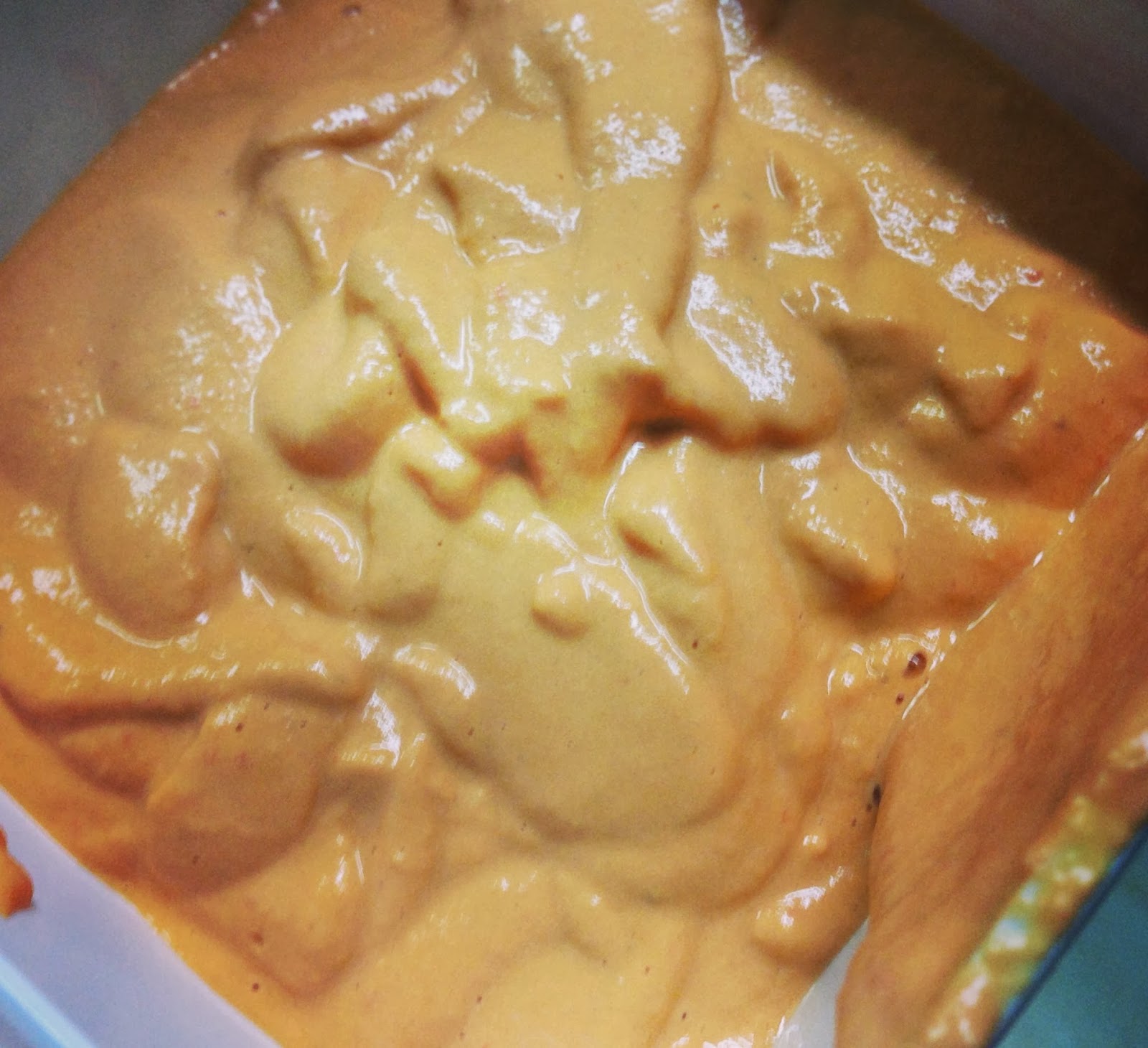 I'm so excited!  I received my Vitamix Turbo VS on Friday.  Since we were "Wildtree-ing" it on Saturday I wasn't able to experiment with it until Sunday.  But when I was able to - I ran with it!  We watched the DVD that came with the Vitamix and I was so excited I also got a UNcookbook and Nut Milk Bag along with it!  I made a Smoothie for my husband that had dairy ice cream in it (he's far from veg) and for me I did Almond Milk and Frozen Raspberries and it was GREAT!  Later in the evening I made this Chedda Sauce - which was a recipe that was featured in the book that came with it but I tweaked it a bit.  Here's what's in this sauce...

With the few things I have done with my new Vitamix so far I have noticed a few things I want to point out!  One...when doing seeded fruit smoothies - in other blenders - even with my Ninja's - you get each seed IN the smoothie.  With the Vitamix - there are very few seeds to deal with.  Two...with the 'cheese' sauce - no trace of nuts - or chunks - completely smooth!  Even fluffy!  Getting use to the variation and speed increases is the only real difference - that and having the handy tamper.  I was nervous about running it too long but apparently that's the best part!  I just have to remember it was designed for things like these! 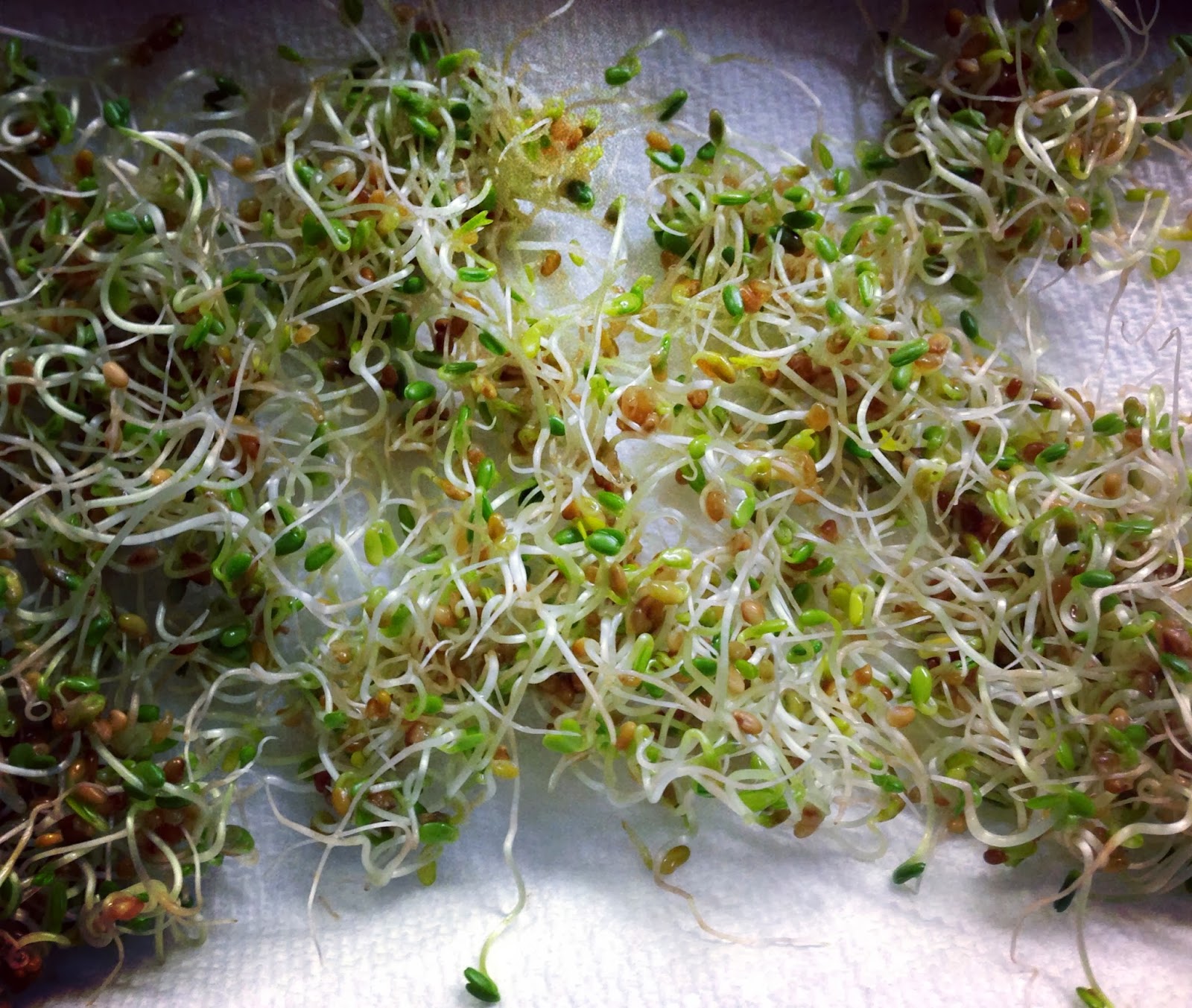 Another thing I have been up to lately...Sprouting!  I mentioned that last week and just took these little sprouts out last night!  Aren't they wonderful?  The ones pictured here are Red Clover Sprouts.  Last night I started soaking more.  This time around I am doing a blend - a 3 part salad mix - of Radish, Alfalfa, and broccoli sprouts.  This was one of the blends from my Green Sprout Kit that I blogged about last year.  My goal is to start another different one mid week.  I will keep you posted on that! 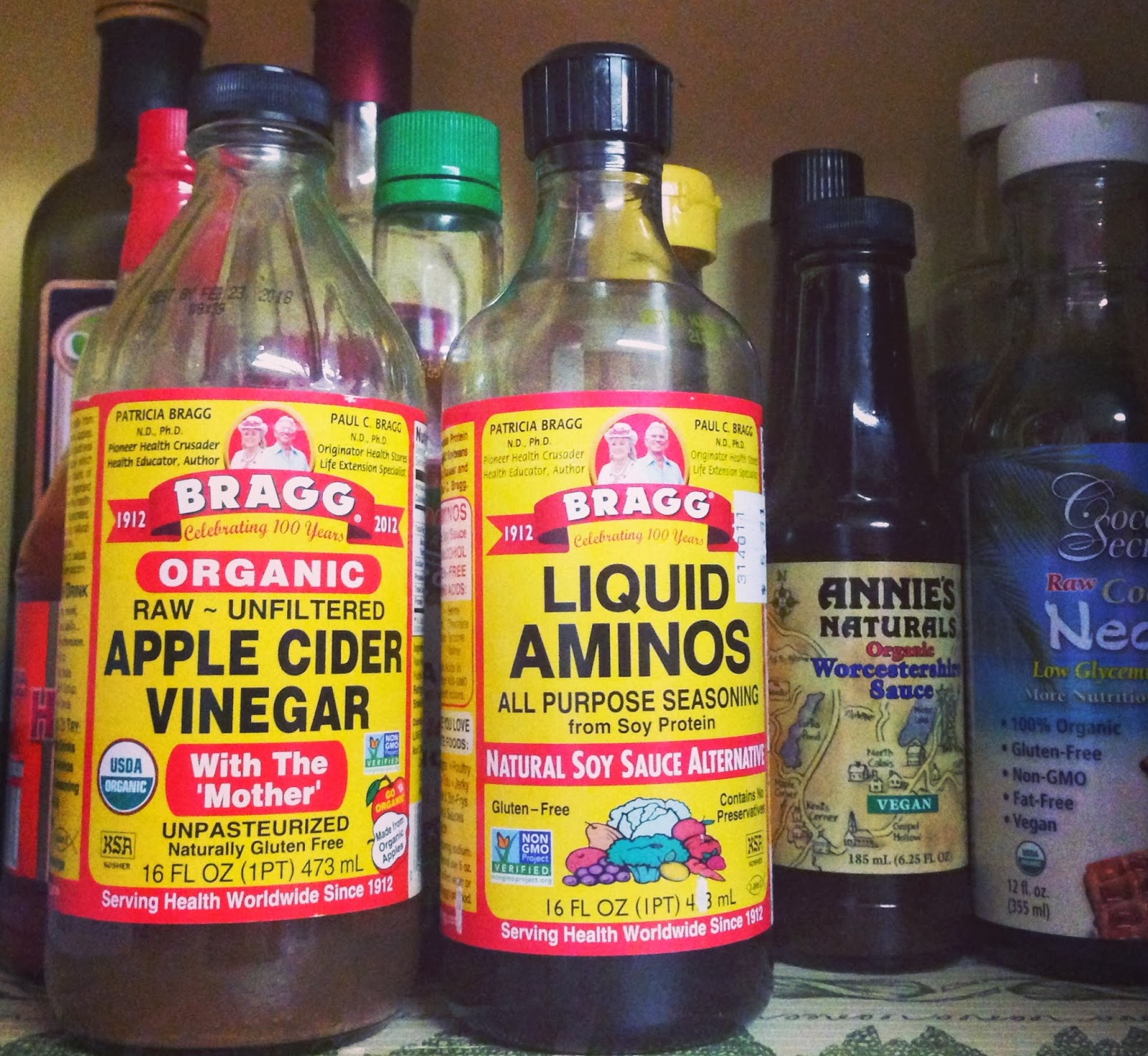 Last night I moved these and other items that I had out on my counter top into a cool, dark place...a kitchen cabinet...above my larger freezer.  My Ninja's were there.  I ended up moving my Ninja's up a shelf and added these items to the existing shelf.  I am the type of person that needs to SEE everything or I will not use it.  I had refrained from doing this for that reason.  My husband is the opposite and I know it drove him NUTS so I finally decided to move these items out of site.  So now there is a nice chunk of the counter top that is free again.  I think I will use it for herbs and sprouting.  Tonight I will be working on another nook of the kitchen as well.
Posted by Unknown at 1:34 PM