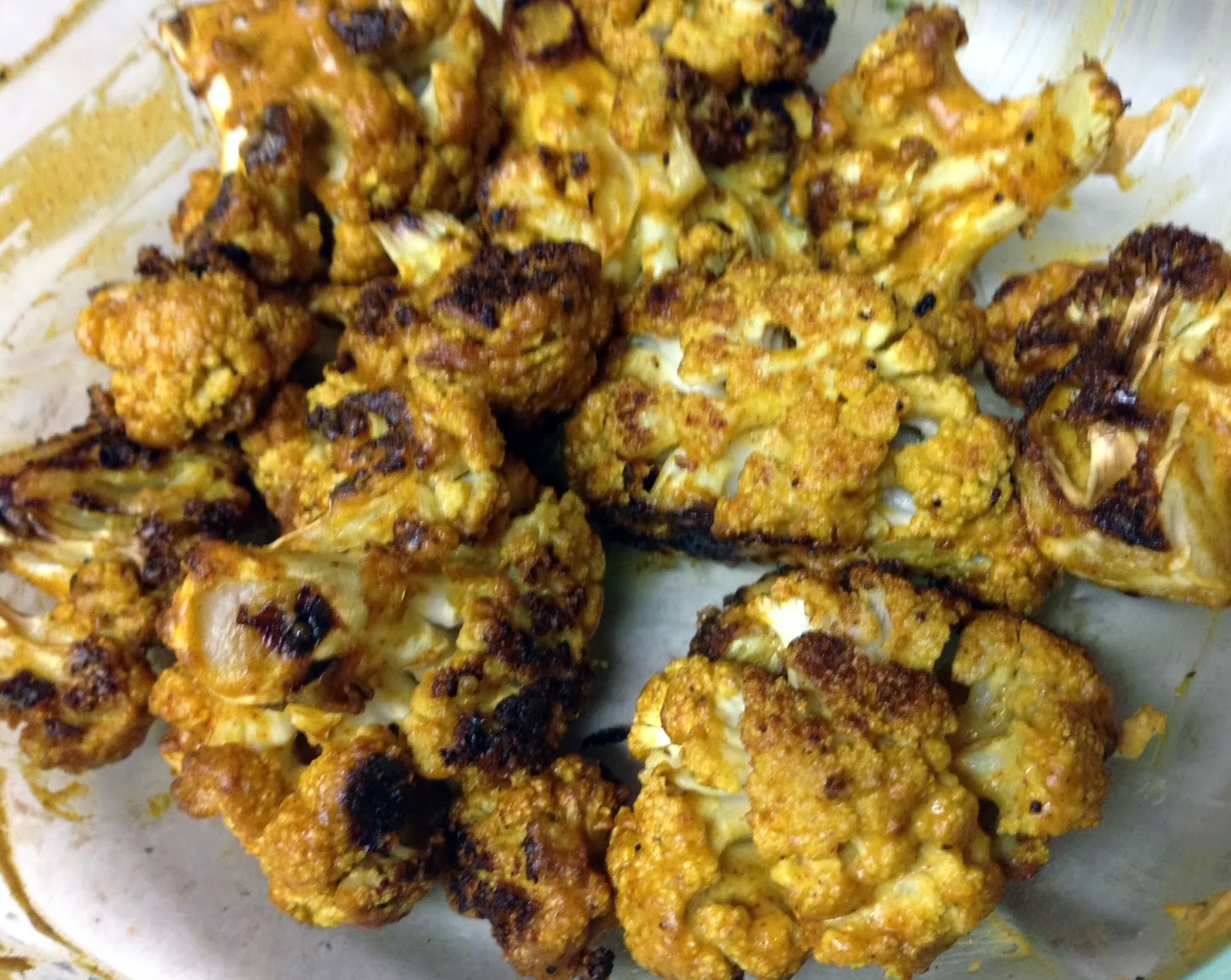 Last night I really NEEDED to use a head of cauliflower and I decided to do some Roasted Coconut Curry Cauliflower.  Boy-oh-Boy am I glad I did!  I have to admit that I was egged on by Cedella Marley's post on Facebook. She was promoting her brother's Coconut Oil which I do enjoy!  I tweaked the recipe a bit because it called for Greek Yogurt and I used Vegan Sour Cream instead and used different measurements in addition to adding a Wildtree Product in there!  So here's what I did!  I roasted the Florette's for about 15 minutes - then took them out and covered them in the mixture below to then put them back in the oven for another 10 or so minutes.  The flavor was AMAZING!  I nibbled on 2 small pieces last night as a taste test but wanted to save the rest for dinner tonight!  Here's what I used for the sauce/coating for this dish! 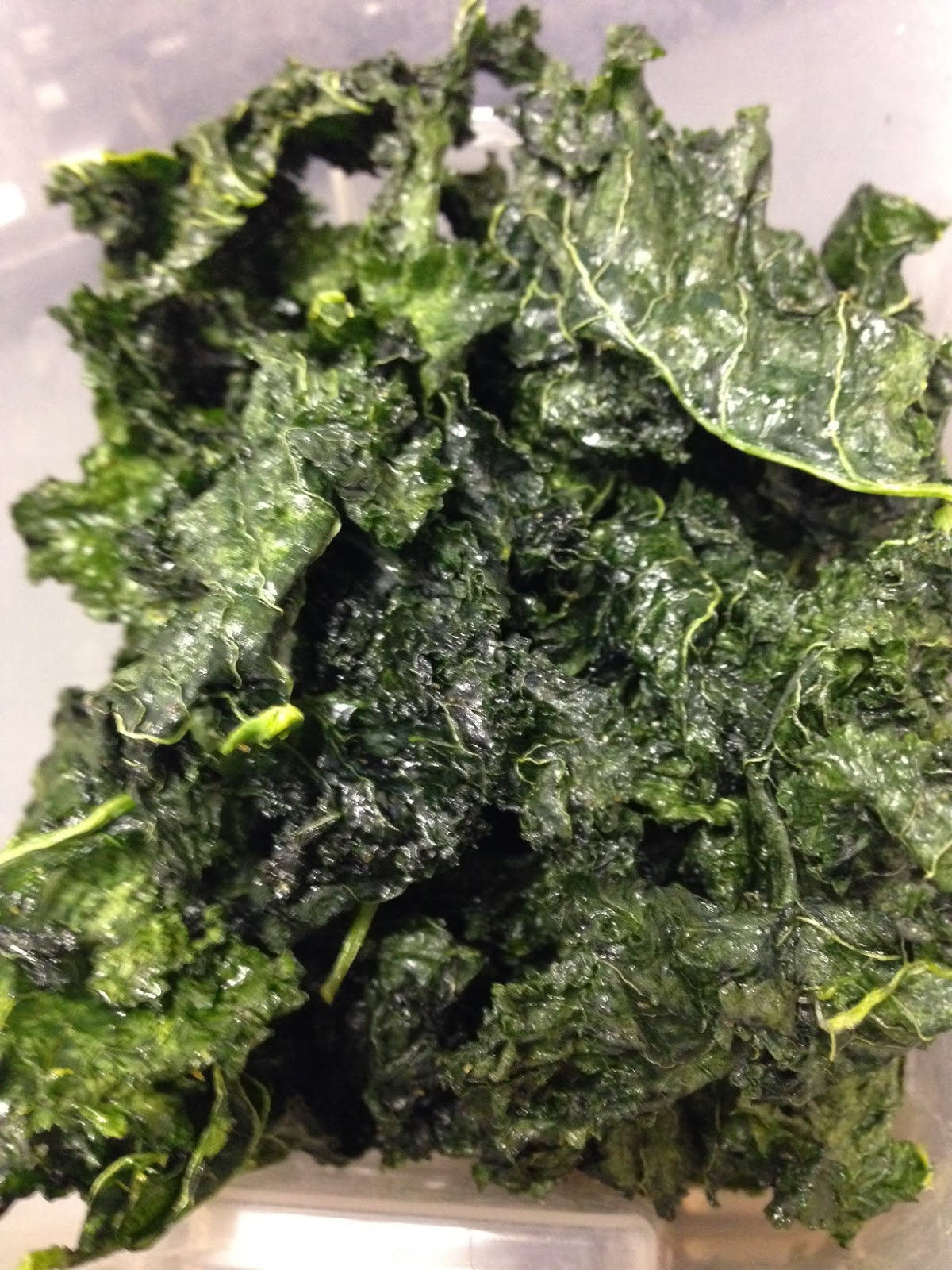 Next up...you will see that I've done some more Kale Chips.  I went the Easy-Peasy Route and just massaged them in Wildtree 'Butter Flavored' Grapeseed Oil - but only a very little bit because I put them in my dehydrator overnight!

I also used Organic Onion Flavored Sea Salt that I picked up somewhere a while ago.  This was a VERY FINE grain sea salt and OMG I should have used LESS.  You may know I'm not much of a salt fan.  Oh well...they were still edible! 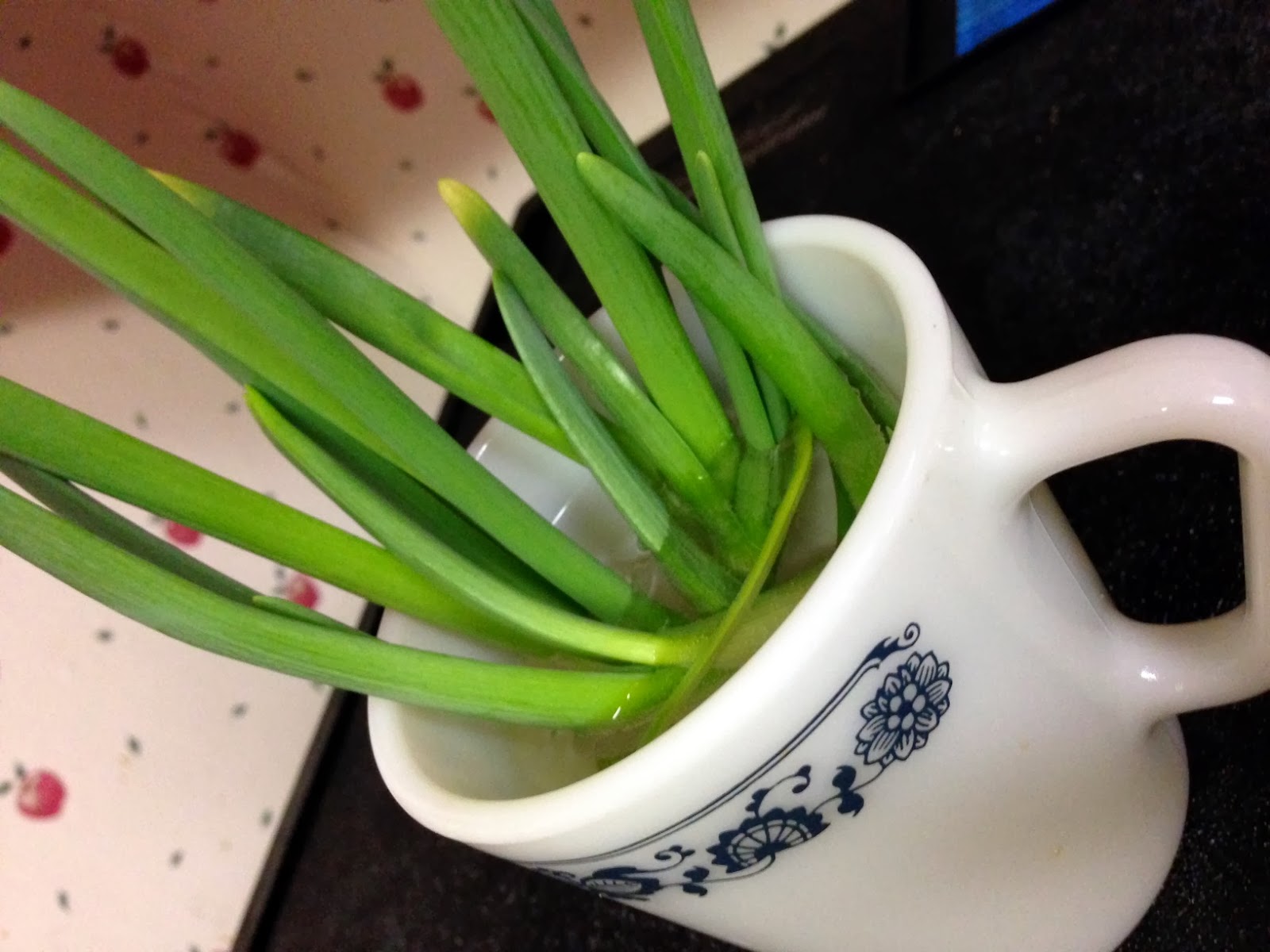 As for some Kitchen Experiments as of late...

I've noticed that my Onions have been sprouting shoots fairly quickly so I thought I would try and grow some in my kitchen and see if I could do it successfully.  I also am trying this with Kale.  I'm eager to try this with Lettuce, too, just need to get a nice starter one, first!  If I can do this successfully I will be very happy and looking forward to trying more! 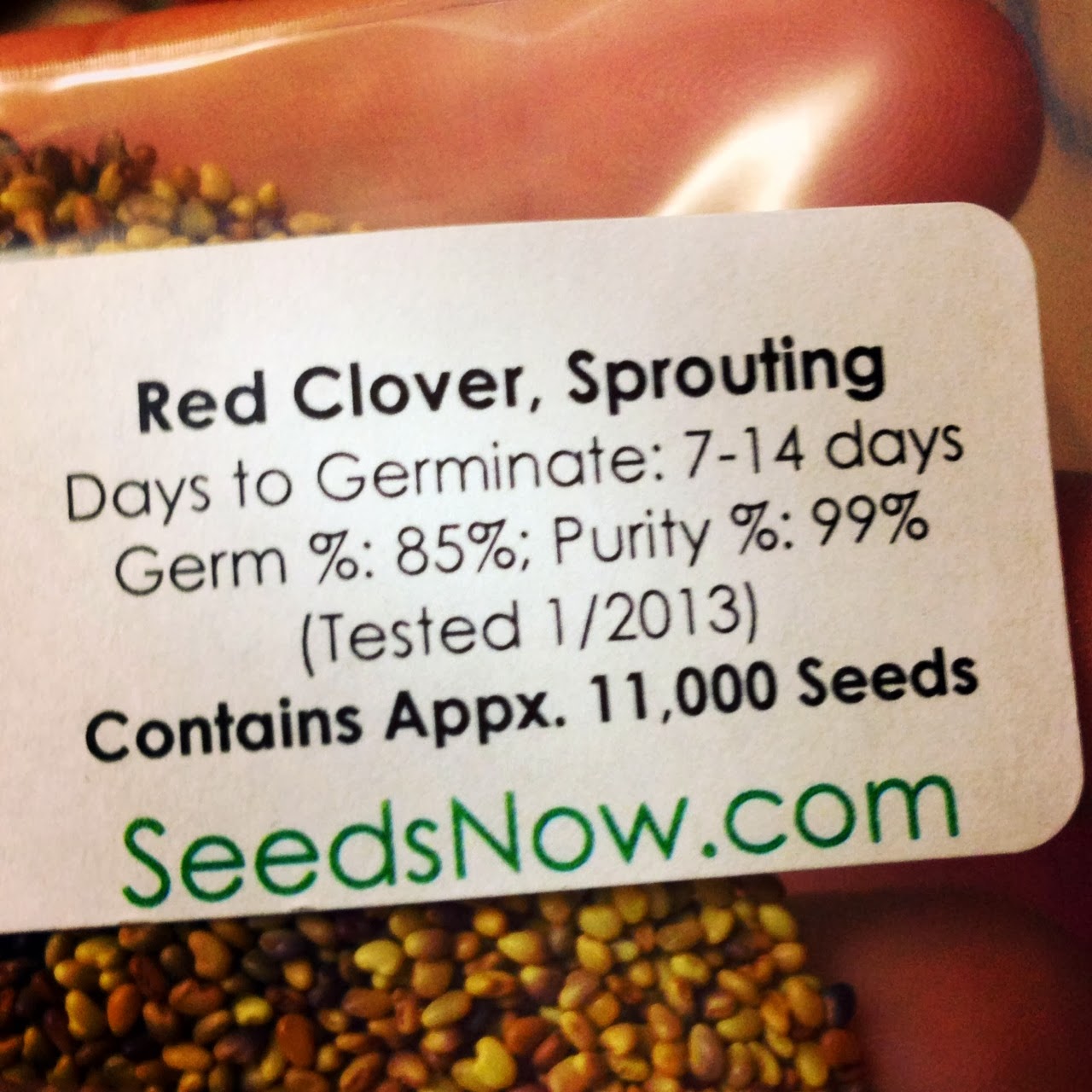 I also started sprouting again.  Today is day 3 after the soak and I have to take some photos soon!  I'm only doing a small amount but want to reserve a space n my kitchen to start doing more things like this!

First up is the Red Clover Sprouts.  I've been craving some Radish Sprouts, too, and I hope to start those next!  I guess it slipped my mind that Red Clover Sprouts took 7 to 14 days!  That's ok!  I'm not in a hurry and if I was I have other seeds that sprout quicker!

Just when I think I don't have much to blog about I do!  I found a slew of new(er) Vegan Cookbooks I want to look into so I will be scheduling a post about that for the weekend, I think.  I also have photos of the rooftop we will be doing our Rooftop Garden!
Posted by Unknown at 6:02 AM