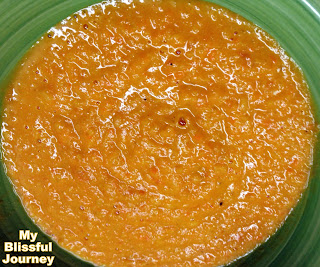 Yesterday I was scrolling thru my Website Stats for 'who comes from where by country' and noticed I had a visitor from Moldova.  To my knowledge this is my first visitor from that country!  I was THRILLED!  Welcome!  It tempted me to learn more about the country and foods they call 'theirs'.

If you have been here before you know I LOVE learning about world foods and how to veganize them.  Here is a soup I made - inspired by Moldovan Fasole făcăluită...which...from what I understand can be both a dip and/or a spread.  Moldova is near Romania and they share many traditional flavors and foods between the two countries!

Here's what I put in this dish!

I've VERY VERY VERY pleased with this dish!  It tastes delicious and it's something I did in my Ninja so it's incredibly easy and awesome!  I will certainly do this again!  YUMMY!  Totally worth the attempt! 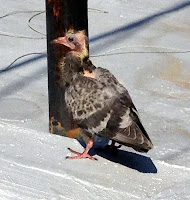 Yesterday at the office we found this Youth Pigeon on the 'middle' roof of our building.  He hung around all day and we were fairly concerned about him since it was so hot and muggy and it didn't appear to be any food or water anywhere in sight.  Near the end of the day I found an old Ice Cube Tray stashed away in a closet and decided to fill it up and take it out to him.  He acknowledged that it was there so that's a start.  I didn't want to get too close.  I didn't want to scare him.  But by the end of the day 3 of us were able to get really close to him so he might be starting to trust us.  He's still out there and looks to be ok and roaming around and trying to fly a bit more.  I hope it's just in the middle of his learning process and that there isn't anything wrong with him.  We'll keep an eye on him in the meantime.  I know exactly were a bunch of the Pigeons live back there but it's almost like they are ignoring him.  We've named him Bubba.  A few years ago there was a Red Tail Hawk back there that stood about 2 and a half feet to 3 feet tall and we named him Rudy.  But we haven't seen him in YEARS.

Participating Post: Vegan MoFo, What I Ate Wednesday,
Posted by Unknown at 8:43 AM