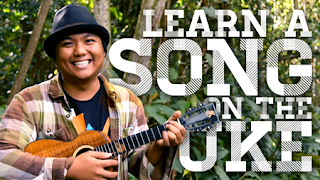 A while back I blogged about FINALLY getting a Ukelele.  I want to learn just enough to play along with some songs - just for fun.  I've been a little addicted to this guy!  His name is Aldrine and he's amazing!  I love that he always has a smile on his face.  I LOVE their YouTube Videos and Website!  Thru him and his "Play Along" videos on YouTube I have been able to play along with: "What I Got" by Sublime, "Sweet Home Alabama" by Lynyrd Skynyrd, "Let It Be" By the Beatles all pretty well.  Thru another source I started playing "I'm Your's" by Jason Mraz.  I hope to learn a few more songs from their Song Library in the next few weeks.  I'm VERY grateful for this resource they provide!  I recently printed out a PDF of Ukelele Chords, too, from The Uke Lady. 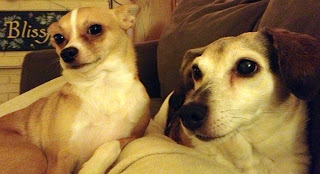 Last night after I did a few things around the house I was playing with the new Instagram features and started to nod off.  It's been a long week.  The "kids" were pretty much in the same 'mode' which was nice.  One time when I 'came to' a little bit I opened my eyes to this.  I just HAD to take a photo!  Paco and Suzie were 'Just Chillin'.  They couldn't have been cuter!  When I took the photo I think they panned over to Riley who was sitting on Dale's Recliner.

It's been a while since I had this Chocolate Fudge Brownie Boku Bar but I took some notes a while back to share it with you at some point.  That point - is today!

Boku Superfood is a neat company!  I've tried a few of their powders and I have really liked them.  I will be blogging more about those down the road, too!  Their bars, are darned-tasty!  This specific Chocolate Fudge Brownie flavor surely lives up to it's name!  It's VERY MUCH Brownie-esque!  It was sweet, chewy, nutty, chocolatey, and slightly fruity tasting.  I really liked that I could "see" many of the ingredients in this product while I was gnawing on it!  This was a VERY impressive bar!  It was tasty, filling, and jam-packed with nutrition! 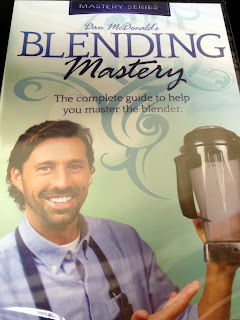 Guess what came in the mail today!?  YUP!  My new DVDs from Dan McDonald, that's what!  I took a photo of the front so you can see!  I can't wait to jump right in to them!  There are 3 DVDs in this set!  Blending Mastery!  Wooot!  Can't wait!  Speaking of some Blending Mastery - Christine over at The Raw Project - rocks the high speed blenders pretty hardcore and has inspired me to try some of her recipes and I will be posting them later today!
.
It's a beautiful day outside today!  I think I might take some time to walk around downtown and take some photos and report back with my findings.

I'm also on the lookout for some easy widgets for my sidebars that would get more interaction going with people who visit my site!  I want to know what you are interested in seeing here, so let me know and be on the look out for some new features!
Posted by Unknown at 8:58 AM