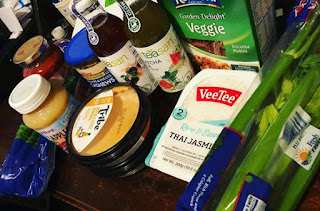 Well, I had to break down and purchase a few groceries earlier than I wanted to but the plus side is that I bought all of this for $23 and I had a $25 gift card so at least I didn't have to touch my bank account.  I still have a lot of what you see here including the celery, hummus, rice, spaghetti sauce, and apple sauce.  I will be using those items as the week progresses. 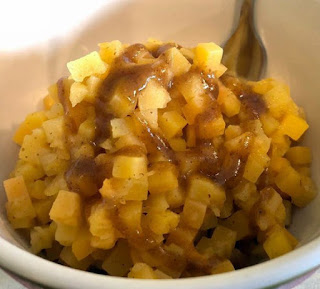 At the end of last week, I had some cubed butternut squash topped with a sweet brown mustard sauce my parents found at Walmart that just happened to be vegan. 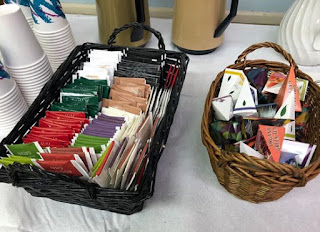 Before I get into more of the foodie type photos I thought I would tell you about a few things that happened Friday and on to the weekend.  Most of you here in the states are aware of the government shutdown.  In our county we have approx. 100 federal employees AND their families that were being affected by it.  Friday I jumped in last minute and helped at a local church that was having a dinner for Furloughed Families.  There were about 150-200 people or-so that attended. 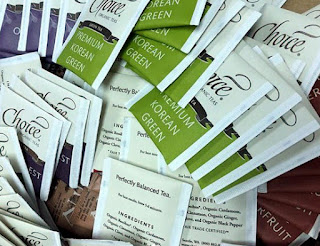 When I saw on the church website they were saying there would be a tea/coffee bar - I knew I could help donate TEA from my boxes and boxes of tea leftover from The Sororitea Sisters.  I brought 3 boxes and gave away a lot of it and served a lot, too! 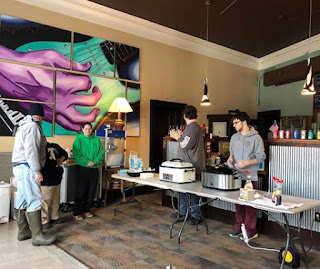 Saturday Morning I stopped over at a place here in town that does Community Breakfasts and volunteered there, too.  I wasn't sure if they would see an influx of people because of the Furloughed Families or not but I knew I had the time and wanted to help.  When I got there I learned that our local Special Olympics Athletes were going to be volunteering as well. 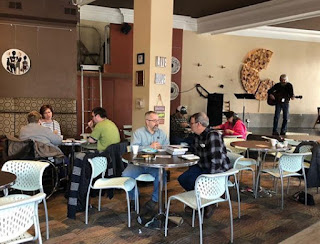 It was a nice morning and those who volunteered with The Special Olympics did GREAT!  Over 20 years ago I volunteered with the Special Olympics for about 2 or 3 years and LOVED it!  I helped with Basketball, Track, Softball, and attended a few Swimming and Bowling tournaments.  I really enjoyed my time with the Athletes.  And I enjoyed Saturday morning with some of them serving breakfast, too! 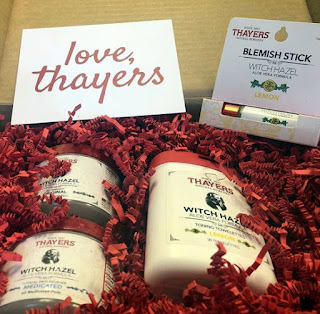 I just received another goodie box from Thayers!  WooHoo!  I'm totally LOVING their products and have so much more to share with you but that will be for another day and another post! 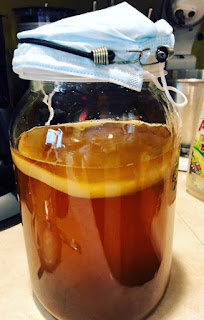 Check this out!  BOOCH!  It's official!  My father and I started brewing!  I figured that my parents' house is the best place to try it!  He already has all of his winemaking stuff set up!  Special thanks to a family friend who gave us 2 SCOBY's to get us started!  YAY!  This was the 'granddaddy' of the booch we are brewing.  We had 2 smaller ones we are trying, too.  And with a creative way to cover them, too!  Up top...that's a sterile mouth mask that my dad had and it fit nicely.  We used a bunji cord on this one, too, just in case!

I do have more foodie pics...I swear...but first...my poor plant!  I'm told this is a Dumb Cane Plant.  I've had it for 5 years and over the last 2 or 3 months it's been wilting away to nothing.  I've been trying to save it any way I can. 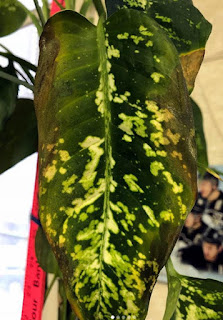 But after months of this happening to 90 percent of the leaves I knew I didn't have any other choice but to hack it.  It pained me to do it but I had to! 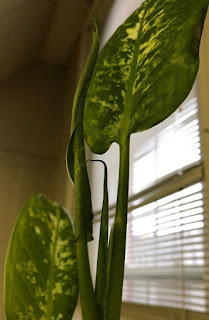 It even had new growth on the top.  So, I took the better-looking tops off and I'm trying to propagate a few of them.  So far they aren't rooting so I'm not sure if they are going to work or not. 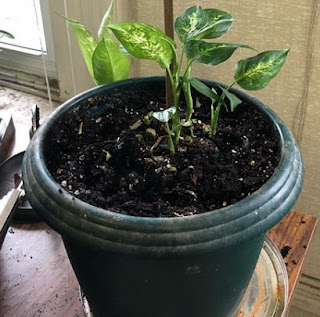 There was also new shoots on the bottom...as you can see here...after I hacked nearly everything off. 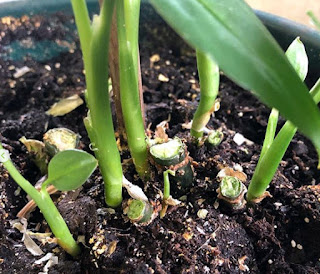 Here's another look at what I had to do to try and save what I could of this plant.  I'm not sure if it's going to work but time will tell and I will surely report back! 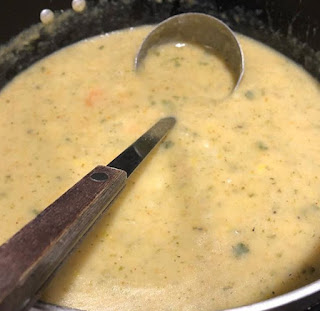 So...on to the FOOD!  First up...Potato Celery Soup!  Saturday I went over to my parents' house and my mom and I cooked for several hours and actually did some meal planning (which I am horrible at).

This soup contains the following:

After cooking everything in a pot until soft I took about 75 percent of the mixture and pulsed in a blender and then added the rest of the mixture in for a heartier soup.  It was YUMMY!  I think we also added just a little bit of Bragg's Liquid Aminos and Old Bay Seasoning to it - to taste. 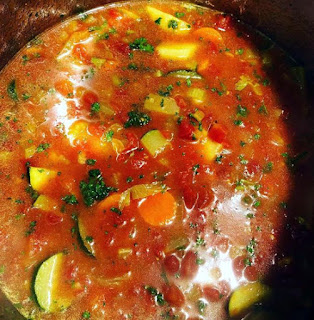 Next up...we made a HUGE batch of Lentil Veggie Stew.  This is the veggie part!  I could have totally eaten it just like this!  It was tasty!  We then added the Lentils and cooked down and it looked a little like this... 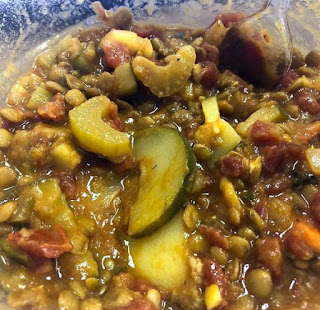 Here's what this recipe contained:

This was pretty wonderful and we divvied it up into many meals for my parents and myself for the week. 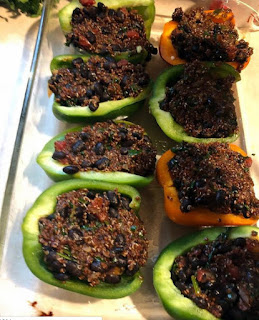 And...finally...Quinoa Black Bean Spinach Stuffed Peppers!  These had the following in them: 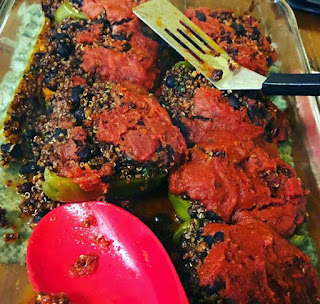 We put the mixture into 4 Bell Peppers that we cut lengthwise.  They looked a little dry and we all like sauce so we poured some sweet spaghetti sauce over top of them. 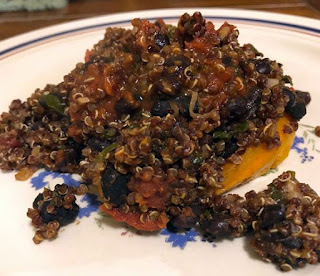 It worked really well!  And we are still eating leftovers!  My mom has been doing a lot of cooking for the two of them since my father has been out of the hospital and watching his food intake more.  He's been doing really well.  They aren't vegan or even vegetarian but they are eating more plant-based foods than before.  My father has lost about 15 pounds already.  And has enjoyed nearly everything we have been fixing!  PLUS...it's great because I can grab some leftovers!