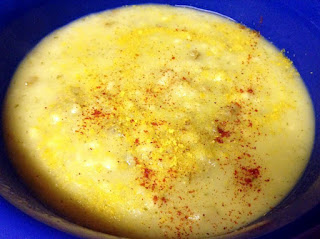 Because of the cold and snowy weather I can't stop thinking about soup!  So yesterday I made some Potato Barley.  I had both potatoes and barley on hand and wanted to use only the items I had on hand.  Oddly, I have had this barley in my pantry for quite some time and have been trying to think of what to use it in.  This soup seemed to be the perfect fit.  As you can see I topped with Nutritional Yeast and Smoked Paprika but it was only a sprinkle of each.  With the leftovers I didn't add anything to the top.  Below is the recipe. 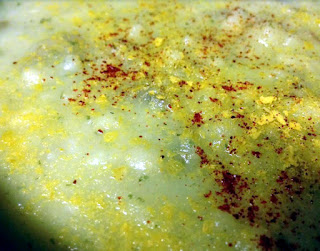 * I started with 4 C but ended up with 6 C Water because it was so thick.

For this specific vegan powder I used enough to work with 4 C water because that is what I started with.  The brand was Frontier Co-Op and a friend of mine a while back gave me a pound of it and I never opened it until this weekend.  The date was still good on it so I figured why not.  It was alright.  A little salty for my usual tastes.  The soup was still tasty but next time I will probably go lighter on the ingredient - that is - if I use it again at all.  I usually just use water - which you could totally do here instead of using the vegan stock, broth, powder, etc.  In that case I would probably just add some Bragg's Liquid Aminos, onion, garlic, etc. 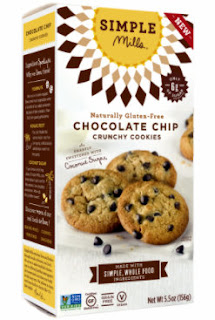 Either way - this was a very hearty soup - almost like a chowder.  I boiled everything for about 15-20 minutes, let cool, and then put everything in a blender.

Another thing I wanted to share with you today was these crunchy cookies from Simple Mills.  I found them at the Buffalo Whole Foods the last time I went.  They were pretty good while they lasted but I don't think I would buy them again unless they were on sale.  I think they were $4.99.  They did last me a while, however.  They looked different from what the package looks like here.  They were pretty small but a nice crunchy snack regardless.

I'm already sick of winter and it's only really bee a week.  This past week we have had 3 back-to-back-to-back snow storms.  BLAH!  I'm sure I will be doing more cooking today so I will have more vegan foods to share with you tomorrow.  In the meantime, I will be catching up on blogging buddies posts and such.  What did you do this weekend?
Posted by Unknown at 8:58 AM