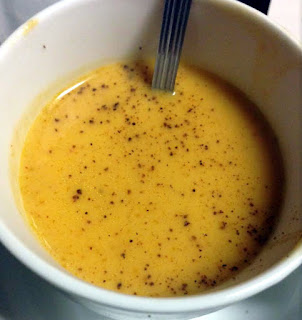 It was 3 below zero when I left the house this morning on my last 'day off' of the year.  It's beyond cold - it's damn frigid!   I've said it before and I will say it again and again - I hate winter!  The only thing it's good for is SOUP!

This was inspired by Vegan Street Food by Jackie Kearney that I obtained a while back.  It's loosely based on her Laos-Style Roasted Pumpkin, Coconut, and Chili Soup.  But I changed it so much that I thought it would be ok to share my recipe and take on it with you!  I have 2 photos here - one in a bowl and one in a mug!  The one you see here has an added nutmeg sprinkle on top! 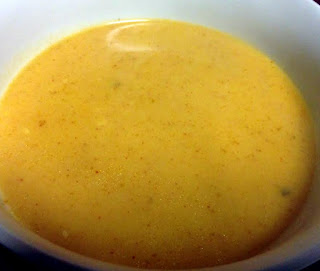 My take on the ingredients:

As many of you know I don't add much sea salt to my foods and when I do it's not even a pinch.  But here I used about 1/2 t or so and it was tasty! 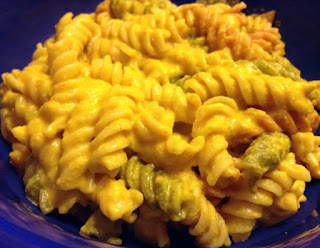 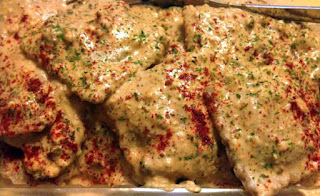 Check out this super creamy Cashew & Sun Dried Tomato Sauce I made to top the Engine 2 Diet Roasted Veggie Ravioli I found at the Buffalo Whole Foods the last time I went!  I did a basic Cashew Sauce with Cashews, Water, and Lemon Juice.  I added in about 5 Sun Dried Tomatoes and blended.  On top of that you will see that I sprinkled Smoked Paprika and Parsley on it, too!  YUM!  A closer look - see below! 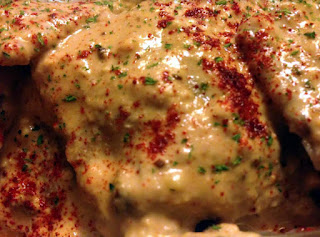 I know I'm jamming a lot in to one post here but I have a lot of catching up to do!  Sorry about that!

I have to say I was pleasantly surprised by Engine 2's Roasted Veggie Ravioli.  There was a slight kick to the veggie mixture inside the Rav's which was neat!  This creamy, smoky, tangy sauce accompanied it well, too!

I wasn't able to find a good pic of the packaging but here's a visual for you... 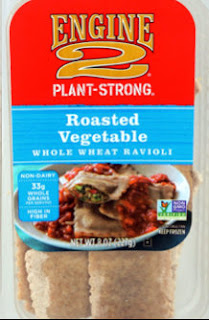 This is the first product I have been able to find other than a package of the wraps which I wasn't thrilled with.  This Roasted Vegetable Whole Wheat Ravioli - on the other hand - was pretty tasty!  Yes...it did have the stereotypical whole wheat ravioli pasta texture but the veggie mixture inside greatly made up for it.  And the sauce was a nice finishing touch - if I do say so myself!

Before I end this post I wanted to insert a video from the other day.  It's about 9 minutes but worth it especially if you are in radio, TV, or from the Buffalo area.  It's a tribute to Irv Weinstein - a Buffalo Broadcasting LEGEND would passed away the day after Christmas from complications of ALS (AKA Lou Gehrig's Disease).  I grew up with this guy!  He was a staple in the Western New York Community and a life-long radio and TV guy!  He had a heart of gold and touched the lives of many.  When he retired back in '98 he was hardly able to make it thru his final broadcast before retiring.  Have 9 minutes?  I would love you to check it out!