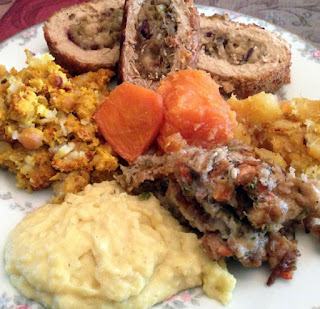 I took a few days off from the 'net' and now I'm back!  Kicking things off with some of the Vegan Thanksgiving Foods I gobbled up last week...from top the clockwise...Garde'in Holiday Roast, Acorn Squash, Wildtree Stuffing, Cheesy Mashed Potatoes, Cheesy Tater Tot Casserole, and in the center are Sweet Potatoes!

My attempted at the Tater Tot Casserole was a last minute discussion but turned out pretty good.

Wildtree makes a boxed blend of Stuffing Mix and my mom made it for me.  It's heavy on the rosemary but it totally works in the blend for the stuffing! 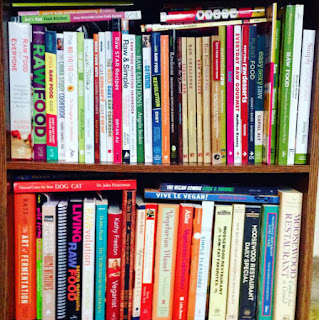 I have to say this year has been the first year I have ever had Leftover Vegan Turkey Sandwiches.  With Just Mayo on top - it was YUMMERS!

One thing I did this past weekend was re-do my cookbook sections.  I have a slew of old vegetarian cookbooks in another section that I don't really use much but didn't want to throw away.  These are my newer ones, my all-time favorites, and such.  I'm so glad I did this!  Now I have to jump in and try something I haven't tried yet from them!  There are many of my favorites missing from these shelves...ones that I have borrowed time and time again and SHOULD probably add to my collection. 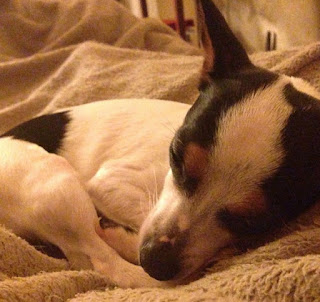 Cricket has been pretty high strung lately perhaps it's the change of season (not sure).  Regardless I can't stay mad at her long...I mean...LOOK at this...could you?

She's still only 4 or 5 pounds and doubt she will get any bigger than she is now because she IS 2 years old.  We and other vets and shelter people thought that we was a chihuahua and rat terrier mix but I think because of her size she's probably more like a toy rat terrier and chihuahua mix.  Regardless we adore her!

The cuteness doesn't stop there... 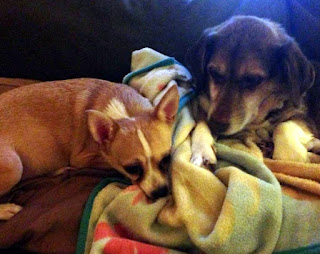 Look at the brothers!

Paco and Riley were bonding more than usual this past weekend, too!  Paco continues to do well and we are VERY thankful for that.  Riley is in the middle of another ear infection but we are used to that happening and always have medication on stand by.

Charlie has been pretty good with the exception of him biting me the other day.  This isn't out of the ordinary for him...he's moody because he was a feral cat.  Again...we LOVE him regardless! 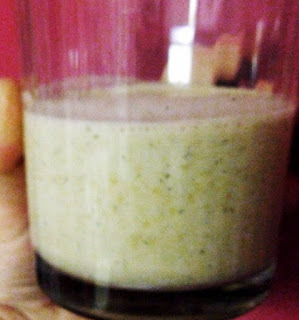 I know this isn't a great photo nor does it look overly appetizing but I had to share it with you and will definitely be doing it again and again so hopefully at some point I can get a better pic!

What you see here is Vegan Ranch Dressing that I made and it's my BEST attempt to date!

*** I used Wildtree Dill Dip Blend
Posted by Jennifer at 8:56 AM