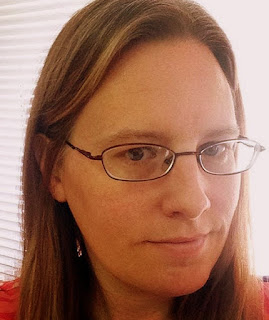 It took me FOREVER and a day to FINALLY wear contacts.  I had a very hard time putting them in.  What helped me was tinted or colored contact lenses and I LOVED them.  I ended up wearing them for about a year and somehow after a year developed an allergy to the dye in them or at least that is what I was told.  After healing my eyes from that ordeal I switched to regular disposable.  I have been wearing them TOO MUCH over the past 18+ years.  Last week I took them out to give my eyes a rest and also did this prior to a massive cleaning spree in my house.  Eventho I took out my contacts prior to cleaning I started to have major sensitivity issues.  I wore my glasses for a full week.  Sunday I put my contacts back in and after a few hours I noticed issues with 2 blood vessels in my one eye.  NOT COOL.  I have to admit I have worn my contact too long and I have slept with them in.

This is bad.  I know.  I believe it has caught up with me.  I have a feeling I have given myself allergies to contacts all over again.  It's probably a warning sign to give up contacts completely.  As much as I don't want to do this I keep thinking it's the way to go.  Long term contact wear isn't good and it's not like when I am 80 I will be wearing contacts.  It's not me being vain, here, but I'm not looking forward to this full time glasses adventure.  My eyes have been bad since I was in 2nd grade but I will say the last 4 or more years my eye sight hasn't gotten worse (altho I do have a very strong prescription to begin with).  I know of people online who have reversed their eye site and no longer have to wear glasses or contacts.  I know that I am not one of those people.  My eyes are too far gone. Now I'm not saying that I'm going to give up but I don't have reversal expectations, either.  I would like to try and heal my eyes naturally from the damage I have done over the next few weeks prior to going in for a check up.  Right now I have Cayla & Co Roxie Eyeglasses but I'm open to a change. 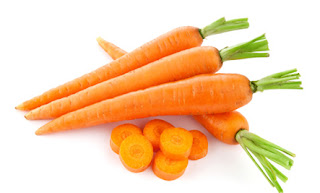 While doing research for things I should be eating for eye health of course carrots pop up first.  Leafy Greens follow.  Well, I eat both and often.  Another suggestion is eggs.  That isn't going to happen.  When I dropped dairy and eggs it was for digestion issues.  I haven't felt this good in my entire life (including when I was a toddler!) so I will not go back to that!  Citrus & Berries is another suggestion!  I LOVE both and SHOULD consume more.  They aren't very tasty here unless they are in season and the season is very short and they are ALWAYS expensive so when I do eat them they are usually frozen.  Almonds is another food that is suggested for better eye health.  I can honestly said since dropping dairy nuts of all sorts has been my filler so I will continue to do that!  Fatty Fish was another suggestion.  And that's a NO.  I haven't eaten fish in 22 years and I'm keeping it that way.  Now...having said that...they suggest eggs because of the Lutein and Zinc and the fish because of the DHA/Omega 3.  Taking that one step farther INSTEAD of fish I will be consuming the following for the DHA and/or Omega 3's...Flax Seeds, Chia Seeds, Hemp Seeds, Mustard Oil, Seaweed, Beans, Winter Squash, Cabbage, Wild Rice, Spices & Herbs, Mangoes, and Honeydew Melon.  MOST of these I get PLENTY of but I have to admit that I will be looking into Mustard Oil. (*I have since read that Mustard Oil is BANNED in the EU, US, and India READ MORE HERE.)  It's suggested that instead of Olive Oil to use Mustard Oil.  Well, I rarely use Olive Oil - my defaults are Grapeseed and Coconut Oils.  And I don't think I use all that much of them.  When it comes to Zinc - vegan sources are...Tofu, Tempeh, Chickpeas (and other beans), Lentils, various nuts, corn, peas, oatmeal, miso, and broccoli.  Again I think I get plenty of these foods.  I will continue to eat these but with more thought on focusing on eye health, specifically.  I know there are many more vegan sources of each but there are just a few.  I don't think my food in take is the problem.  I think I was being lazy and not focusing on my eyes when I should have been.  So what else can I do to help them now? 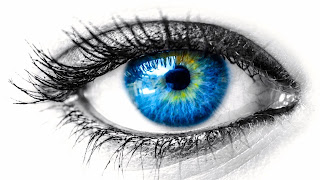 Rest.  Now that I will not be wearing contacts that won't be hard.  Warm Compresses is one thing I will be trying.  Other sources say warm and cool compresses even.  Eye Exercises which I will start doing soon.  And I think one of the more important ones for me personally is Stepping Away from the Computer more often.  Another thing I would like to be more consistent with with smoothies and juicing!
Posted by Jennifer at 1:30 AM