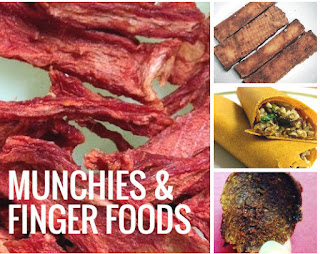 Today's Vegan MoFo Prompt is: Barack Obama is coming over because he knows you make awesome vegan food.  Well, I do NOT get political on this blog but just for fun I figured I would play a long and show you some of the ideas I would consider.  Because I am fickle person I most likely wouldn't do actually courses but give the guests multiple items to choose from.  No matter who your guests are they have to have munchies upon arrival so I was thinking Watermelon Candy (which is dehydrated watermelon), BBQ Tofu Jerky, possibly some Raw Vegan Pepperoni, and small raw vegan wraps with a seasoned Nut Meat. 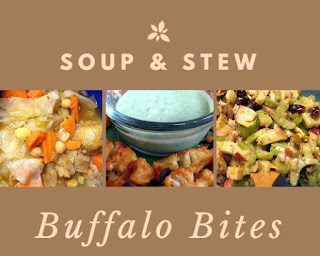 I know the President has Irish Ancestry so I would do a version of Vegan Irish Stew, of course.

We can't forget about Buffalo Bites!  Some might call them Raw Vegan Buffalo Wings.  It's basically a spicy coated cauliflower appetizer with a lovely dipping sauce.

There has to be at least 1 (or 5) different salads to choose from.  pictured here is one of the favorites I have made in the last year...an Apple, Celery, Walnut with Spicy Dijon Mustard Dressing. 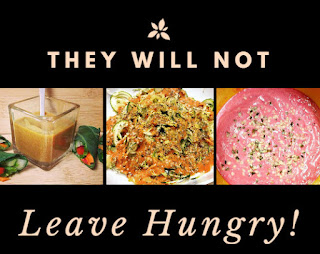 More dipping foods are a MUST!  So most likely raw vegan veggie wraps with a peanut dipping sauce would be in order.

We can't stop with salads - there MUST be soups, too!  One of my faves over the last 12 months has been the Creamy Hemp Beet Soup...both raw and vegan, too!

Staying with some raw options - there has to be a raw pasta in there somewhere, too!  How about zoodles with a Tomato-Peanut Sauce?

They will NOT leave hungry, that is for sure! 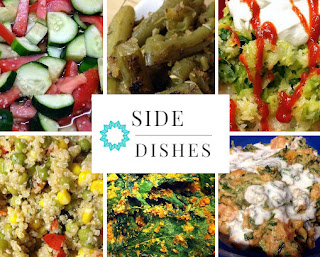 Let's not forget about the various side choices!

Marinated Tomato and Cucumber with Hemp Seeds, Swedish Green Beans with Garlic and Herbs, a Dijon Mustard flavored Quinoa (or Cous Cous) dish with veggies, Kale Chips of some kind (because we all know how the First Lady brought Kale Chips to the mainstream), Yellow Grits topped with Brussels Sprouts, Hot Sauce, and a vegan sour cream, and one of my name favorites Mashed Sweet Potatoes and Spinach topped with a Vegan Cream Sauce (recipe coming soon)! 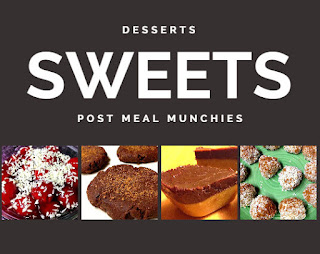 And the Desserts & Sweets!

Personal Cherry Pies, Raw Vegan Mint Chocolate Cookies, Raw Vegan Cacao Pistachio Freezer Fudge, Coconut Covered Protein Power Balls would be another good one, and of course different kinds of Vegan Ice Creams...one of which you can see in my blog's header banner.

Those are just a few ideas I have off the top of my head.  I would have to include my version of Dreena Burton's Quinoa Hummus Casserole, tho, that might be one of my personal faves to date!
Posted by Jennifer at 2:30 AM