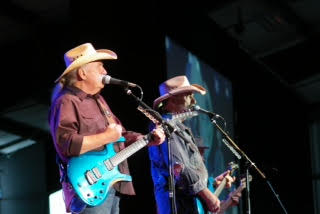 I helped with the flow of the Meet N Greets prior to the concert and then helped with various things during the show so I didn't get to see much of their performance but the crowd LOVED them!  The 'house' was PACKED the whole time! 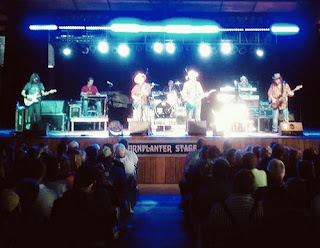 Here's a shot from the audience that a friend of mine took.

I also helped sell merchandise towards the end of the show.

New this year - is the front of the stage.  The wood is actually 29 years old and reused/repurposed from the Motor Sports Arena and was sanded and treated and it looks amazing!  The Cornplanter Stage Sign is new this year, too! 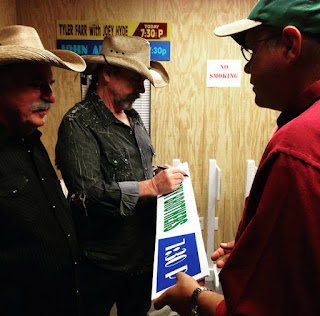 After the show the 'brothers' stopped over at the Entertainment Office (a new addition during last years fair) and signed the wall and a few other promotional signs we will be hanging on the walls in the coming weeks.

These guys sure were busy prior to visiting our county fair!  In about a week they traveled from Switzerland to Germany to Denmark to Norway and then to Pennsylvania.

I will be posting at least one more time today so be on the look out for that.  I have 2 more concerts to report on and will post in between other My Blissful Journey posts, too!
Posted by Jennifer at 6:52 AM