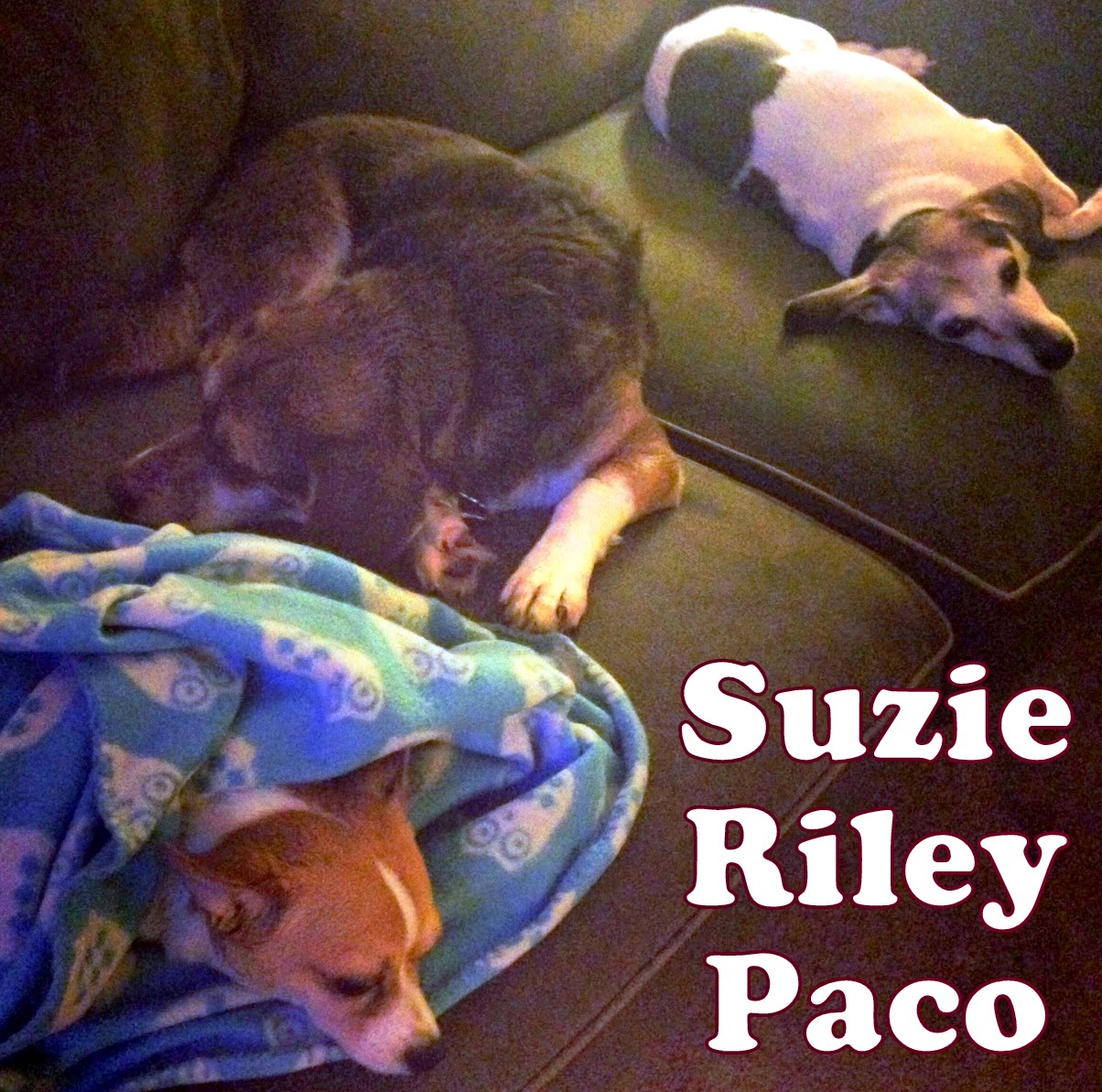 Last week was crazy.  I wanted to hold off on posting this until I knew more.  I'm happy with my choice to wait because I think there has been some improvement.  Here's what's up...Last week...Paco developed another spot near his hip.  He also stopped taking his meds - which was never a problem up to about Wednesday Night.  PLUS...Wednesday and Thursday he was getting sick.  Thursday Night even more so.  I called the vet that had been with him thru his whole ITP Diagnosis and she wanted me to bring him in again on Friday so I did.  They did all the blood work all over again and said the good news was that his levels and counts were the best they have been since this whole thing started.  The bad news was they are pretty sure that he has an ulcer somewhere in his body. 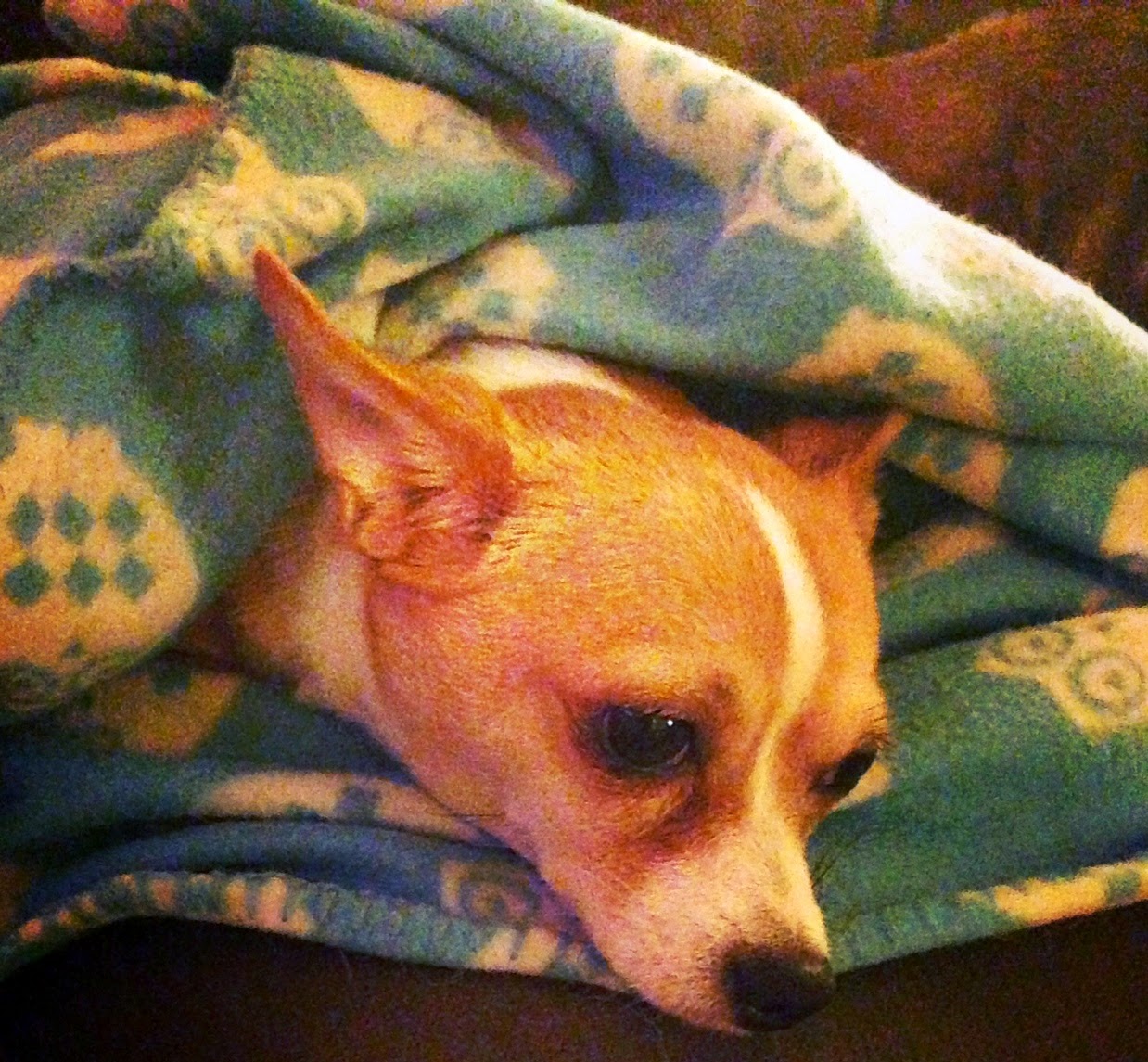 So we took him off of the steroids and added an additional medication to coat his stomach and help with this ulcers.  This seemed to help a LOT.  Because it was an intense steroid that he was on - they asked me to start giving it to him yesterday so I did.

Time will tell what we will do next but I have a feeling they will have to adjust the steroid(s) that he IS on because that is the problem.

Thankfully all else seems to be ok.  What I will say - without any hesitation is that ITP SUCKS!!!!  I wouldn't wish it on ANYONE...human or animal! 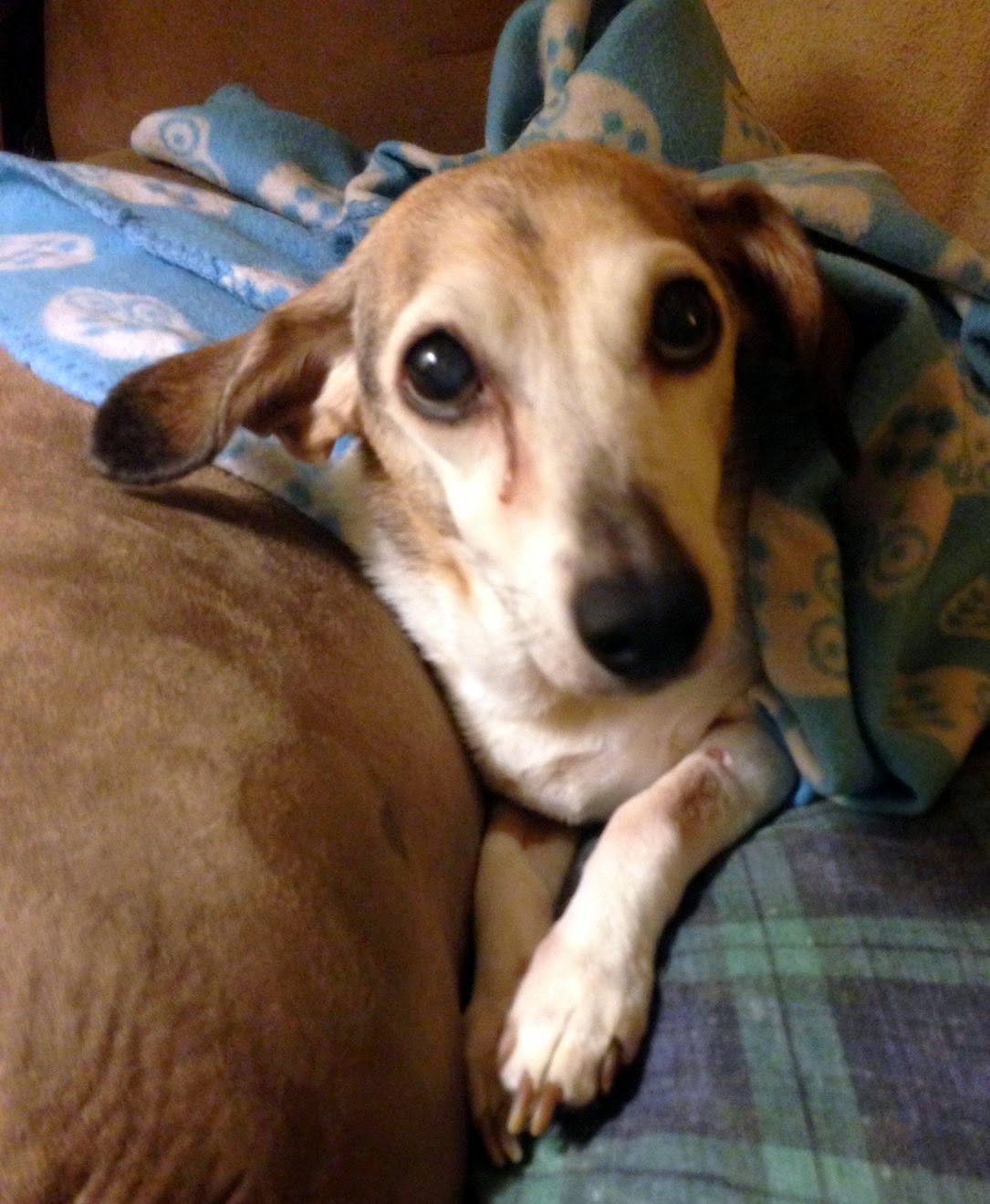 In other news...Suzie has been rapidly aging.  We've had her for 12 years and she was 2 when we adopted her.  She's the Queen Bee - always has been - always will be - but - she's been making some noises the last few months that we are chalking up to arthritis.  She's always been a picky eater but the last week or so we've had to coax her to eat more than usual.  She's not in pain because she's still running around and playing.  I have been adding water to her food and yesterday I picked up some soft food to mix in with what she usually eats...I know she wasn't crazy about the food we just ran out of so that could be part of it too!  BUT...I have to say she is LOVING the wet food that we bought for her.  She's been eating it up without much nudging from us.  Disclaimer...our furkids are NOT vegetarian/vegan neither is my hubby.  Anyhow...I hope this new special mixture of wet and dry food will be the trick for her.


Aside from 'furkids' it was a weekend of CLEANING in our house!  WOWZA!  I started on Tuesday of last week going thru my clothes and ended up trashing a bag and donating 3 large garbage bags full of clothes.  THEN...this weekend I was able to toss 2 more bags and donate 4 more bags of clothes to Goodwill, too!  I still have more to go thru but this is a great start!  We went thru the upstairs hallway, the bathroom, the bedroom, the down stairs living room, and front room, and Paco's Palace (as we call it) and cleaned, too!

Another thing we chatted about this past weekend was possibly opening up a YouTube Channel or two.  We thought it would be a good thing to do this winter since we tend to be hermits when the snow flies...which brings me to my next tidbit...SNOW...blah...YEAH...we saw our first snow fall of the season...a dusting...thankfully it didn't last the whole day on Saturday.
Posted by Unknown at 10:30 AM