Wheels, Turkeys, The Walking Dead, and Steam From the Fountain Show! 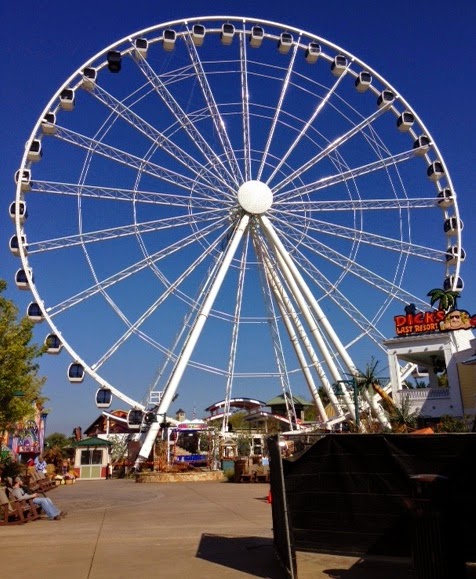 This photo I posted over at my Travel Blog but the next 3 pics you won't find over there.  These photos are from our trip to Pigeon Forge, TN, last week.  Inside Pigeon Forge there is a new(er) destination called The Island.  You can read more about that and see more photos here.

This first photo is of their Wheel.  The Island has LOTS of shops, restaurants, attractions, games, rides, and things to do with more on the way.  They are currently working on their 2nd phase adding more restaurants, tasting rooms, hotels, and shops.

This place is already neat but I think when it's complete it will be really special. 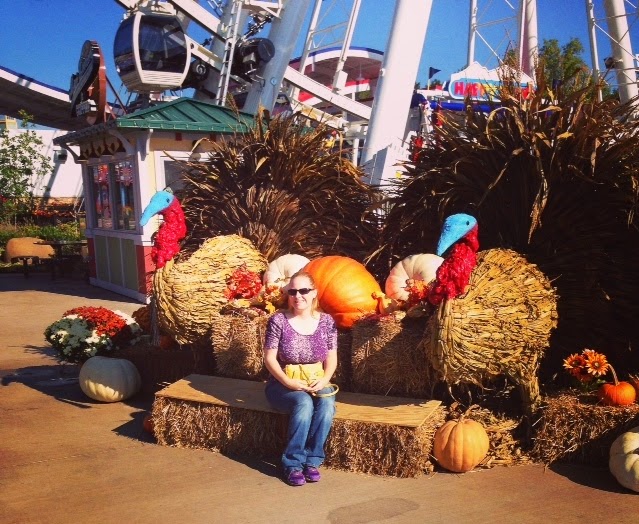 Just like everything else in Pigeon Forge - they are decked out for fall.  Harvest Time is BIG down there.  Outside of the Wheel they had this place where you could pose for photos - so I did.  Yup!  Just us 3 turkeys!  (teehee)

The layout out was amazing and the whole Island was incredibly clean and everyone was very friendly.  More on that at the link above if you are interested in hearing more.

Sometimes when I travel and see something that reminds me of a friend or family member I will snap a pic just for them.  I remember one time I saw  friend of mine on Facebook that took a photo of herself drinking beer thru a straw while in Vegas so the next time I went to Vegas I did the same thing and took a photo of me doing it and posted it and tagged it just for her.

In this case...a good friend of mine has a thing for "Darryl" on The Walking Dead so when I saw this cut out I HAD to take a pic for her and text it over right away!  I'm looking forward to the season premiere of The Walking Dead this coming month and I do like his character but I can't say that I'm obsessed with him like many other women I know. 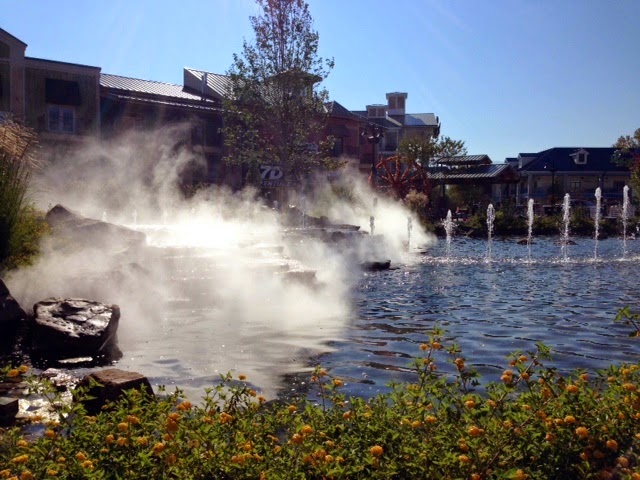 And this photo I intentionally took, too, but for different reasons.

I took LOTS of pictures at The Island - and many of them were of the fountains and water show - but this one I took because I wanted to get the fountains moving, the steam rolling, the rocks glistening, the sun shining, and the surrounding landscape with a little bit of the buildings showing in the back ground.  I think I was able to accomplish most - if not ALL of that.

For those of you wanting FOOD posts...stayed tuned I will have another blog post later today!
Posted by Unknown at 6:10 AM