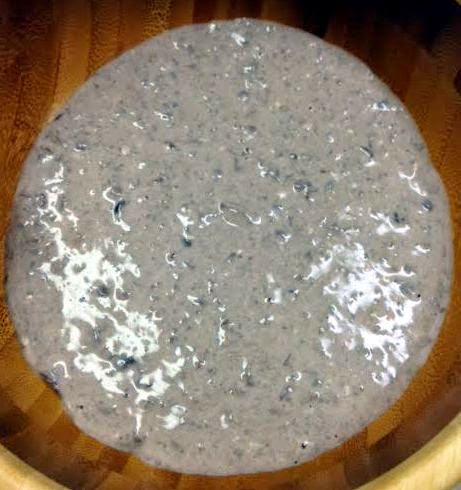 I wanted something with Black Beans last night and decided to make an Energizing Black Bean Dip.  The recipe I came up with as follows...

It was creamy, a tad spicy, and savory!  I'm thinking I might make a soup with all this but the Vegan Mayo soon! 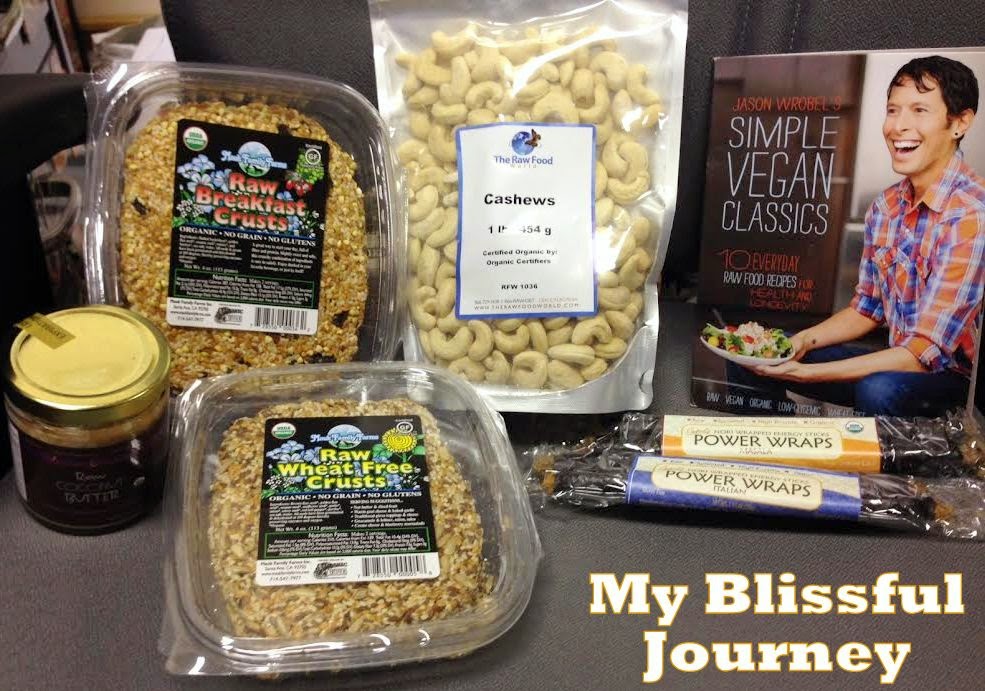 I got some more HAPPY MAIL today!  I received a bunch of tea from Culinary Teas and I'm currently sipping on their Coconut Creme Chai and it's lovely.  Early I had some of the Key Lime Black.  It's very flavorful...but easy to over infuse and go bitter.  With a little more attention on my part would have been very good.  My mistake certainly NOT theirs.

In other news I received another smaller shipment from The Raw Food World today and here are some of the photos. 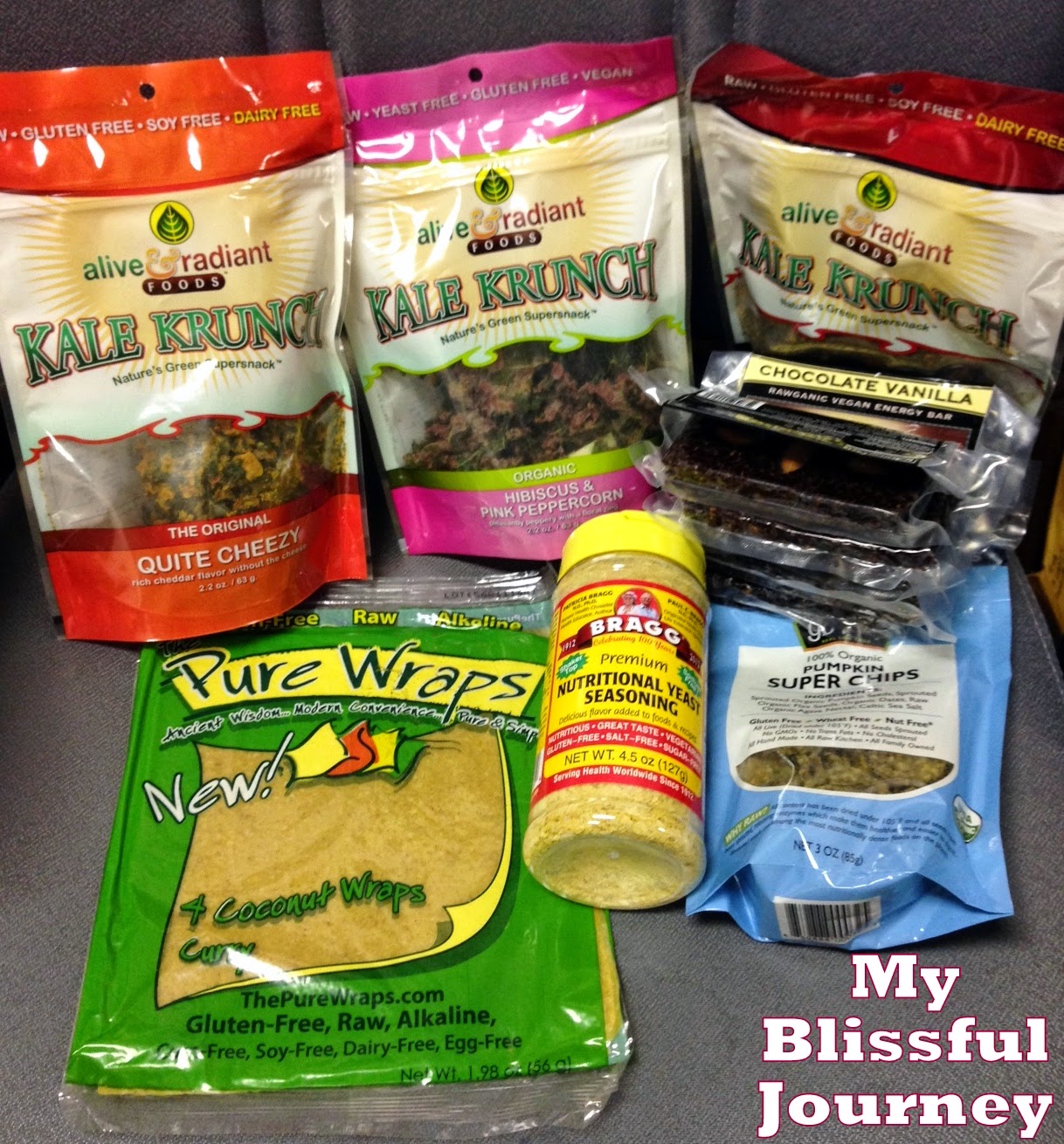 They were having a MAJOR Inventory Blow Out Sale and I HAD to grab some things...plus...I ran out of Cashews and was low on Nutritional Yeast.

I was really excited to order Jason Wrobel's Simple Vegan Classics on DVD.  He's so entertaining!  I also FINALLY grabbed a few of the Gopal's Nori Wrapped Energy Snacks because they were on sale!  I grabbed the Masala, Curry, and Italian Flavors.  Not that I needed it - but it was drastically deduced in price - was the Raw Coconut Butter with Coconut Blossom Sugar.  I also grabbed 5 Chocolate Cacao Bars for a friend of mine...she's loves them and she's NOT raw or vegan...some Raw Crusts that I like to use for Breakfasts or Snacks....Kale Chips that were all on sale, and Pumpkin Super Chips...again on sale.  One other item I wanted to try and it was reduced in price was the Pure Wraps - the Curry flavor - they are coconut based.