Since I didn't blog yesterday - today is my first Vegan MoFo Post of 2014!  Happy Vegan MoFo!

I have a lot of things to blog about but want to hold off on the updates on Paco since we have another appointment later today.  I do want to THANK everyone who has sent well wishes, vibes, prayers, thoughts, and such!  I appreciate it so much, thank you!

Jumping in with this first post for Vegan MoFo - I want to talk about using left overs as well as using a food that I have used in a multiple dishes this past weekend. 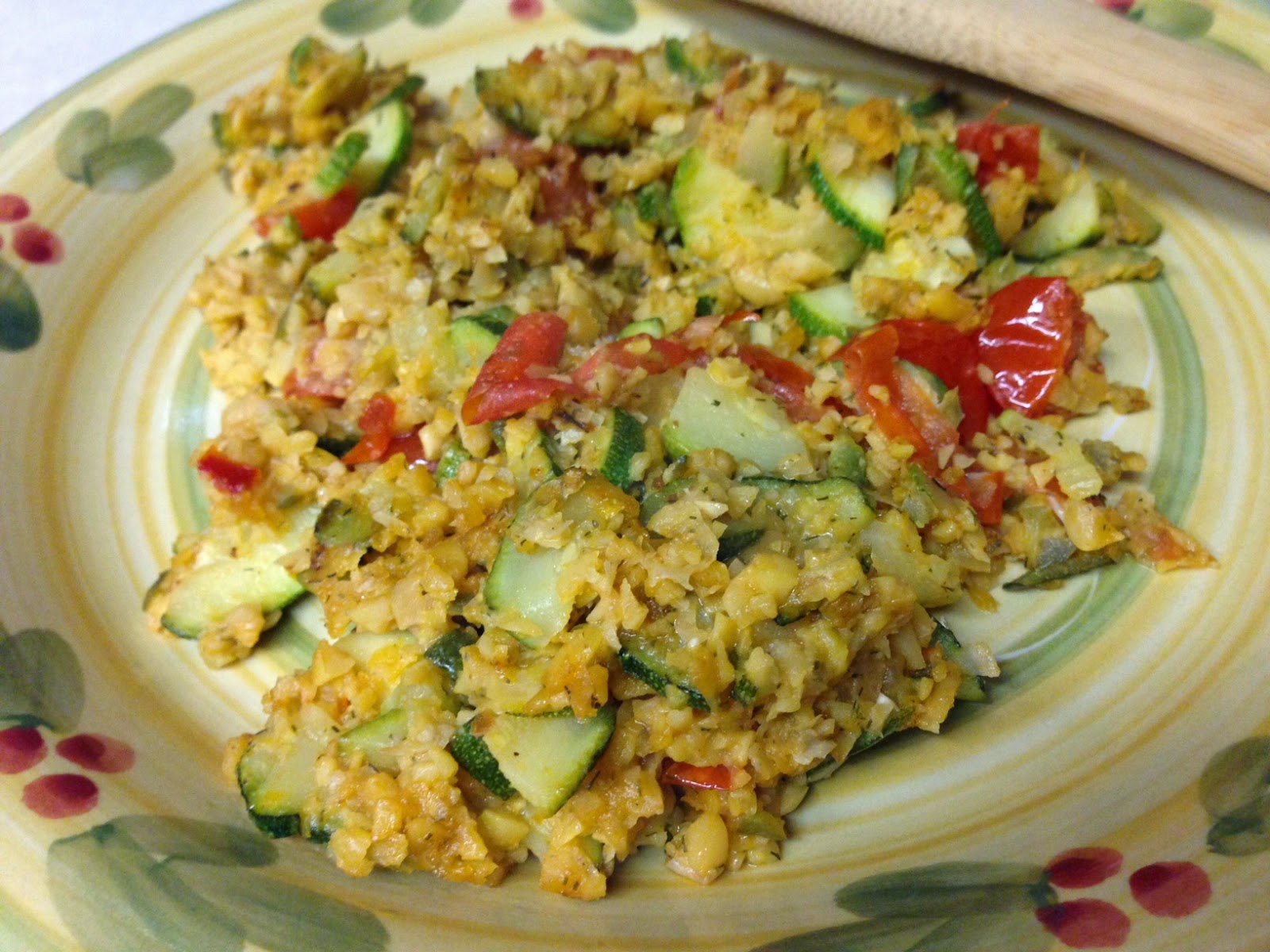 It officially started with a Chickpea Salad that I had made using Chickpeas, Chipotle Vegan Mayo, and Pickle Relish.  Even tho I don't have a photo of that - it was simple and it made a large batch.  I had a couple of sandwiches out of it as well as a side dish.  I then decided to take it one step further and made this mash out of it...I added the leftover Chickpea Salad to cooked zucchini and tomatoes that I did on stove top with a little Garlic Grapeseed Oil and a little Dill.  I combined the leftovers with the newly made dish here.  That was another meal.  From there I made some baked tofu as you can see in the first photo.  I used Hemp Oil and some Wildtree California Garlic Pepper as the seasoning.  It turned out pretty awesome. 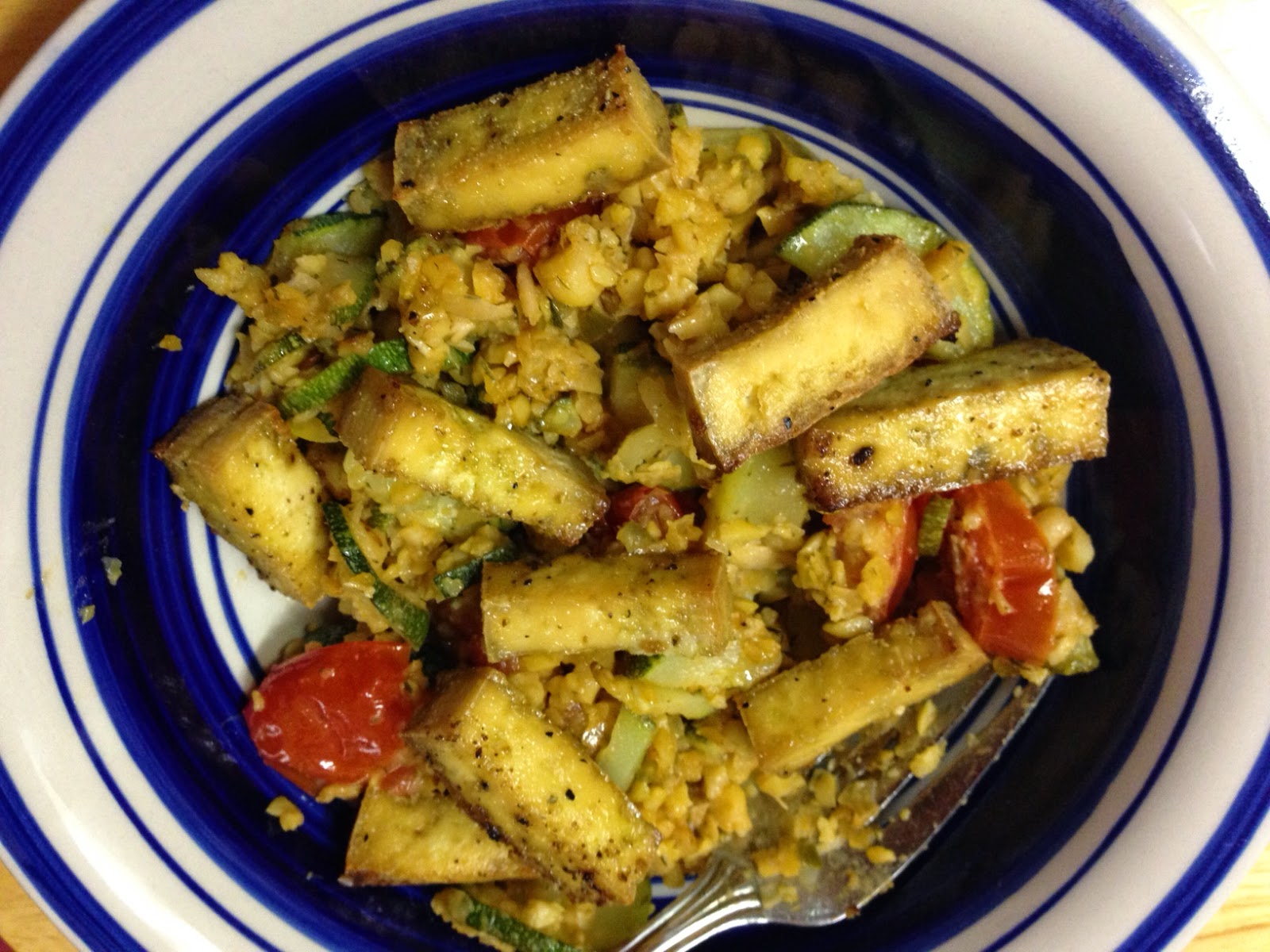 I snacked on the baked tofu.  But then I added it to the leftover mash combo for another meal idea.

But I didn't stop there!  I then cooked up about 1/4 C of Red Quinoa and added the final leftovers to yet another meal.  You can see this photo below.  I have to say I was very impressed with myself.  Getting multiple meals out of leftovers but also creating new meals as well as new leftovers and then new meals from those leftovers! 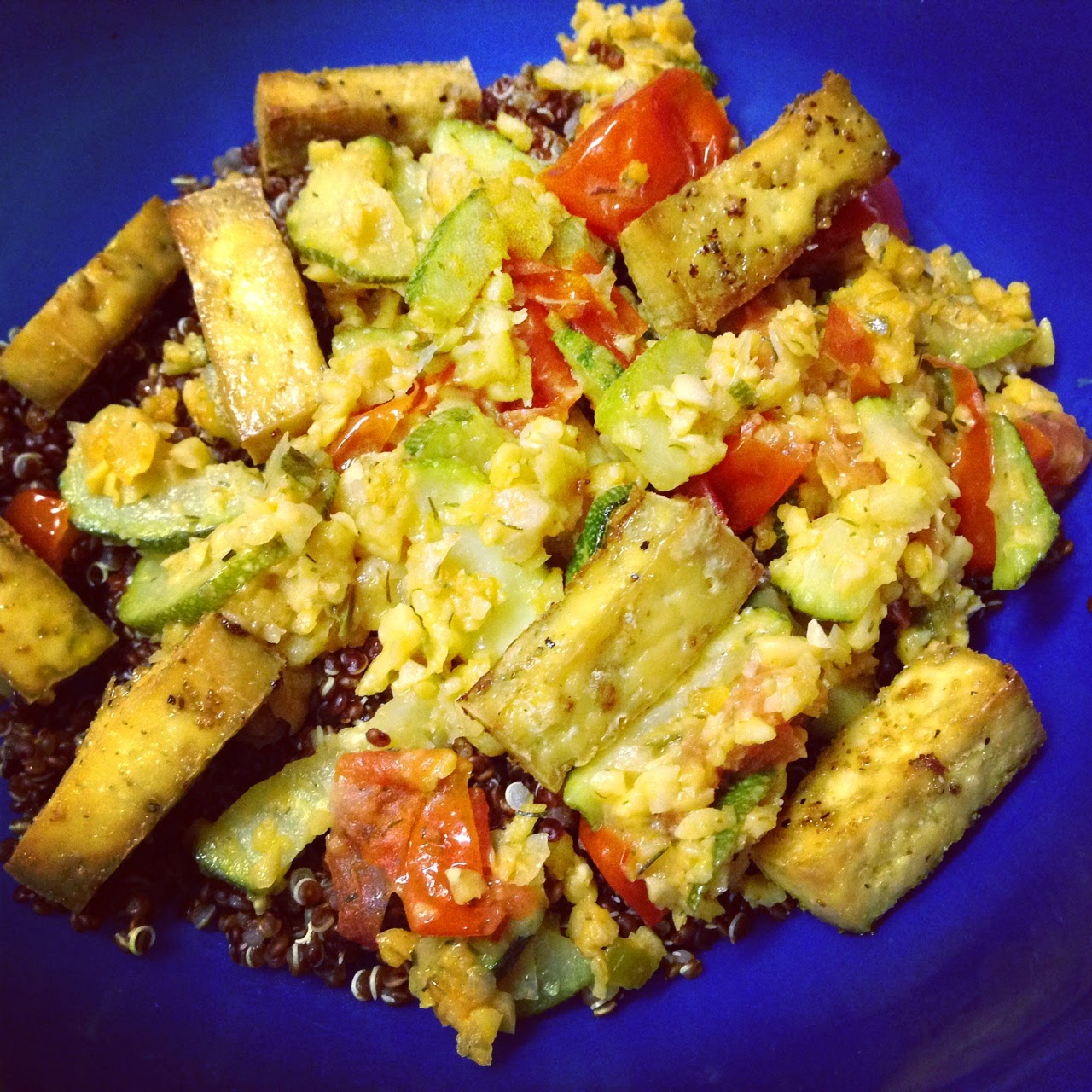 I am not the best at re-thinking meals using leftovers.  I usually just use them as-is and eat them as straight-up leftovers.  But I want to take that to the next level.  I know we shouldn't eat the same thing over and over - we need to get a diverse diet with different foods and different food combos.  But at the same time I don't want to waste food.  That's another reason why I want to push myself in the leftover department.  This may be a sub-category to my 2014 Vegan MoFo Adventure.  But I want to stick with my annual theme and blog about new-to-me foods and recipes, too, so you will be seeing a lot of that here on my blog this month!
Posted by Unknown at 9:07 AM